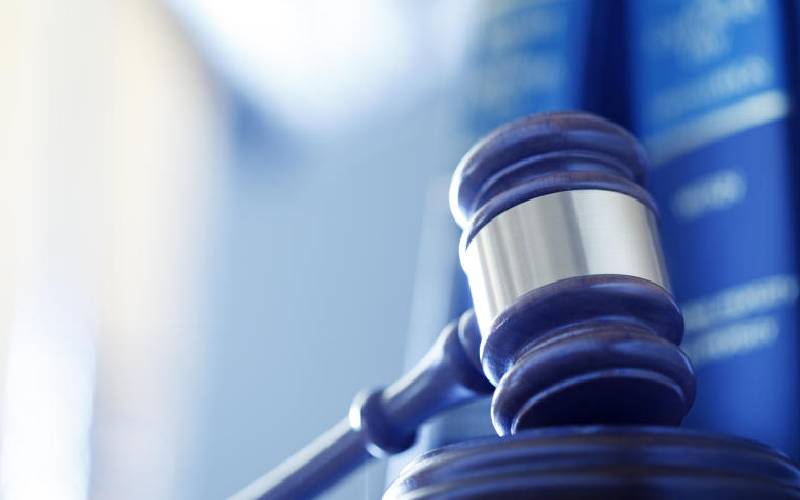 Governors forced out of office due to corruption charges may be allowed to access the county headquarters before conclusion of their cases should a new Bill become law. A High Court ruling currently bars county bosses from stepping into their offices to stop them from tampering with evidence or intimidating witnesses. Under provisions of the Anti-Corruption and Economic Crimes Act, the affected governors can be out of office for up to 24 months, which is the stipulated period within which such cases are to be determined.

However, a proposed amendment to the law seeks to limit to 90 days the period within which a court order directing a public or State officer to stay away from office can be in force. The Statute Law (Miscellaneous Amendment) Bill 2020 proposes "to amend the Act to allow a public officer whose case is not concluded within 24 months to apply to the court for his or her suspension to be lifted, and to allow the commission to apply to court for an order for a State officer under investigations or charged with corruption or economic crimes to be temporarily restricted from specific access to their office for a period not exceeding 90 days." Among the governors facing corruption charges who have been barred from accessing their offices are Nairobi's Mike Sonko and Samburu's Moses Lenolkulal. Busia's Sospeter Ojaamong faces a similar fate after the court recently ruled he had a case to answer over graft charges. Currently, Section 62(1) of the Act requires corruption cases to be concluded within two years from the date a public officer is charged and automatically suspended from office.

It reads: “A public officer or State officer who is charged with corruption or economic crimes shall be suspended, at half pay, with effect from the date of the charge until the conclusion of the case; provided that the case shall be determined within24 months. “A suspended public officer who is on half pay shall continue to receive the full amount of any allowances. The public officer ceases to be suspended if the proceedings against him are discontinued or if he is acquitted. “This section does not derogate from any power or requirement under any law under which the public officer may be suspended without pay or dismissed. The following shall apply with respect to a charge in proceedings instituted otherwise than by or under the direction of the AG. "This section does not apply to the charge unless permission is given by the court or the AG to prosecute or the proceedings are taken over by the AG and if permission is given or the proceedings are taken over, the date of the charge shall be deemed, for the purposes of this section, to be the date when the permission is given or the proceedings are taken over.” The law, however, does not provide what is to happen if the case is not concluded within the two years.

The Bill also seeks to amend Section 62 (6) of the Act to provide for the Ethics and Anti-Corruption Commission (EACC) to apply to the High Court for an order to force out of office a State officer under investigation on suspicion of engaging in corruption or committing an economic crime. “The commission may seek for an order barring an appointed State officer who is under investigation for or has been charged with corruption or an offence of economic crime from accessing a public office or exercising specified powers of that office,” reads the proposed amendment. A section of the Bill says State officers who fail to sign the leadership and integrity code risk losing their positions. The Bill proposes that any person can apply to the High Court to invalidate the Assumption of Office of any such public servant. The Leadership and Integrity Act is also set for change to enforce Chapter Six of the Constitution. The EACC will now verify the contents of the self-declaration form and advise Parliament or the panel constituted for short-listing of persons for appointment as State officers on their financial integrity. Section 14 of the Bribery Act is also set to be amended to allow 'any person' — not just those holding a position of responsibility — to report any suspected case of bribery to the EACC. Positions of responsibility Only State and public officers — and those holding positions of responsibility within private firms — are currently lawfully required to make such reports to the anti-graft body. The EACC will also get new powers to seek ex parte orders from the High Court barring appointed State officers under investigation, or who have been charged with corruption or an offence of economic crime, from accessing a public office or exercising specified powers. The move will have an impact since State officers include the president, deputy president, Cabinet secretaries, MPs, judges and magistrates, and members of independent commissions. The Bill further proposes that such suspended officers will be entitled to half pay and if their case is not concluded within two years they will apply for reinstatement to the trial court. While determining such a request, the Bill proposes that the court will hear representations from the EACC and the Director of Public Prosecutions. The Bill proposes to amend the Procurement and Asset Disposal Act by introducing a new clause which states that the tender sum as submitted and read out during the tender opening shall be absolute and final and shall not be subject to correction, revision, adjustment or amendment in any way by any person or entity. It will also empower the DPP and the EACC secretary to be members of the Anti-Money Laundering Advisory Board.