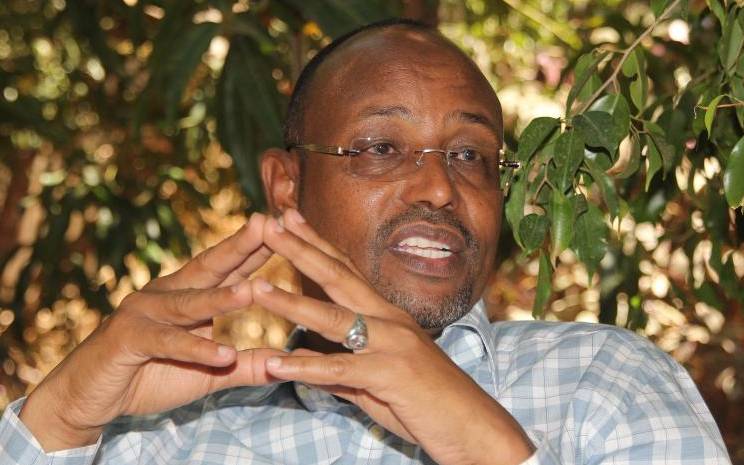 Former Wajir Senator Abdirahman Ali Hassan has asked police officers to trace his driver who allegedly stole his Sh2.1 million from his car in Nairobi.

Hassan (pictured above) told police that he had gone with the driver up to Kenyatta International Convention Centre and parked his car there and left it with him.

Therein the four-wheel-drive car that contained Sh2.1 million was rucksack.

R&B stars to serenade Nairobi fans with sounds of 90s

Top US music group to perform in Kenya this Valentine

He said the incident happened on Wednesday at about 3.30 pm. When he came back from a meeting he found the car missing with the driver. He apparently did not respond to his calls.

He reported the matter and police later said they found the car abandoned outside Nyayo House with the keys hanging on the ignition section.

Central police boss Mark Wanjala said they had not traced the driver and efforts to get him were ongoing.

“We have dispatched teams to look for him. We are investigating the incident,” said Wanjala.

Meanwhile, police are looking for two suspects who were captured in viral video robbing a man along Kindaruma Road, Nairobi.

The gang was riding on a motorbike which dropped them before they confronted the victim and took away his bag and other belongings at gunpoint on Thursday morning.

The CCTV footage was taken as the man was walking from his house to his workplace. The gang jumped onto a motorbike and escaped to unknown place.

Police said they had traced the gang to Kawangware where they are believed to be operating from.

Director of Criminal Investigations George Kinoti said teams are in the field looking for the gang for grilling.

“DCI detectives based at Kilimani are in receipt of this footage and have commenced investigations to bring the culprits to book. Thank you for sharing this," said DCI in a Twitter post.