The Government’s plan to create some jobs for the youth and the vulnerable could prove to be a tall order.

Everyone wants to grab the few slots available on the registration desk put up at Mukuru slums, disregarding the Ministry of Health guidelines on social distancing.

Hundreds of residents of Mukuru Kwa Reuben slum in Nairobi reportedly scrambled for the few job opportunities that were announced by President Uhuru Kenyatta to cushion the youth and vulnerable members of the society from the effects of coronavirus.

The residents who turned up were seen disregarding the social distancing rule as they fought for the few opportunities that were being distributed by the national Government.

“We are over 500 people here who are trying to get these few opportunities. Everyone is struggling to get a chance to be registered and the social distancing is not adhered to, “said Future Mukiri, one of the youth leaders in the area. 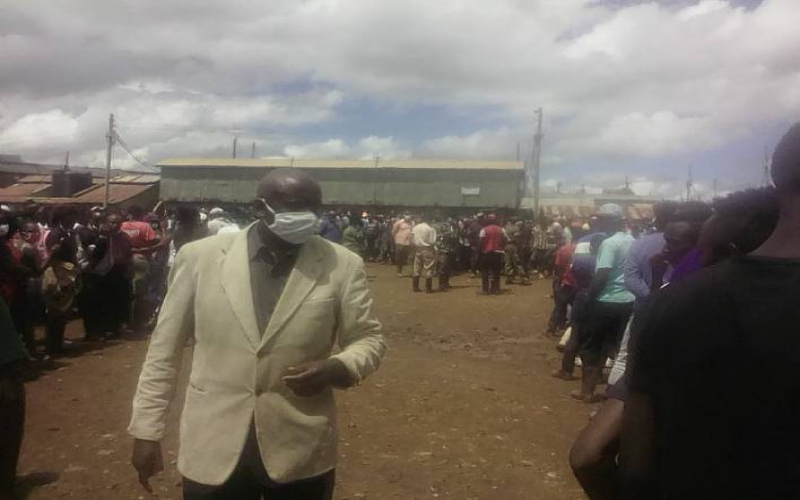 The Government has banned social gatherings, limiting the number to a maximum of 15 people at one place.
“All religious crusades, gatherings, meetings interschool events and all events that of huge public nature have been suspended,” said Health CS Mutahi Kagwe

According to other sources who talked to Standard Digital, the registration process has attracted many residents who lived within and outside the slum, which clogged the process.  Their only hope of getting a meal stood at being put in the list of those who would get the jobs announced by the government.

David Ndirangu who is the area chief said the situation forced them to call off the process and are now looking for alternatives to control the crowds.

A similar situation was reported in other slums such as Kibra, Kawangware, and Mathare as the residents struggled for the scarce opportunities.

The Kenya National Bureau of Statistics puts the number of those dwelling in slums at 10 million. Apart from being jobless during the Covid-19 period, these residents live in a danger of contracting Covid-19. Hygiene and social distancing is seldom adhered to in these places.

Residents mostly live in single rooms, which are clustered, dilapidated houses with roofs and ceilings that are frequently leaking. At times, 10-12 people reside in one room, sharing one bathroom and toilet among other neighbors. 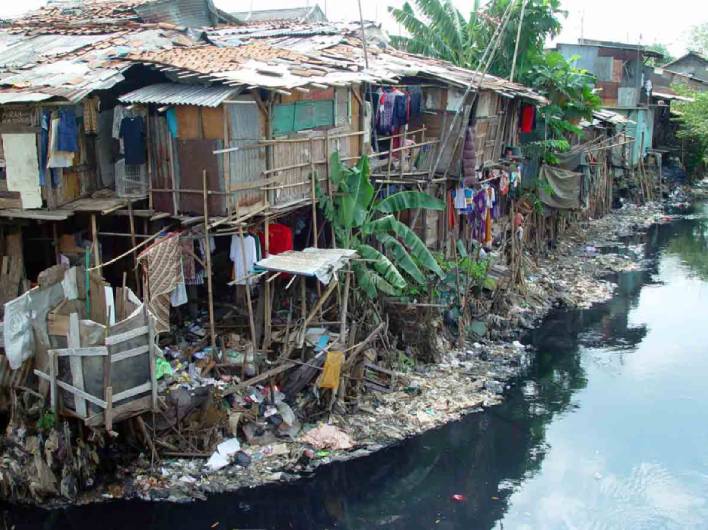 Normally, the streets are narrow with stagnant sewage water. The people in these areas live from hand to mouth.
Most of the slum dwellers are casual labourers, who live in abject poverty. Many of them lost their jobs immediately coronavirus hit the country. Some now have nothing to put on their tables in order to survive the crisis.

The youth had turned up following President Uhuru Kenyatta’s directive to create the National Hygiene Program aimed at creating jobs for the youth while taking care of the environment.

The President announced that the project would start on April 28 and it will benefit over 26,148 youth, who mostly live in slums. The number of beneficiaries is expected to grow gradually to hundreds of thousands in a month’s time.

"This initiative added to the already existing 108,000 vulnerable households that are presently receiving direct cash grants, and the Sh8 billion that the senior citizens program and the vulnerable families are getting, will continue to offer tangible relief to our families," he stated.

The President also said that over 4048 tailors would be tasked with making of more than 250,000 masks per day. The individuals would be selected from the informal settlements.

He also announced that measures were being put in place to ensure that those being employed would work under proper standards and protocols to reduce the rate of infection.

This comes as the pandemic continues to rise by day in the country. Kenya now has 384 positive cases after 10 more people tested positive yesterday.