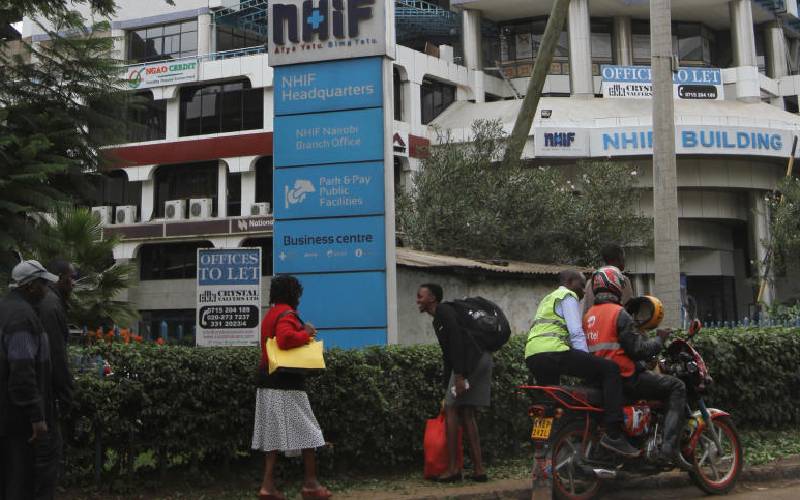 The Ethics and Anti-Corruption Commission (EACC) is investigating whether the right procedure was followed in the recruitment of the new National Hospital Insurance Fund (NHIF) CEO Peter Kamunyo.

Sources said the anti-graft agency has summoned NHIF board chairperson Hannah Muriithi to record a statement over alleged failure to seek EACC's clearance of candidates shortlisted for the post.

In a letter dated April 17, EACC’s boss Twalib Mbarak asked Mrs Muriithi to provide a written explanation as to why the board did not submit the list of shortlisted candidates for integrity clearance.

“It has come to our attention that the board proceeded to interview and appoint Dr Kamunyo as the CEO of NHIF without any reference to the commission regarding the integrity verification suitability of the appointed and other candidates,” read the letter.

Maj (rtd) Mbarak added: “This failure not only amounts to obstructing the commission in the performance of its duties but also negates the essence of Chapter Six of the Constitution.”

The letter was copied to Head of Public Service Joseph Kinyua and Health Cabinet Secretary Mutahi Kagwe. The NHIF board’s chairperson has until May 4 to furnish EACC with the relevant documents.

He said compliance with Chapter Six of the Constitution is a mandatory requirement before any person is appointed to a public office.

It is routine as per the Constitution for EACC to do a background check of shortlisted candidates or nominees to State and public offices.

Kamunyo’s appointment was announced through an advertisement in the local dailies. He was to assume office on Tuesday, April 14.

NHIF had in February shortlisted three candidates for the position following a series of interviews conducted by the board.

The board, however, ordered a fresh round of interviews.

Kamunyo has replaced CEO Geoffrey Mwangi who has been facing graft-related charges alongside others.

Until Kamunyo's appointment, the position was held by Nicodemus Odongo in an acting capacity.

Before joining NHIF, Kamunyo was the CEO of MedSource Group Limited, where he had worked since 2017.