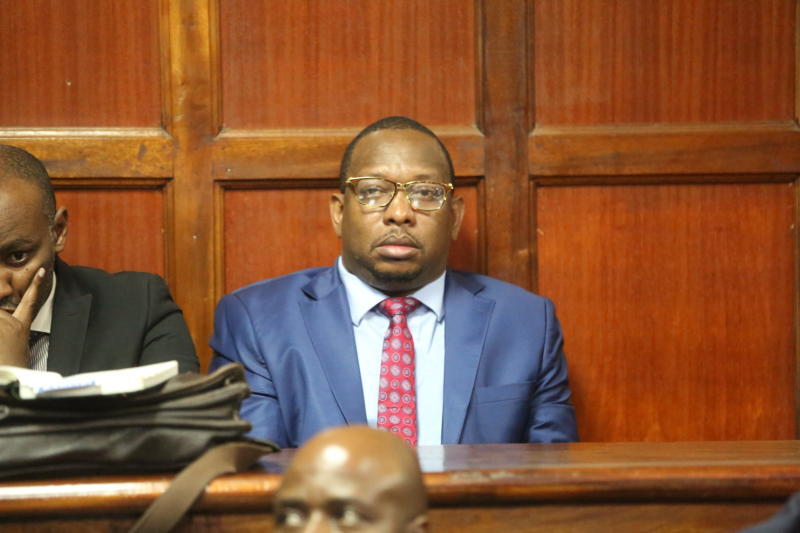 Nairobi Governor Mike Sonko (above) has until Thursday to assent to a Bill handing over half of City Hall’s budget to the National Metropolitan Service (NMS).

The Nairobi County Assembly during a special sitting on April 3 approved the supplementary estimates and Appropriations Bill that among others handed over Sh15 billion to the NMS.

The NMS will oversee four functions surrendered to the county government. These are health, planning and development, transport, public works and ancillary services.

County Assembly Budget and Appropriations Committee chairman, Robert Mbatia yesterday confirmed that the Sonko's administration had acknowledged receipt of the supplementary bill last week and would be giving feedback this week.

Why Nairobi won't get a substantive governor soon

In the supplementary estimates approved by the House, the Nairobi Metropolitan Service was handed half of City Hall’s Sh36.9 billion budget for the 2019-20 financial year.

Others are trade, commerce, tourism and cooperatives, finance and economic planning, ICT and e-government.

The assembly slashed approximately Sh203 million from the budget of the Office of the Governor.

The recurrent allocation for general administration and support services programme under the Office of the Governor and the Deputy Governor was reduced by Sh98 million.

Coronavirus-linked flight restrictions are hampering efforts to wipe out locust swarms on the verge of devastating crops in East Africa.