Senator Sakaja wants Nairobi to be treated as special county 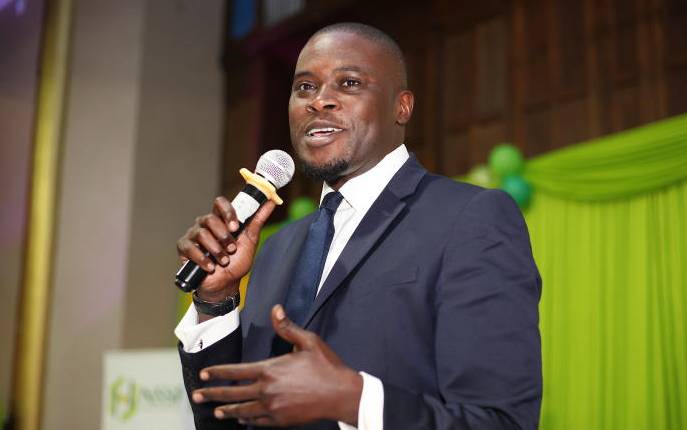 Nairobi County parliamentary caucus leaders have proposed to have the Capital treated as a special county.

Senator Johnston Sakaja (pictured) has told the BBI steering committee that there is a need for a co-operation between Nairobi County and the National Government.

“One individual mistake should not be generalised because there are many county officials who can still deliver their functions,” added Sakaja.

“BBI commission should consider youth unemployment issue seriously with provisions for the incentive to the private sector and small and medium-sized business,” he said.

In their report, the group said they wish to affirm the strengthening of the recommendations providing for political inclusion, shared prosperity and economic opportunities for all.

Sakaja opposed having all the 290 constituencies retained whether or not they reach the minimum threshold of 40 per cent or below for the population quota provided for in the Constitution.

“This means the rights of the people of Nairobi to fair and equal representation will be severely diminished if this is to be the case,” said Sakaja.

He proposed that the current provisions on the representation which uphold the equality of the vote to be trained with constituencies not meeting the population’s quota being redistricted or scrapped so as not to disenfranchise citizens who deserve equal and fair representation.

“We recommend a hybrid system of representation retaining 290 seats as currently delimited but with additional virtual seats being created for counties like Nairobi be developed” added Sakaja.

Meanwhile, Nubian Community in their presentation to the Steering Committee on the BBI task force said they want to access Nationality.

“We have for years been marginalised even within the Muslim context. Nubians are Muslims; unfortunately, opportunities meant for Muslims are only given to the Somali and the Coastal region communities, “said Ali Hussein, Chairman of Nubian Rights Forum.

They decried prolonged wait for documents such as national ID’s, Passports and birth certificates.

“We therefore request that they be given within the shortest time possible,” said Hussein

They want nomination slots on appointive seats at the National Assembly, Senate and County Assembly. In consequence, they oppose the proposal to scrap the Senate nomination as they see it as the only opportunity for a Nubi to be in Senate.

They want to be included in government projects, and youth, women, and people with special needs be given first priority in any project undertaken in Kibra, Nairobi or other parts of the country.

“We want to be given permanent slots in the disciplined forces and police service,” said Hussein.

“We recommend the slots for the communities should be clearly outlined and defined for the purpose of religious inclusivity,” Said Asha Soso, a Nubian Politician.

She added that Nubian community of Kenya is composed of up to 100,000 descendants of people originally from the territory of the Sudan, who were brought to Kenya over 100 years ago to serve in the East African Rifles, a regiment of the British colonial armed forces.

“We are discriminated against in that we are required to go through a long and complex vetting procedure to obtain the ID card that is necessary for recognition of their citizenship and essential for everyday life,” said Sosso.

They say they are the only non-border ethnic group required to go through a complex and humiliating vetting process to secure the ID card that is essential to obtain recognition of their Kenyan citizenship, contrary to Articles 2, 3, and 19 of the African Charter.

“We have never been given legal protection for their ancestral homeland of Kibera, contrary to Article 14 of the African Charter, “said Sosso.

They are urging the government to relocate and compensate the people living in the area under the title to enable them to invest and develop the land effectively as stipulated in the Resettlement and relocation bill.

They say that the land currently has no commercial value to the community as at now; hence, they are requesting for exemption of tax on a land rate for 10 years at least to enable us fully commercialize and develop the land.

“That’s our plea to the National and County government,” said Hussein

Being a minority community Kenya we want to be recognised by a number like Makonde, Indians just to mention a few.