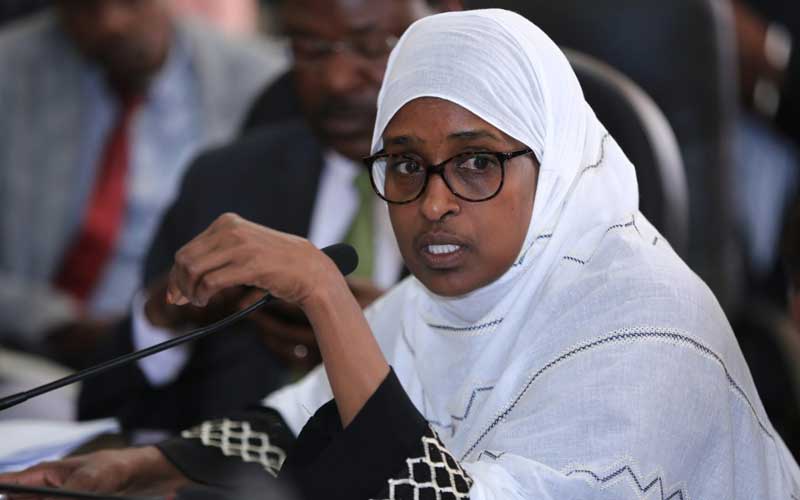 A new bill is proposing tougher life style audit regulations for public servants as part of the war against corruption.

The bill also seeks to incorporate values and principles of governance under Chapter Six of the Constitution into the public service.

“Despite evidence showing that there are officers living beyond their means, there is no legal framework to put these perpetrators of corruption behind bars,” Ms Farhiya said while moving the bill.

“Due to the hidden nature of corruption, we need a legislation to ensure that the wealth one acquires is explained in a manner that is fair and just."

In its fight against corruption, Kenya has already passed the Anti-Corruption and Economic Crimes Act, Public Officers Ethics Act, the Leadership and Integrity Act, the Public Service Values and Principles Act, the Bribery Act, the Proceeds of Crime and Anti-Money Laundering Act, the Public Finance Management (PFM) Act and the Public Procurement and Asset Disposal Act.

“Despite many laws being mooted corruption, is still rampant. Tackling it continues to be a challenge,” said Farhiya.

The proposed law makes it easy for investigating bodies to get search warrants from courts before conducting searches on public officers.

The bill also allows for searches to be made without a warrant in exceptional cases where the investigating agencies believe the evidence could be destroyed.

The bill makes it an offence for someone to lie to investigating agencies in a lifestyle audit process.

Makueni Senator Mutula Kilonzo, while speaking in support of the bill, said: “Stealing is fashionable in Kenya. It is part of us and so, we have to legislate against it."

Machakos Senator Boniface Kabaka said a person should not be seen to live beyond his  means.

“If your salary is Sh100,000, then you cannot afford a chopper. If you get a chopper, then you must explain the source of your wealth. If you are unable to explain, then you are corrupt," said Mr Kabaka.

Nominated Senator Agnes Zani, while supporting the bill, said it is possible to ascertain the ability of someone's purchasing power.

Muranga Senator Irungu Kangata said the bill does not call for creation of unnecessary agencies.