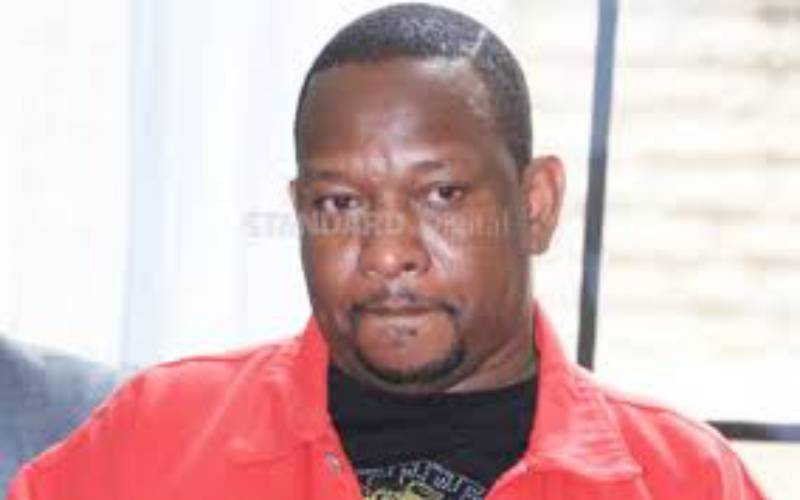 Sonko (Pictured) is accused of abuse of office, irregular tender awards among other issues.

He is also accused of violating the constitution and incompetence.

The MCA avers that Sonko’s failure to appoint a deputy has paralysed operations of the county government.

Why Nairobi won't get a substantive governor soon

Imwatok holds that Sonko has failed to control County debts and settle bills ashaming the office of the governor.

This comes after Sonko hosted 53 MCAs for “lunch” at his Upper Hill office in Nairobi Wednesday seen as part of his efforts to frustrate his planned impeachment.

Over 60 out of 85 MCAs signed to impeach Sonko before the motion was tabled in the Assembly. The embattled governor is facing corruption charges and has been barred, by the court, from accessing City Hall.

The Standard established that Sonko hosted the MCAs from both sides of the political divide during which he sought to convince them to drop their bid to remove him.

A source said the MCAs were locked in the compound to ensure they don’t attend the afternoon’s plenary sitting at the county assembly. This was meant to ensure there was no quorum in the House.

The source said the governor resorted to such measures for fear the motion was going to be tabled in the House yesterday.

“He was trying to make sure the assembly had no quorum for the notice of motion of impeachment to be introduced. We were only allowed to leave after House business had begun and after he confirmed no motion had been tabled against him,” said the source.