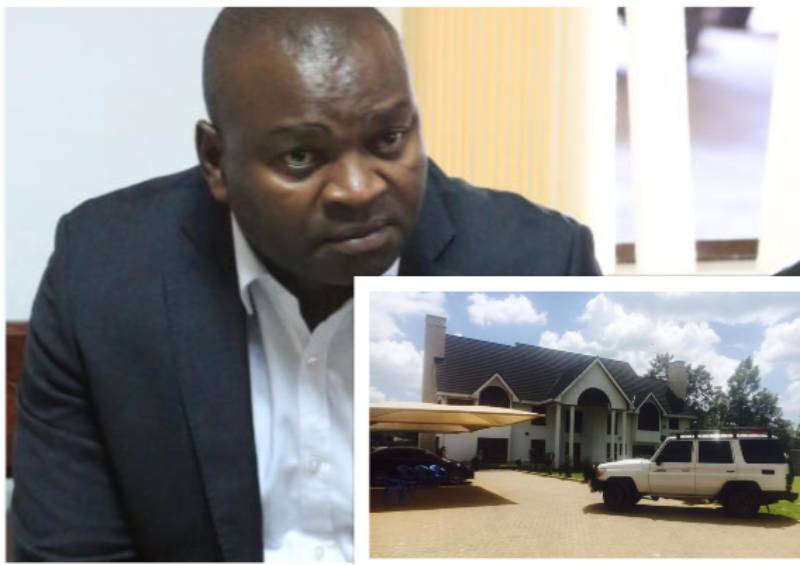 In the raid that is said to have been conducted in utmost secrecy on Friday, detectives checked into the building, which houses Deputy President William Ruto, to view the Closed Circuit Television (CCTV) footage for the period of interest to them.

Besides confirming that the alleged fraud was staged, detectives are also said to be keen to rope in all the ring leaders of the scheme as well as to corroborate the evidence adduced by the victims.

Of key interest, sources said, are three top officials of the office who by the virtue of their positions ought to have been in the know when such a humongous deal was being struck.

These are long-time personal aide of the DP Farouk Kibet, Chief of Staff Ken Osinde and Private Secretary Reuben Maiyo.

“It was not exactly a raid, rather a visit to check a few things,” an officer privy to the operation said. He said all the people involved, whether working for the DP or not, will be questioned in the proper order of time.

Echesa is spending the weekend in police cells as detectives concluded the initial part of their probe. “We are analysing everything before we make further moves, all within the law,” a top officer told the Sunday Standard.

The DP himself was yesterday furious with the turn of events implicating his office. The news that his office was a place of interest to detectives also unfurled a wave of criticism by his political rivals demanding he tells his side of the story.

“Go for the fraudsters. Leave me to serve the nation,” Ruto tweeted in reaction to the Saturday Standard story naming his office as the theatre of the alleged fraud. “The desperation of my political competitors on their choreographed smear campaign against WSR is evident even for fools (whom we have a shortage for) to see. Just wait and see where this will end up. Washindwe!” he wrote.

Yesterday, the probe stretched to the houses of Echesa and the other suspects. The former Sports Cabinet Secretary’s house is in Karen while the others are in Lang’ata. Police carted away documents they thought were relevant to the probe.

One of the suspects is a former military officer who allegedly has been presenting himself as a serving military general. Yesterday, Senate Minority Leader James Orengo led MPs in asking the DP to state what he knew about the scam.

In Nairobi, Lugari MP Ayub Savula urged the DP to record a statement on the events that took place in his office.

“I’m ready and willing to escort the DP on Monday to the DCI to record a statement. This is the second highest office in this country and he should clear the air on this matter. A meeting of such events as the one alluded to cannot be held without the knowledge of the owner of the office,” said Savula.

He said the Office of the DP ought to be protected and a statement for the purpose of clearing the air recorded by Ruto. In Machakos, former Kibwezi MP Kalembe Ndile asked Ruto to resign following a spate of con dealings in his office. “Kenyans had much trust in the DP’s office, only to be disappointed. If the DP declines to quit, the President should intervene to safeguard the image of his government and take appropriate measures even if it means suspending him,” said Ndile.