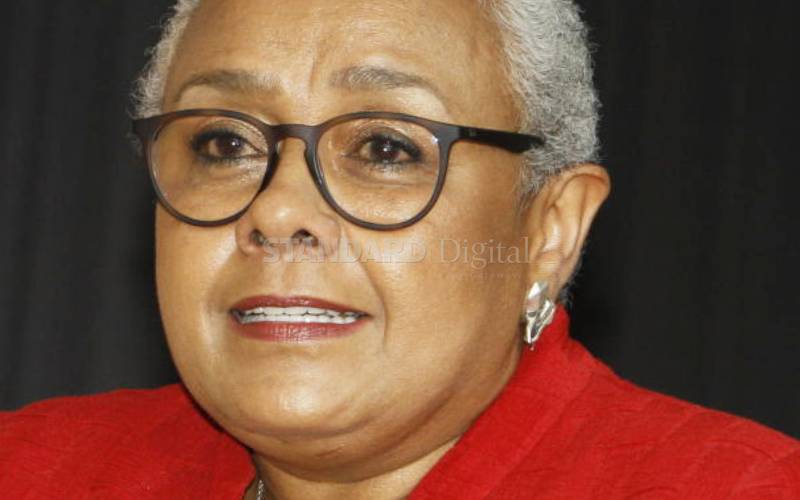 First Lady Margaret Kenyatta (pictured) has said she will continue working towards better healthcare for children.

Mrs Kenyatta lauded humanitarian organisation Save the Children for its work in the most marginalised and deprived areas in Kenya amplifying the voices of children.

She was speaking during an engagement dinner organised by Save the Children’s Africa Advisory Board, the Council of Champions and law firm Anjarwalla and Khan at the weekend.

“Ending malnutrition and premature births is a noble and ambitious goal and a key vehicle to increasing child survival. As you know, healthcare is a priority for the country. My Beyond Zero initiative has championed for the health of mothers and children, reducing the distances they walk to receive primary healthcare services and supported more mothers to access skilled deliveries,” said Mrs Kenyatta.

She added:“Children have little say in decisions and that affect their right to education, protection and assistance and ultimately their future. It is our sole responsibility to protect them. I applaud your organisation’s efforts to support child rights participation and to your noble mission to reach every child with education, health and nutrition, protection and livelihood interventions.”

She noted that that malnutrition remains a public health concern in Kenya and is the single greatest contributor to child mortality.

The First Lady said mothers who suffer from malnutrition are also at higher risk of premature births.

"Malnutrition in children is especially harmful. Malnutrition suffered during a child’s first two years of life damages physical and cognitive development and is sadly irreversible,” she said.

She said a malnourished child has on average a seven-month delay in starting school and potentially a nearly 20 per cent reduction in lifetime earnings.

Research has shown that adults who were undernourished as children are at risk of developing diseases such as obesity, diabetes and cardiovascular issues.

Speaking at the event, Save the Children’s country director Le Wang said the organisation has a mission to reach every  child with education, health and nutrition, protection and livelihood interventions to combat poverty and create self-reliance for communities.

“Ending malnutrition and premature births is a key step in increasing child survival. With the right investment and support we can end these conditions which are preventable,” said Ms Wang.

Save the Children First Lady Margaret Kenyatta Beyond Zero

China donates masks to Beyond Zero