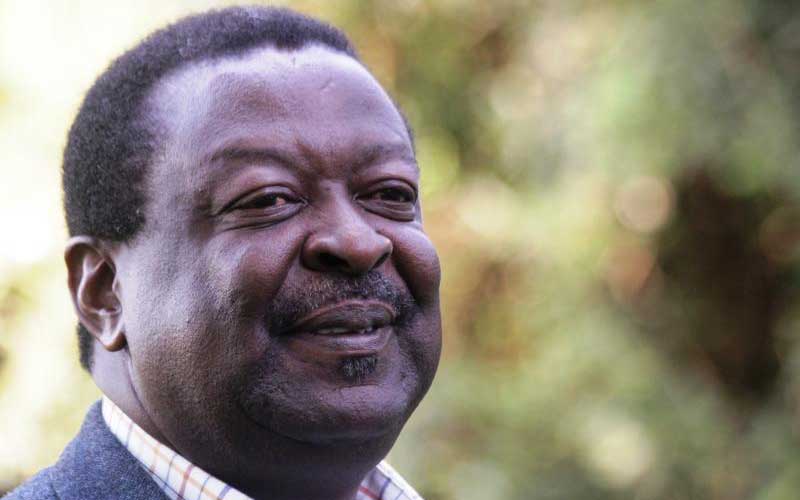 Former Vice President Musalia Mudavadi (pictured) was shocked by the freedom he witnessed at the Nairobi School in the 70’s.

In his autobiography, Soaring Above the Storms of Passion, he says he was surprised that the school’s head prefect George Nyamweya could smoke a pipe in the open. He joined the school after one term at Jamhuri High School.

At the time, Nairobi School was considered an elitist institution with children from well-to-do families bestriding the corridors.

Mr Nyamweya is a former Nominated MP in the President Kibaki administration. “He also had a car, a Citroen, which would often be parked outside his study room,” he says.

In school, they would wear home clothes when they had visitors, including neighbouring schools. It was during those days that the elitism would be in full display.

“Ben Wakhungu was known for having the then exclusive Brut cologne. We would mill around him to borrow his scent. Ben was very generous and did not mind our being rather liberal with his cologne. The whole place would be redolent with Wakhugu’s Brut for the rest of the day,” he recalls.

He says Jogoo House’s desire to knock down the elitism of the school changed the course of events when they brought in a new headmaster who clamped down on the freedom.

“He was a petulant individual given to easy tantrums and completely unable to contain his passions. He seemed to have arrived with express intent of literally bringing down the school,” he recalls.

It was here that he fell in love with rugby. He was nicknamed “Phantom” ostensibly because of his speed. Eseli Simiyu, the current MP for Kimilili was their dorm monitor.

Later, a new breed of students would join them, some who had no clue how to use basic mod cons such as flush toilets.

“One of the most disheartening thing was that there were quite a good number of boys who did not know how to sit on the water closet, or who did not believe they should be sat on. Instead of sitting on this thing, someone would literally climb on it and mess up the toilet,” he writes.

He recalls how he once walked into the toilet and saw someone’s head towering above the toilet door, obviously squatting on top of the closet. It turned out that the boy was in Form Five and when he raised the matter with the house master George Godia, (the former Education PS) he was thrashed alongside the offending senior.

His mistake? Embarrassing his senior.

Later, he would become the head of Kirinyaga House in 1978 before joining University of Nairobi to study Land Economics where he experienced more freedom.

During an outing, an unnamed “respected literary gentleman and publisher” attempted to get overly cozy with Mudavadi’s colleagues, tapping them seductively before pulling one aside and asking for an intimate relationship.

“Our friend came back fuming. We told the publisher a few nasty things and abandoned him to his flat, his drinks and his queer habits. I believe in peoples rights and freedoms. Yet I will always find it difficult for people to be openly gay, or even attempt to impose their gay thoughts on other people,” he says.

Here, they would lift liquor from high-class hotels and pubs and enjoy the Nairobi night life.

He also recalls how he was caught up in the 1982 coup and was arrested alongside David Murathe (former Jubilee vice chairman). Upon release he was dispatched to Mululu in Vihiga County for eleven months.

After university, he worked briefly for National Housing Corporation before moving to Tysons where he worked until he joined politics.