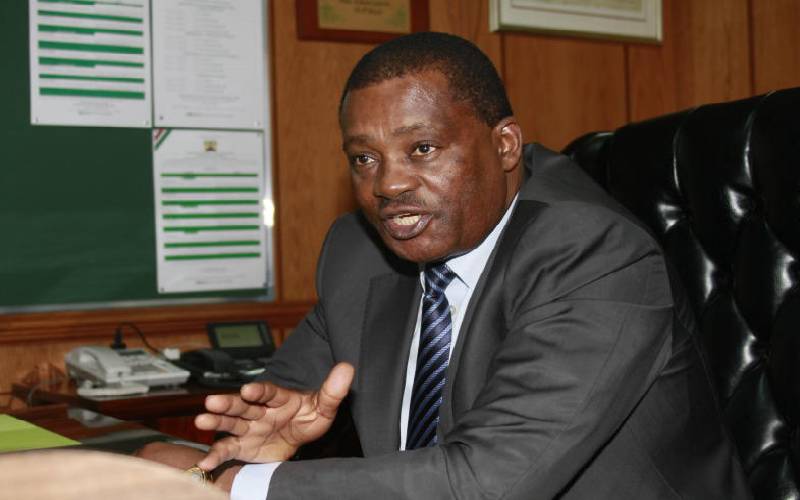 National Assembly Speaker Justin Muturi (pictured) has maintained that implementation of the Building Bridges Initiative (BBI) report should be a people-driven process.

Mr Muturi explained that the report cannot be brought to Parliament in its current form, and can only be brought to the House through a Bill or a policy for adoption.

Muturi said the document will be mutilated at the hands of the politicians.

He admitted that since 2013, there is no constitutional amendment that has successfully been prosecuted in the august House, adding that politicians have a tendency to pick what is in their interest and run away with it.

“Since 2013 there is no constitutional amendment that has been successful in Parliament. Politicians have a way of picking what is in their interest and running away with it. Parliament can only receive the document in form of a policy or a Bill,” said Muturi.

The speaker, who was addressing journalists in his office, also dared politicians who have threatened to impeach him over his stand to go ahead and do so.

Gatundu South MP Moses Kuria has said he will initiate impeachment proceedings against the speaker.

“Draft a motion and bring it here and I will approve it. You don’t impeach a speaker through social media or in funerals,” Muturi dared Mr Kuria.

“We did not originate the BBI report and, therefore, we cannot receive it. This document still remains out there for Kenyans to read and understand. The BBI report has not been distilled or reduced to what Parliament can now work on,” said Muturi.

He said Parliament will be usurping the powers of President Uhuru Kenyatta, who formed the BBI task force, if it decides to take the document in its current form.

The speaker, who is also the chair of the Parliamentary Service Commission, voiced his concern that there are some aspects of the BBI report that do not require a referendum but only an amendment to the existing laws.

Allies of Deputy President William Ruto, led by Senate Majority Leader Kipchumba Murkomen, said only contentious issues that might emerge during the debate in Parliament should be taken to the public for approval through a referendum.

Muturi also took a swipe at some MPs who lack faith in the institution they are serving and asked them to resign. This is after some legislators allied to President Kenyatta and ODM leader Raila Odinga claimed that if the BBI report was brought to Parliament, there was a likelihood of some members being bought off to scuttle the process.