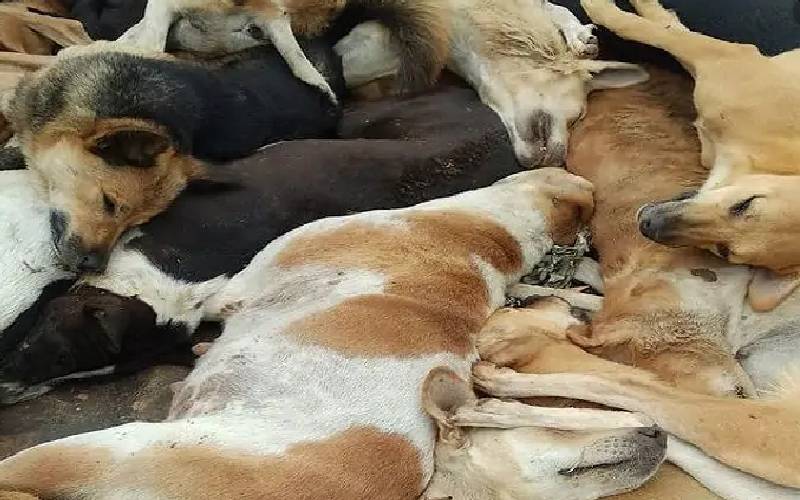 In the newsroom we say, when a dog bites a man, it is not news. But when a man bites a dog, it is news.

On Thursday, one Martin Munene from Tharaka Nithi County did more than bite a dog. He slaughtered, cooked and ate a dog!

That is how Munene made news after he was arrested for slaughtering and eating his dog. He was later released after the Director of Public Prosecutions (DPP) Noordin Haji intervened.

Munene was a hungry man on the verge of starving. He hadn’t eaten for a whole three days.

Instead of stealing or begging for food, he looked round and decided to turn his dog into dinner. What he may not have known is, in Kenya, it is a crime to slaughter and eat a dog.

When he was arrested at Karimba village in Tharaka Nithi, Munene said he had gone for 72 hours without a meal, and had no option but to urgently put something in his stomach.

Dogs are not eaten in Kenya

In Kenya, dogs are not classified as food animals, hence slaughtering the animal is illegal because the government does not inspect dog meat or approve their slaughtering.

There are several animals listed in the Meat Control Act that can be eaten. The Act lists pigs, goats, cows, sheep, chickens, geese, ducks, pigeons and Guinea fowls as some of the animals that can be eaten. A dog is not on that list.

Seemingly, Munene was in breach of the Meat Control Act and the Prevention of Cruelty to Animals Act that abolishes the cruel slaughtering of animals.

After DPP Haji intervened, he directed the County Criminal Investigations Officer (CCIO) to liaise with the County Commissioner to provide Munene with adequate food.

“DPP Noordin Haji has directed for the immediate release of the man arrested for slaughtering and cooking a dog for lack of food at Tharaka Nithi County. He further directed county CCIO to liaise with County Commissioner to provide (the) man with adequate food,” tweeted the DPP’s office.

The Tharaka Nithi incident had rekindled the debate that was started by Nairobi Governor Mike Sonko in July when he hinted about a plan to make dog meat available for sale and purchase in Nairobi.

While sharing a video of a dog market on his Facebook page, Sonko said time was nigh to have a dog market in Nairobi so that consumers can get the dog delicacy.

“We are in the process of identifying a market for stray dogs in Nairobi where we shall be recruiting and bringing together the entire dog eating nationalities and open for them a koroga club where they'll be buying slaughtered stray dogs ready for cooking or eating,” posted Sonko. 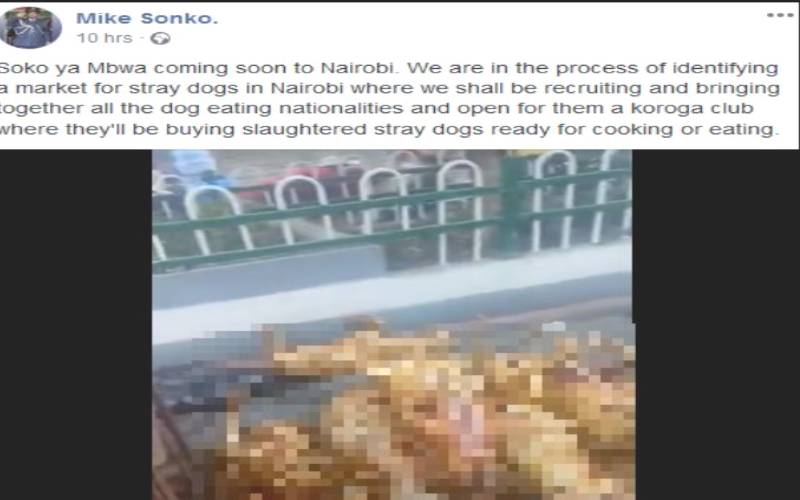 The Sonko post revealed Kenyans disgust against the consumption of dog meat. They condemned any attempt to make dog meat legal.

After the news of Munene’s arrest, Kenyans said it was unfair to arrest Munene because he picked the dog because he had nothing else to eat.

Dog meat is a common delicacy in China, Switzerland, South Korea and in parts of Nigeria.

In Nigeria, dog meat is cleverly marketed as a cure for malaria and a repellent against witches and wizards.

In Calabar, Nigeria, live dogs are bought and sold at the Danwaki dog meat market. Many dogs are traded for palm oil, also known as “red gold.”

There are many dog meat eateries in Calabar where dog meat sells as fast as its cooked, and is washed down with hot local beer.

One of the largest dangers of dog meat is the spread of rabies to both animals and people. This explains the widespread cases of rabies in Asian Nations such as Philippines and China, where many people eat dog meat.

There is also a danger that bacterial infections like anthrax, brucellosis, hepatitis, and leptospirosis can be spread through the meat to people.

DPP Haji: Why my job is so difficult