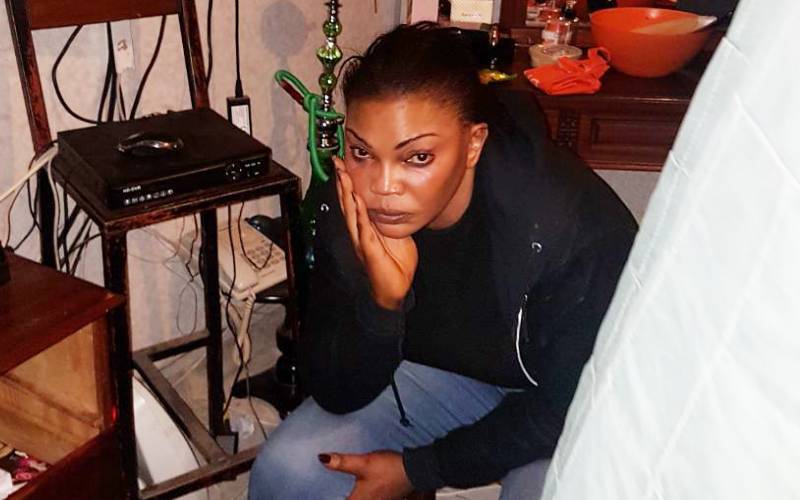 After close to four years when she was last arrested, businesswoman Joyce Akinyi (pictured) is in police custody.

She was arrested together with two other suspects over allegations of drug trafficking.

Akinyi was arrested at Deep West club on Lang'ata Road on Saturday.

Police claim to have recovered 4kg of white powder believed to be cocaine.

She was locked up at the Muthaiga police station together with a woman identified as Fellis Anyango and a Congolese man.

The operation at Deep West was conducted by officers from the DCI Special Crimes Prevention Unit together with the Anti-Narcotics department.

The DCI head of Anti-Narcotics, Hamisi Masaa, said police will hold Akinyi and the two suspects the entire weekend.

He declined to comment on laboratory tests about the powder believed to be cocaine. 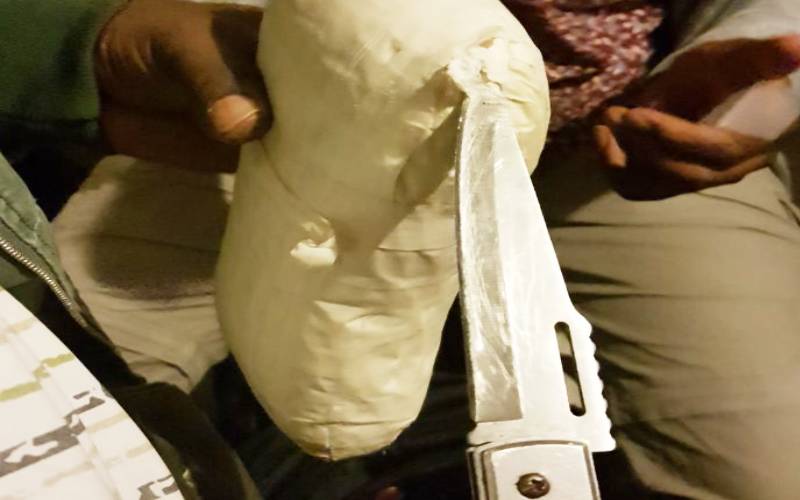 Other police sources said officers ambushed Deep West after suspects were arrested with sachets of cocaine in different parts of the city.

Police investigations have that some of those arrested directed police to Akinyi and were part of a distribution network.

“All the suspects arrested with the small sachets said they had bought from that club," said a detective familiar with the probe.

The investigators who were posing as customers said the consignment was hidden in one of the rooms at the hotel.

The last time Akinyi was arrested with drugs was in 2015. Akinyi together with three other suspects were arrested but later released.

In 2013, Akinyi and a Budalang'i MP were arrested at Isinya on the Nairobi-Namanga highway over claims of drug trafficking.

They were later released after they insisted they were carrying maize flour imported from Tanzania.

The MP and Akinyi were detained in India in 2008 after authorities found them with an undeclared Sh7.59 million.

New Delhi’s Revenue Intelligence department and the Narcotics Bureau were investigating if the money was to be spent on drugs.

The two were released following intervention by the Kenyan authorities.

Akinyi and her estranged Nigerian husband Anthony Chinedu have been linked to cases of drug trafficking.

At the centre of the fight was the millions of shillings at Deep West club. Chinedu has since been deported.

Wimbledon: Federer dismisses Nadal and joins Djokovic in the final