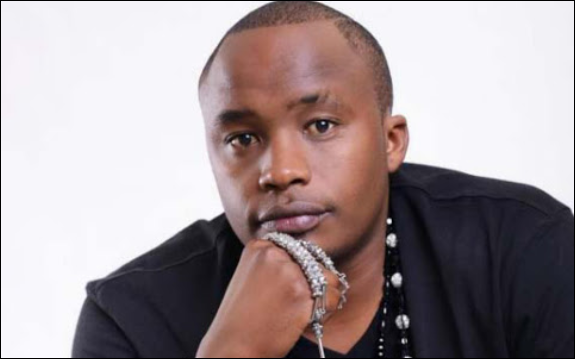 Starehe Member of Parliament Charles Njagua (pictured) has been arrested over his alleged xenophobic remarks against foreign investors.

Njagua was arrested outside Parliament buildings and taken to Nairobi area Police Station for questioning.

Several MPs came out in solidarity to protest his arrest after they were denied a chance to see him at the police station.

“We came to see our colleague but we have been teargassed and chased away… and what Njagua said is exactly what CS Fred Matiangí had said about people coming from China to trade in Kenya which is against Government policy,” Gatundu South MP Moses Kuria said.

Police officers lobbed teargas to disperse the MPs who were addressing the press in Nairobi.

Njagua is accused of threatening to have foreign investors kicked out of Nairobi city markets and pave way for local traders.

In the video that has since gone viral, the Starehe MP says foreigners should be flushed out since they have taken over businesses in Nyamakima and Gikomba. He points an accusing finger at the Chinese, Tanzanians and Ugandans for dominating businesses that would otherwise be done by locals. He goes ahead to issue a 24-hour ultimatum for the foreigners to leave the country, failure to which they will storm their shops, evict them and beat them up.

The Government through its Spokesperson Cyrus Oguna distanced itself from Njagua’s remarks terming them as unfortunate. The State also assured foreign investors that they are allowed to trade in the country and their security is guaranteed.

“We wish to state that this is not the position of the Government of the Republic of Kenya, and we denounce the comments carried in the video in the strongest terms possible,” read part of the statement.

"We wish to take this opportunity to reassure all foreign nationals living and working in Kenya of their personal safety and also offer a firm guarantee of the security of their investments in Kenya," he said.

Tanzania has summoned Kenyan High Commissioner to Dar es Salaam Dan Kazungu to explain the 'xenophobic' remarks by the MP.

“Foreigners suspected to have been illegally engaging in business in Kenya were arrested during a raid on Gikomba. Seven Chinese nationals were found to have flouted immigration rules. Officers established that three of them had no valid work permits while the other four have been engaging in employment and other income generating activities unauthorised under their respective work permit… Consequently, the Cabinet Secretary in charge of immigration has signed deportation orders as recommended by law,” read part of the statement from Interior Ministry.