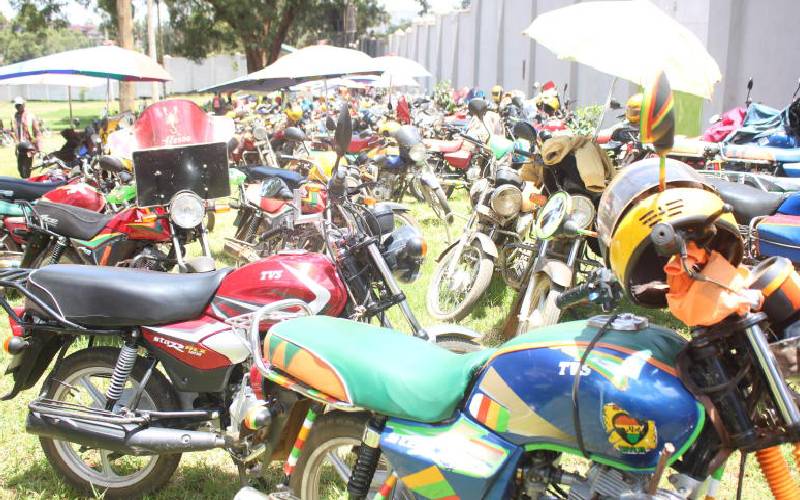 Boda bodas will not be allowed into the central business district (CBD) despite a directive for the release of impounded motorbikes, Governor Mike Sonko has announced

This comes days after the governor released 800 motorbikes from the county’s holding yard, where they were impounded for violating traffic rules.

“The order to release the impounded motorbikes does not in any way mean that I have allowed boda bodas back to the streets of Nairobi's CBD,” stated Sonko.

The bikes were impounded by the Nairobi City County Government Inspectorate Department.

The city boss urged those who had secured the release of their motorbikes to adhere to traffic rules.

“Those who have not picked their impounded motorcycles should quickly present themselves at our General Stores Yard along Race Course Road and produce original ownership documents before they are allowed to collect the bikes,” he said.

She urged motorists to stick to their dedicated routes to avoid run-ins with the county authorities.

Kenya is full of these cults and mischief advocates who hijack faith and spread chaos.