Muite: No conflict in Kebs case 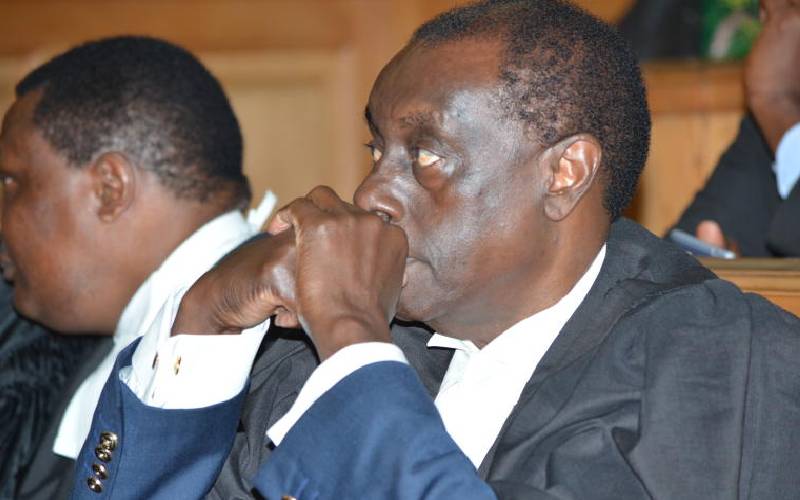 Senior Counsel Paul Muite (pictured) has denied being retained by Kenya Bureau of Standard (kebs) in a case where Director of Public Prosecutions Noordin Haji wants him disqualified for conflict of interest.

Mr Muite, representing businessman Benson Oduor, who was charged with attempted murder for allegedly releasing contaminated fertiliser into the market, said the DPP had not attached any proof that he had acted for Kebs before.

In the case, DPP, through State prosecutor Victor Owiti, argued that Muite had represented Kebs in other disputes and was therefore privy to confidential information and witness statement.

Muite said Mr Haji had not shown any contractual relationship with the standard’s body.

Muite urged the court to dismiss the DPP's application.

The case will be mentioned on Thursday before Milimani Court Magistrate Kennedy Cheruiyot.