Sonko under fire over beautification project 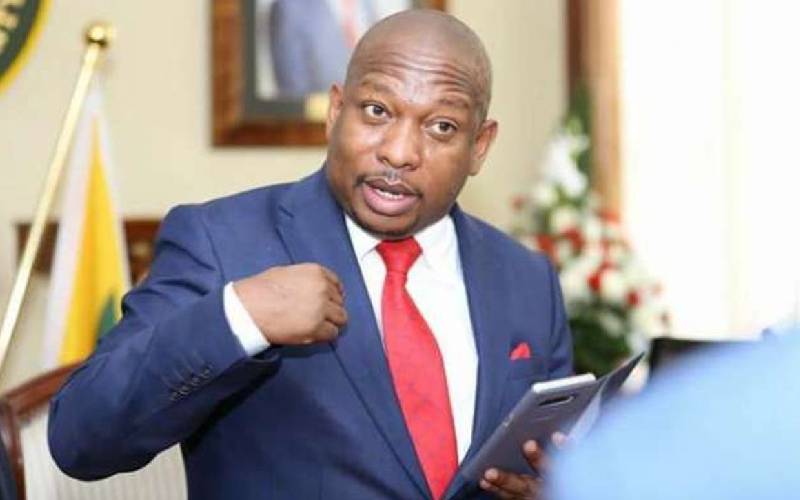 Nairobi Governor Mike Mbuvi Sonko (pictured) was taken to task over the Uhuru Highway-Mombasa road beautification project on which, according to an audit report, some Sh18.7 million was spent.

Appearing before the Senate County Public Accounts and Investment Committee (CPAIC), Sonko said he funded the project with his money.

Narok Senator Ledama ole Kina produced documents submitted by the governor showing that the beautification programme was financed by the taxpayer, yet Sonko insisted he used his funds for the exercise in what he termed a pilot project.

“The documents you have submitted to us show that the county government paid for the beautification of the Uhuru Highway-Mombasa road to the tune of Sh18.7 million. This is what is in the records,” said Mr Kina.

But the governor, in a move to clear his name, tabled bank statements on how he spent close to Sh20 million from his personal account for the purchase of grass, flowers, palms and polls in the year under review.

He said all the casual workers were paid through Equity Bank, and that at no time did he pay cash.

“I have tabled the documents showing how I paid for the beautification of the Uhuru highway-Mombasa road project. This is a project I started, dubbed "Ng'arisha Jiji". I have used Sh20 million,” he said.

The Governor was, however, grilled into submission that his officers could have taken advantage of his philanthropy and diverted the cash to their pockets.

This was after the lawmakers found that some names of the casuals were appearing differently in all the lists presented, while some had different signatures.

“I will launch an internal investigation on the matter and see what really happened. I have used my personal cash to pay for the beautification. I will share with the committee the outcome and action taken,” said Sonko.

Committee chairman and Homa Bay Governor Moses Kajwang’ warned that should the governor be found to have misled the committee under oath, he would be cited for contempt of perjury and breach of law in submitting false evidence.

At the same time, Sonko claimed he received a disclaimer of opinion in the 2017-2018 county government audit report because of failing to offer kickback to auditors.

He said although some of the audit queries were genuine and factual, some were written with malice to paint the county government as corrupt.

“The report was written with malice and I can table evidence on how the auditors wanted kickbacks,” he claimed.

Secrets of surviving in the loan services industry

Banks have lower interest rates but their turnaround time is not favourable to clients.

By Rose Mukonyo | 13 hours ago

By Phares Mutembei | 19 hours ago