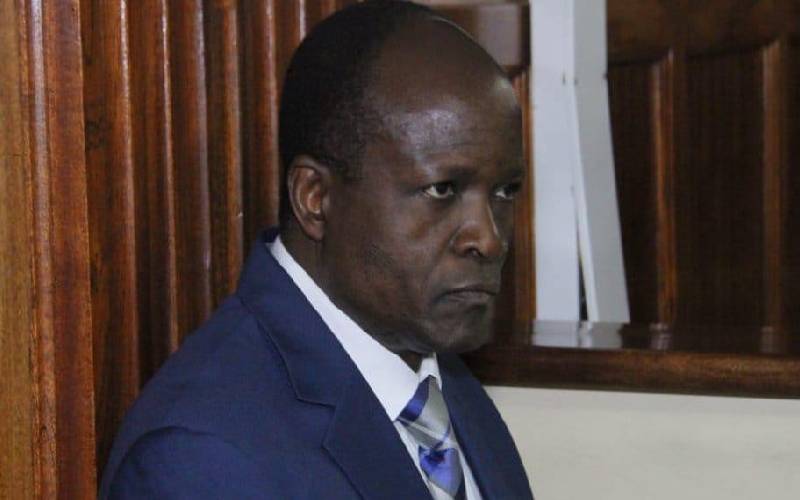 Migori Governor Okoth Obado (pictured) has pleaded with the court to review his bail conditions to allow him monitor development projects in his county.

The governor also wants to be allowed to access his palatial rural home, arguing that it is not easy to operate the county while not having the opportunity to visit his ancestral village.

Through lawyer Kioko Kilukumi, Mr Obado asked the court to have mercy on his situation and lift the order that barred him from going past 20km radius of Migori’s border with Homa Bay County. Obado is accused of killing university student Sharon Otieno, who hailed from Homa Bay County.

He was stopped from going near the border of Migori and Homa Bay counties after the late Sharon’s parents complained of being threatened.

Mr Kilukumi submitted that the governor could not effectively traverse his county to discharge his duties due to the restrictive order, and promised that Obado would not interfere with any of the witnesses if the terms were reviewed.

“The 20 kilometres radius restriction essentially bars the governor from effectively serving all the people residing in Migori and makes it impracticable for him to discharge his duties as the governor. It is only fair that the terms be reviewed to allow him do his work,” said Kilukumi.

He submitted that although Obado had complied with the bail conditions issued by Lady Justice Jessie Lesiit, it was becoming difficult and expensive for him to continue observing the conditions.

He added that Obado was forced to shuttle between Nairobi and Migori using the longer Trans Mara route while keeping away from his ancestral and village home at Rapogi, located less than 11km from Homa Bay County.

Justice Lesiit released the governor on a Sh5 million cash bail with tough conditions that restrained him from going within 20-kilometre radius of the border with Homa Bay County or discussing Sharon’s murder in any forum.

Obado argued that five of eight constituencies in Migori bordered Homa Bay and fell within the restricted area, thereby limiting his ability to effectively serve the people.