The party which was registered in accordance to the 2011 Parties Act decided to change its name after resolutions that were made at the Social Democratic Party of Kenya congress that took place on the March 15, 2019.

A communist party is a political party that seeks to realize the social and economic goals of communism through both revolutionary means.

The name was popularized in the 1840’s during the Karl Marx era when the Communist manifesto was popular.

The party symbols have also changed from the ‘Face of the clock’ to the ‘Hammer and sickle’.

Below is the announcement that was made by the party on the changes: 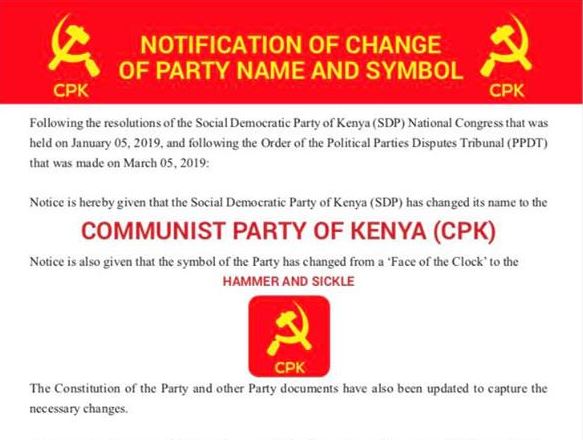 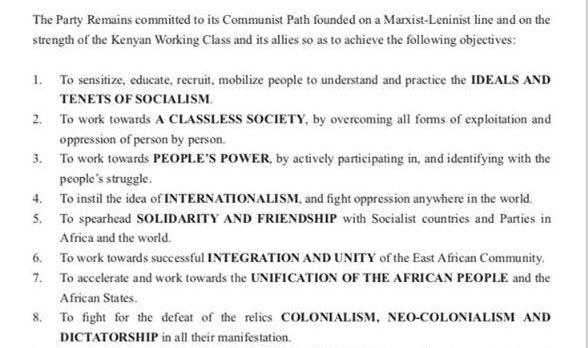 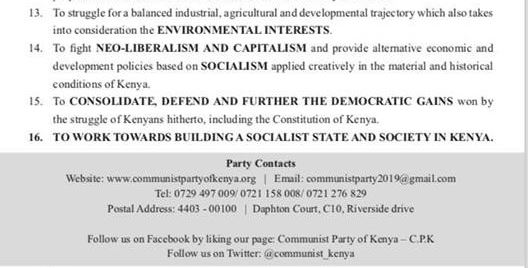 Solskjaer has been on a remarkable run since being named as interim manager in December after Jose Mourinho's sacking, winning 14 games, drawing two a