Tributes continue to flow in for journalist Tony Ngare 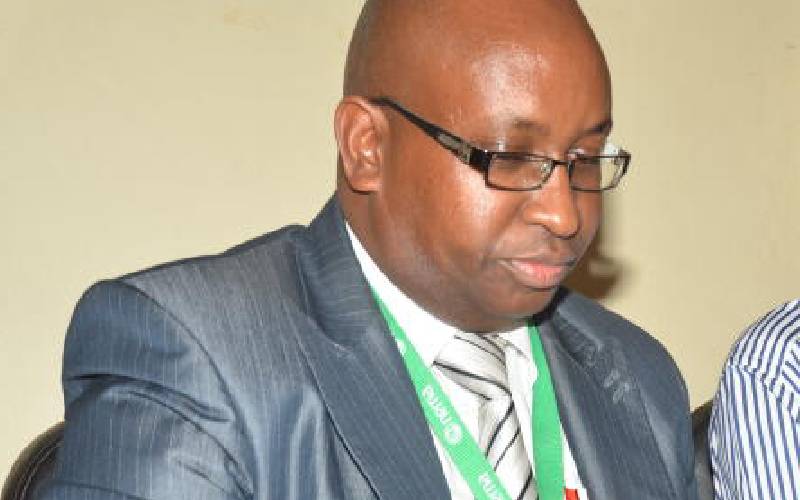 As fate would have it, on the day his favourite team was pulling an unlikely win, ‘The Banter’ was not there to write about it.

An ardent Arsenal fan, journalist Anthony Ngare was among 157 people killed in the Ethiopian plane crash on Sunday.

Ngare (pictured) was on his way back home from Paris where he had attended a United Nations conference.

He worked at the Kenya National Commission for Unesco as deputy director of communications.

Ngare is survived by his wife Jane Limiti and two daughters, Wairimu, 8, and Wanjiru, 2. On his 49th birthday last month, he shared a letter from his daughter Wairimu, thanking him for all he had done and for being a “responsible father”.

“I read it and I almost let out a tear. This is the kind of stuff that keeps me going,” Ngare wrote on Twitter.

His cousin Elvis Ngare eulogised Ngare as a jovial man.

“He was ever in a good mood and always cracking jokes to bring smiles on other people’s lives. He was always cheerful,” said Elvis.

Ngare worked for The Standard, where he continued writing a weekly column, ‘The Banter’ in the Pulse magazine, before moving to National Environment Management Authority where he served as acting director of communications for two years. He then joined his recent posting about two years ago.

Condolence messages continued to pour in from his family and friends.

“If only that plane did not take off, Tony Ngare would be watching Arsenal. He was a good man. A great sports enthusiast and my able deputy during my tenure as the editor of The Pulse magazine. We share the sadness with your family,” Charles Otieno, the Managing Editor of The Nairobian, wrote yesterday on Facebook.

Philip Etale wrote, “Mourning my friends Hussein Swalleh and Anthony Ngare who perished in the air crash in Ethiopia. To their families and those of the other passengers aboard the Ethiopian Airline plane, I pray for God’s fortitude during this very difficult moment”.

“Terrible tragedy. Anthony Ngare was a brilliant man. Worked with him for many years at @Standardmedia. Thoughts with his family at this time,” wrote Saddique Shaban.

Family and friends are meeting at his home and Simba Villas, Embakasi, not far from the Jomo Kenyatta International Airport, where the ill-fated plane was set to land.