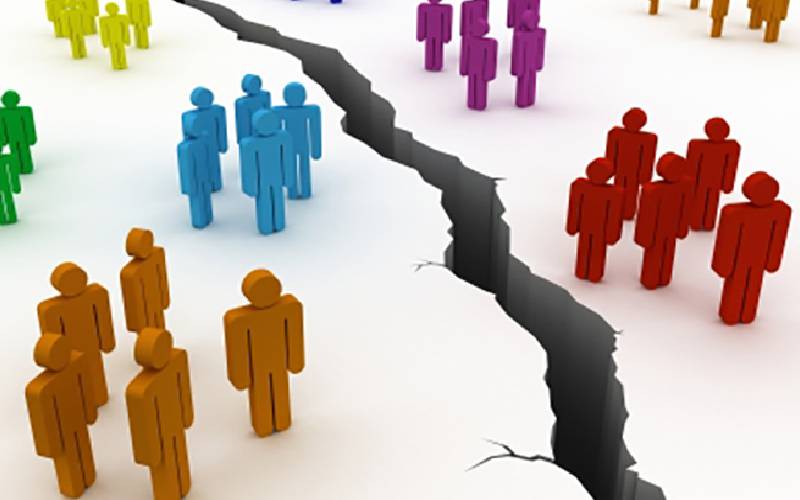 Anglican Church of Kenya (ACK) is embroiled a land dispute threatening to tear apart the Nairobi diocese headed by Bishop Joel Waweru. Some members of ACK St Mark Church in Westlands are accusing the diocese of scheming to grab land belonging to the parish. The faithful say the church bought the land, registration number 1870/111/159, way back in 1964. According to members, the diocese is in the process of developing the plot having encroached on the same without the consent of faithfuls of St Marks church. The land in dispute is located along School Lane.

The church puts the value of the plot at Sh500 million, having bought it for Sh100,000. Until 2012, the church generated income from the land through rental lease before the diocese requested to be allowed to carry out its activities on the understanding that the diocese would pay rent. The church had demanded monthly rent of Sh 350,000, but the diocese insisted it could only raise Sh200,000 per month, according to members who have petitioned the church’s Archbishop Jackson Ole Sapit to intervene. Among grievances raised by members against the diocese include; failure to a sign a lease agreement, building of illegal structures without approval of the church and relevant authorities and failure to pay rent commensurating with current market rate. “Regrettably, the bishop of the diocese of Nairobi has laid claim to the St. Marks property on the basis that all land belonging to the church within the geographical boundaries of Nairobi diocese belongs to him as the bishop. We believe that this thinking and assertions are fallacious from the standpoint of the laws of Kenya and the trusteeship arrangements of CCK and practice of ACK,” says the faithfuls. The Church Commissioners of Kenya (CCK) was registered as the proprietor and trustee of the land in dispute. The petitioners claim the diocese is forcefully occupying the land, and in the process denying the church Sh 9 million in accrued income.

“We wish to state categorically that the diocese of Nairobi and its bishop have no lawful cause or justification to take over and assert ownership over the said property, let alone enter into a joint venture with third parties whose real beneficiaries remain a mystery,” says members. Members claim St. Marks church and the diocese have a long history of conflict never witnessed in other parishes under the diocese. “We seek your urgent intervention as the head of ACK for an amicable settlement. In view of the fact that as Christians we are obligated by the scriptures to try and resolve our disputes amicably before resorting to secular courts cognizant to the fact that you are unaware of this dispute. We have chosen to petition you to try and inquire into this matter to give your guidance and hopefully resolve it,” reads the petition.