14 Riverside Drive attack: What we know so far

They were in a car of registration KCN 340E.

Attackers then force entry into the hotel premises.

3.50PM: An explosion and heavy gunfire fill the air.

4.00PM: Screams are heard from within Dusit Hotel as staff report explosions.

A contingent of security officers is deployed to rescue and man the area around Dusit hotel.

Rescue teams including Red Cross and several ambulances make way to dusitD2, the injured are given treatment on the go.

Recce Squad, KDF commandoes, and other units arrive at the scene of the attack and take control of the situation.

One person confirmed dead. The victim died while receiving treatment at a hospital. 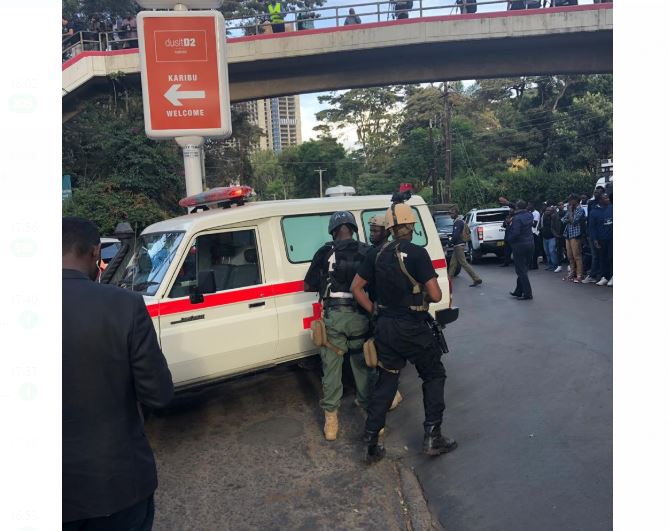 6.10PM: Inspector General of Police Joseph Boinnet says they believe several armed gunmen are still in the building. He has urged Kenyans to follow instructions of security teams.

This is a developing story and will be updated by the minute...

Gunfire and explosion reported on 14 Riverside Drive off Chiromo Road in Nairobi.