From Burundi with music, the story of exiled Kidum 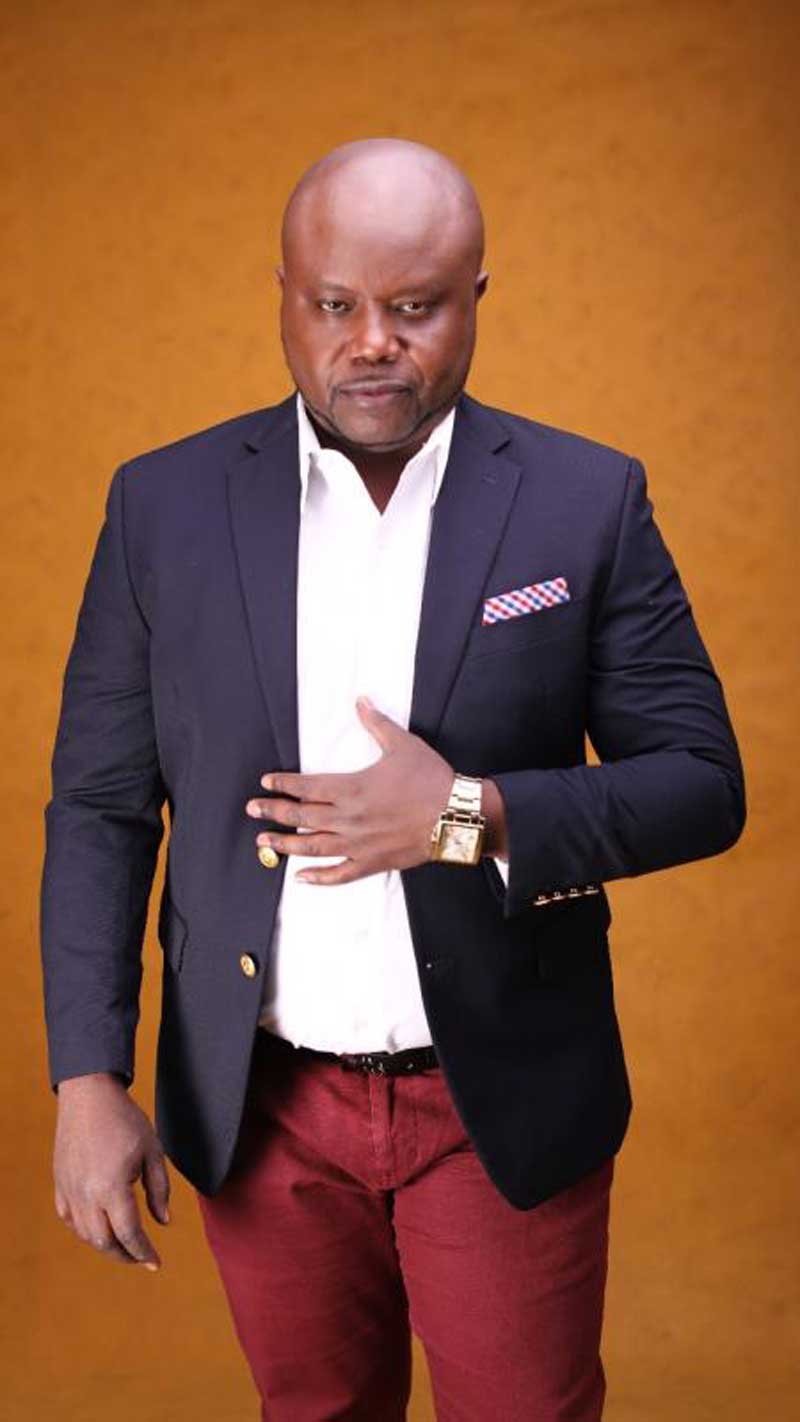 Two decades ago, Jean-Pierre Nimbona AKA Kidum got the lesser punishment; exile. His 17 friends found death.

Take a walk through Kibera, one of Africa‘s biggest informal settlements, and you will be assaulted by astonishing levels of poverty and warmed by the furtive albeit hopeful looks of its populace. Now imagine Kibera as a country; a larger sprawling endless shanty town. That mental picture is a tiny glimpse of what Burundi may be like. Plagued by war and poverty, it has been cited as the world’s hungriest nation. But that is not how my companion remembers it.

“I remember Burundi as a beautiful fertile country with a lot of rain despite the genocide. That is the picture I like to keep. But I had to leave. The country had no hope or future for me. Only the promise of death,” he sighs wearily.

At 22, he gathered his meagre possessions and fled his home country. Jean-Pierre Nimbona popularly known as Kidum, has lived half his life in Kenya. Today he is 44.

We are at Nixen in Nairobi West. He is seated across me. He stares long and hard at me. I don’t think he really sees me though. His mind has wandered back to over two decades ago.

“The people of Burundi loved one another and lived as one so I have never understood how someone could be hugging you today and turn around and kill you tomorrow.”

Seeing how well he is doing today as a live-show musician and a top drummer, Martin Luther King comes to mind. Especially when he said that the ultimate measure of a man is not where he stands in moments of comfort and convenience, but where he stands at times of challenge and controversy.

And he stretches his legs beneath the table since he is operating on little sleep and a full schedule, we quickly delve into the interview.

Before coming to Kenya, what was life like in Burundi?

This was the time Burundi was at war; the tribal conflict that lasted from 1993 to 2005. The environment of war was very difficult and most of the time we would run away and go to the Democratic Republic of Congo which is just about 20 minutes away from Burundi through Lake Tanganyika. We would find refuge there and go back to Burundi when things were calmer.

Were you tempted to join in the war?

It was a war between the communities; The Hutu and Tutsi. My dad is a Hutu, and mum was Tutsi so I was stuck in the middle. And the army was involved too. I was tempted to join to defend my community. But I had seen what the end looked like. I didn’t want that for myself.

I had seen people being slaughtered and my age mates learnt how to use guns from watching movies, in order to retaliate during the attacks from the militants and the army. Whenever the army would show up at a village, not even a cat would be spared. They would wipe out the entire village and people knew this so they started coming up with defense measures.

So how did you stay safe in the melee?

My French teacher who would commute daily from Burundi to DRC implored me to go back to school at home and try to make something out of my life because most of my agemates had decided to join the militia and fight against the army. I followed his advice and went back home in 1995 after staying in DRC for three months and joined a boarding school. Being in school there offered better protection for the students. We were safer in than out.  And I thought I was going to be OK there, but I was wrong.

One day my schoolmates and I planned to sneak out of school and go across the forest and sneak into a girls’ school that had very beautiful girls. Unknown to us, someone had heard us planning and they thought we were planning to go and join the rebels in the forest. On the day we were to sneak out, my friends didn’t wake me up because they didn’t want me to go since they thought girls preferred me for my looks. So, on the day we were supposed to wake each other up they didn’t wake me up and I was left behind. Sadly, all the 17 boys were ambushed in the forest by the army and all were killed. Sleep saved my life on that day. Later on, the army came to our school and threatened to fish out everyone else who was part of the plan and due to fear a good number of us ran away from school.

Is that when you decided to run away?

Accompanied by others, I made my way home and found only my father.  The rest of the family had moved and even relocated countries due to the war. I remember my father telling me that I had to go. Leave the country. He beseeched me to leave and to follow my passion as a drummer. He didn’t want me to die.

How did you get to Kenya?

Dad gave me 60 dollars and kissed me goodbye. I crossed over into Tanzania where I lived under bridges and mosques for a while. Using some of the money I had been given, I paid for transportation to Nairobi from where the United Nations was relocating refugees to different countries. Others went Australia and Canada, but I wanted to go back home to my father so I opted to remain in Kenya. And moved to Kakuma Refugee Camp.

Did you ever make it back home?

I remember staying by my small radio waiting to hear if there was peace back home but at some point there seemed to be no hope so I realised that I had to stay.  Eventually my papers were changed to read Kenyan and not refugee. I have since been to Burundi for performances. I even had a music show. 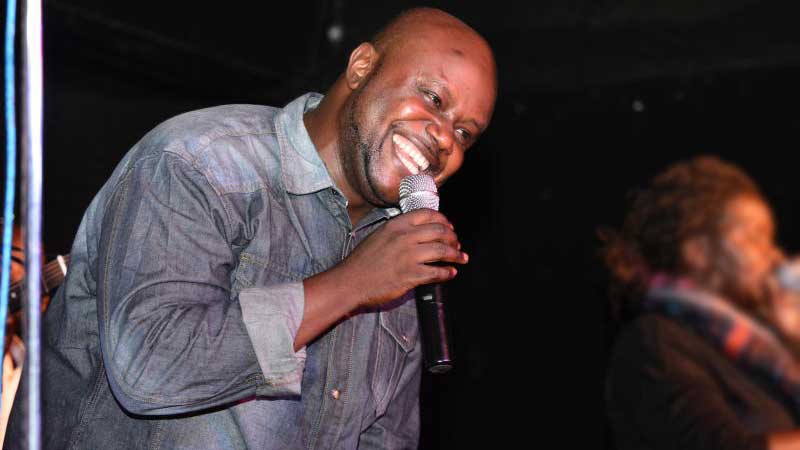 What happened to your old man?

He died eight months after I left home. He fell sick and since he didn’t get any medical attention, his condition got worse. I got the news but I didn’t have money to buy a bus ticket to go home. I didn’t get the chance to pay my last respects. I then realised that I had to keep my promise of living my passion and so I immersed myself into the music scene. I started performing in small clubs and before I knew it, it was going really well.

Not at the same time (chuckles). I met my first wife when I was still a refugee. She was also a refugee.  We stayed together for five years after which we separated. When I went back home to Burundi I met my second wife whom we stayed together for 10 years and then we separated. At this point my music had started picking up and it was little bit difficult to balance between career and family. I am with my third wife. 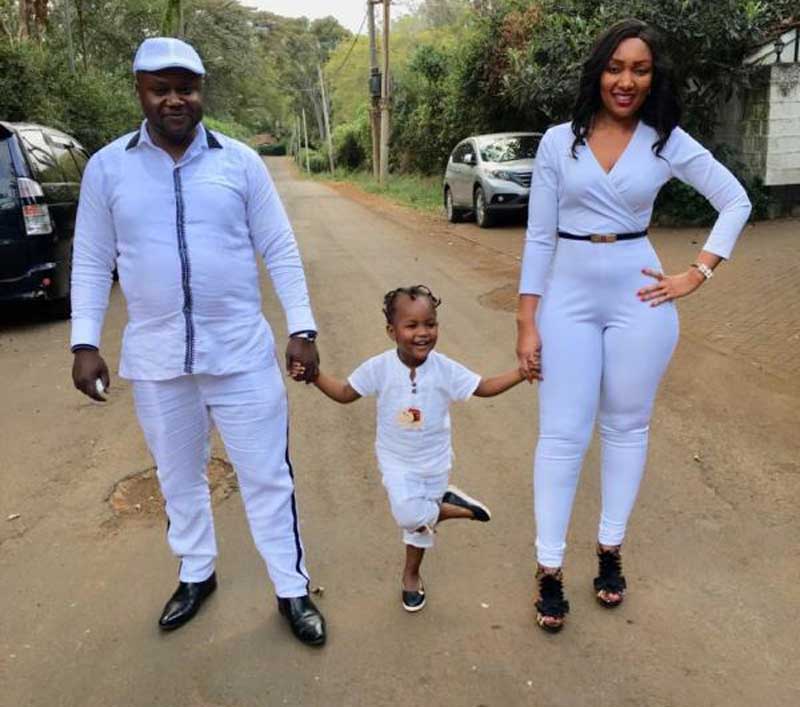 I will not tell you her name but I met her in 2010. She is from Bungoma. I knew her when she was still a university student and what attracted me to her was her simplicity. She would juggle her studies with selling bananas.  At that time I was looking for someone who would love me for who I am and not for money or fame. She is a beautiful woman and has been with me through thick and thin.

Why have you disappeared from the music scene lately?

I’m coming back with music that is even better than what I have released before. The reason I went underground was to get away from a lot of hate that I had been getting mostly from the industry. At a time when my songs were being played on almost every station, I was receiving a lot of love and hate at the same time. Some people started spreading false stories about me that I wasn’t showing up at shows and some events organiser told me to go back to Burundi because I was getting airplay that I didn’t deserve. I was overwhelmed by hate that came from people I expected to support me. I even produced two albums but none of them got airplay. That said, I am back and I have been doing a lot of live performances and I have new music coming out soon.

What inspires your music? 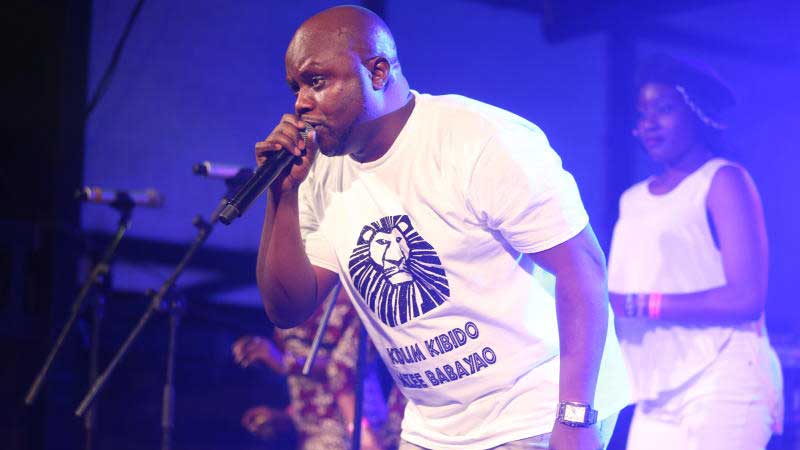 My inspiration comes from real life experiences including what I went through in my marriages. I also thank God in all my songs for saving my life that fateful night. Balancing between being a father, a husband and a musician is not easy because you can only give attention to one thing and the others will fail. This is also part of the reason I disappeared from the music scene. I needed to fix some things. Fans demand a lot from an artiste which at times can take one to a dark place.

As a man who has seen war ravage a country, what message would you give Kenyans?

That we should cherish peace. This peace I have enjoyed in Kenya is something I didn’t know for a very long time before I left Burundi. Peace is expensive but it is worth it and once your country goes to war, it is very difficult to regain the peace you once enjoyed. Everything then is left in the hands of the people who sign the peace deal which as the name says is a deal between a small group of people who gain a lot at the expense of the citizens. Cherish this peace you enjoy, there are people who pray for it day and night.

Before you leave your job for the next one...

While job hunting, desperation may kick in and lead you to settle for the first organisation that offers you a chance.

KFC says it will start using local potatoes by end of the year
;
Feedback