Former State House Spokesman Manoah Esipisu has promised to help the country achieve impressive trade relations with Britain if confirmed as the High Commissioner to the UK.

In a statement he sent to the news rooms, Esipisu highlights some of the key areas he eyes to revamp should the National Assembly give him a nod after being nominated by President Uhuru Kenyatta.

He has also pin-pointed the need to achieve proper living conditions for Kenyans residing in Britain, as well as investors and students.

“I propose to begin talking to the British government right away, to secure the rights of Kenyan students, residents and investors in the U.K.”

“The second matter that might profitably be taken up right away is economic diplomacy,” he adds.

By taking note of the rough political path that the country is healing from; Esipisu also touched on the need to restore investor confidence.

This he says is part of his agenda as he plans to embark on persuading potential businesses to come to the country.

“Kenya could do a far better job finding investors abroad, and informing them of the opportunities we offer… It’s time to change that; it’s time to rededicate ourselves to the search for opportunity for our people, born here and abroad,” he stated.

This comes after British government cracked down on miraa importation, banning the product which was initially boosting the Kenyan economy as many farmers relied on it for livelihood. Attempts by the Kenyan government to champion for the ban to be lifted has however been fruitless.

China's stance on Russia-Ukraine conflict cause capital flight
China is facing a huge trust deficit from international investors as it witnessed a portfolio outflow worth nearly Sh1.8 trillion
Asia
By Agencies
2 months ago 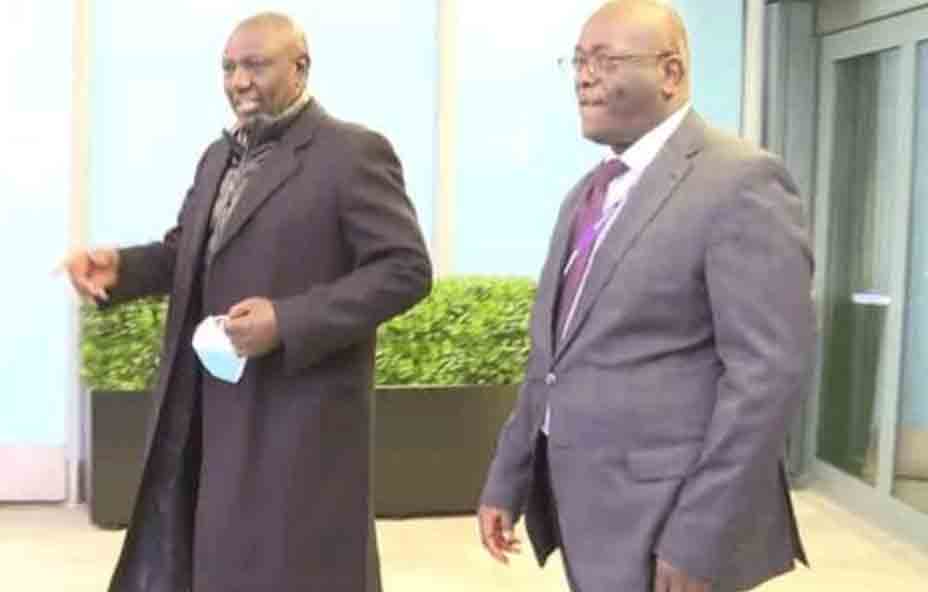 Ruto in London, received by high commissioner Esipisu
Deputy President William Ruto has arrived in London for the second leg of his foreign tour after a week in the United States.
National
By Fredrick Ooko
3 months ago
.

Suspects in Sh104 million house theft released on bond
Nairobi
By Collins Kweyu
14 hours ago
Premium Why Raila's plate at city joint is a hot commodity
Nairobi
By Saul Owiti and Shaun Mutua
4 days ago
Defilement: Mother, lover in police custody
Nairobi
By Mate Tongola
4 days ago
Cartels at City Hall must be dismantled for capital to prosper, Igathe says
Nairobi
By Mike Kihaki
4 days ago
Man returns from short call to find Sh5m gone
Nairobi
By Fidelis Kabunyi
5 days ago
Igathe's commitment to Nairobi businesses
Nairobi
By David Njaaga
5 days ago
.