Tight security ahead of anti-IEBC demos by NASA in Nairobi

Security has been beefed up around the CBD and the Independent Electoral and Boundaries Commission (IEBC) headquarters ahead of Opposition’s protests To push for the removal of IEBC officials the opposition accuses of bungling the August 8 presidential election in favour the incumbent, Uhuru Kenyatta.

Major roads in the city and around Anniversary Towers have also been heavily patrolled.

Police are expected to stop probable clashes between supporters of the National Super Alliance (NASA) and Jubilee. 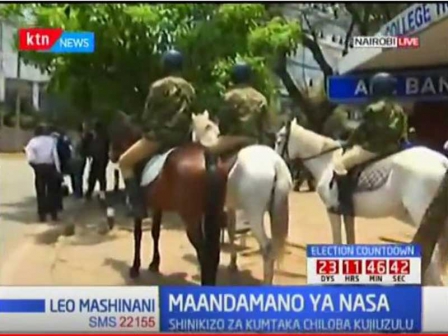 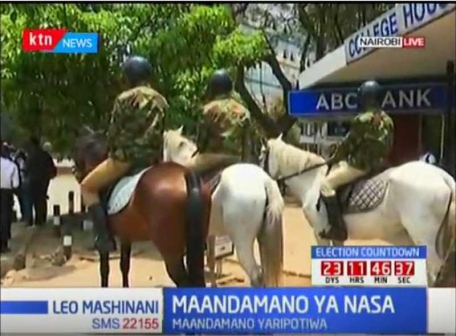 The NASA brigade has on many occasions vowed to  hold peaceful demos. .

The Opposition has also accused IEBC of failing to adequately address the concerns it has raised in its 'irreducible minimum' demands, protesting that the commission is proceeding with business as usual without any accountability or goodwill.

A petition filed by NASA at the Supreme Court annulled the August 8 presidential election.

Since then, President Uhuru has had unkind words for the court calling some of its judges “wakora” (crooks) and promising to cut the court to size.

His party, Jubilee, is sponsoring amendments on electoral law to water down the powers of the court. NASA, on the other hand, insists there will be no re-run of the presidential election unless some IEBC officials are removed from office.

Protests have been also reported in the Nyanza strongholds of Kisumu And Mombasa.

Plans are in top gear to establish a fully-fledged investment bank in western Kenya.