Are IMF proposals to blame for Kenya’s cash crunch? 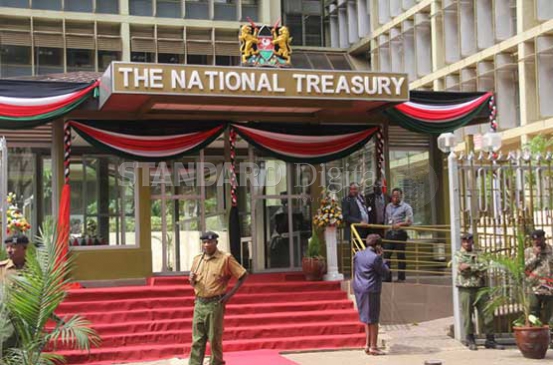 NAIROBI: The current cash crisis in government has been attributed to a decision by Kenyan authorities to implement tough conditions agreed with the International Monetary Fund (IMF) last month.

IMF pushed Kenya to adopt an expenditure plan that puts debt repayment top of its spending priorities. In its September report on the country, the IMF disclosed that Kenyan authorities have adopted a pre-emptive approach to process debt repayments.

This will see the country start writing cheques to service debts well before they fall due as opposed to the waiting for the lenders to come knocking before the process starts.

Kenya is now relying on its reporting systems rather than on invoices from lenders to start processing debt.

Second, the payment process will start 30 days before the due date, to allow for internal approvals by the National Treasury and Controller of Budget and timely settlement by the Central Bank of Kenya.

Implementation of this agreement has thrown government spending into disarray at a time when the Treasury is only receiving two thirds of the money it needs to fund all the running projects.

The government is also gobbling up billions of shillings in debts to run the country, making it default on repayment obligations.

A report of the Parliamentary Budget Office confirmed this and blamed the cash crunch on the move by the National Treasury’s hurry to clear government debts.

The cash crunch is hurting government agencies at home and abroad. An ambassador from one of the Middle East countries flew back to Nairobi recently to plead with the government to send his embassy some money.

The government has delayed to disburse money to counties, the Higher Education Loans Board and several state corporations.

The Treasury has asked counties to use overdrafts from commercial banks to pay staff, and service the day-to-day operations.

Employees of Coast Development Authority (CDA), have gone without salaries for over three months due to delay to release funds by the parent ministry.

Only six per cent of the development budget has been released to ministries, with the ministries of Interior, Labour and Education getting nothing for the first quarter.

At least 25 per cent of the development budget should be out by the lapse of the first quarter. Contractors are the most affected, as some have gone for months without pay.

The financial crunch hit a crescendo last week after it spilled to Parliament forcing Kenya Power Company to disconnect power at the main Parliament Buildings over contested bills. Nearly half of the revenue that the taxman collected in the first quarter of the current financial year went to pay debts.

The Parliamentary Budget Office report released on Thursday showed that as at the end of September, the Kenya Revenue Authority (KRA) had collected Sh269.7 billion, of which Sh132 billion (49.1 per cent) went to pay local and international creditors.

The Treasury has agreed on the IMF terms as part of conditions to receive over Sh62 billion funding to support the shilling.

The taxman is expected to collect an average of Sh90 billion every month, which translates to about Sh270 billion every quarter if government operations are to run seamlessly. An official from KRA revealed that the recent teachers strike has also had a significant impact on the Pay As You Earn (PAYE) collections.

“The government has a significant multiplier effect on the economy. When it did not pay teachers last month for example, it was not possible to get these (PAYE) taxes from teachers.

Revenue collection from contractors is now being affected. We have some who have shown us three to four certificates of non-payment,” Mr George Obell, a chief manager audit at KRA, said in an interview. Teachers give the taxman in excess of Sh2 billion every month in PAYE.

KRA has also cited the numerous projects the government is implementing across the country and the competing interests as part of the spending pressure.

This has left the government with a Sh2.6 trillion bill required to finalise all on-going projects that have a timeline of 2016-2018.

The current budget and the medium term plan indicate that the government plans to spend Sh2.1 trillion in capital expenditure up to 2018. This means that not all on-going capital projects will have been completed by end of 2017/18.

Parliament’s budget office advised in one of its latest reports that the government should increase allocations for capital projects to ensure completion within the next three years.

“Further, the government should consider a freeze on introduction of any new capital projects until all ongoing projects have been completed,” the report says in part.

However, according to a KRA insider, the government has gone ahead to introduce new projects that are in line with the Jubilee manifesto, which have put a strain on the budget. The meeting of the Budget Committee at the main Parliament heard that key government departments were starved of cash because the public debt had to be paid first, then pensions and gratuities, and salaries and allowances. “The distribution of available cash is not balanced, with some agencies receiving no resources leading to complains such as from the county governments where some are said to have been advised to take overdrafts from banks to cater for urgent activities,” the Parliamentary Budget Office told the lawmakers.

''Rotich fall'': Who will take charge of Treasury ministry?

What can Sh17 billion do? Money alleged to have been stolen in dams scandal

Joyous families celebrated yesterday as their relatives returned home from the pilgrimage in Saudi Arabia’s Mecca city where several Kenyan pilgrims died in a stampede that claimed hundreds of lives.