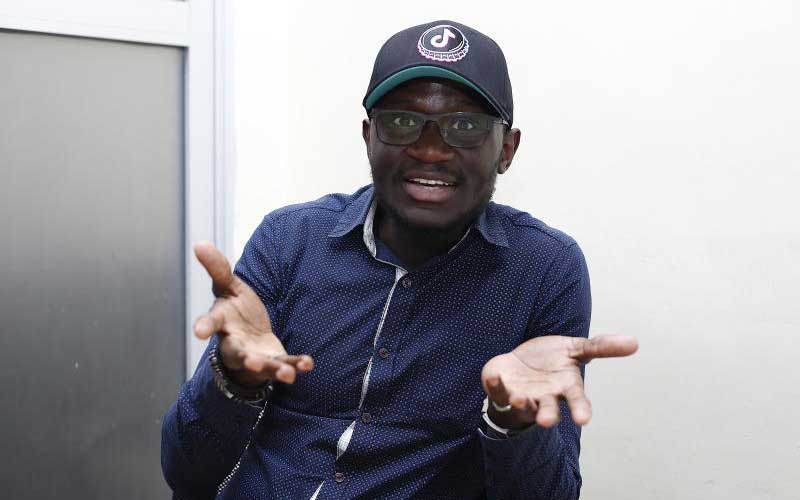 Morgan Adrian Onyango (pictured) uploads comedy skits on TikTok. At first, he joined the new online platform to consume content but become a fast-rising comedian. His mission was simple. The 28-year-old wanted to be a source of someone’s joy. Before he came to know of TikTok, he used to post travel videos on YouTube. Then he came across this new social platform and the IT officer started consuming content which were mostly dance videos at the time. He then started seeing other comedians share humour-filled videos. At the time he had a friend in church who committed suicide related to depression. “He secluded himself. He would spend a lot of time on the phone. He was an introvert. He addressed the topic of death in youth meetings but we did not take it seriously. The man hanged himself two weeks later,” he recalls.

His friend's death shocked him. He hoped to focus on digital comedy to positively impact people going through depression. He notes that the young generation has the most recorded number of people with depression. This is fueled by the lack of social skills since they rely on electronic and online materials for entertainment. “People spend a good chunk of their time on the phone. They are uncomfortable with social interactions. They do not open up. I wanted to be a good distraction to these kind of people some of whom could be going through difficult moments,” he says. And this is how he started doing skits in 2018. He has had the freedom to recreate other comedian’s content on the platform when he hits creativity block.  “I can either generate your own original content or users can recreate content from other users using the video-editing tools and features available. I love the duet feature because it allows me to react to someone else's video or do a collaboration with another creator from anywhere around the world,” he explains.