'Roses are red, violets are blue, I'm so glad I slid into your DMs'

Lifestyle
Here's a look at some of the funniest and most disgusting that people replied with. 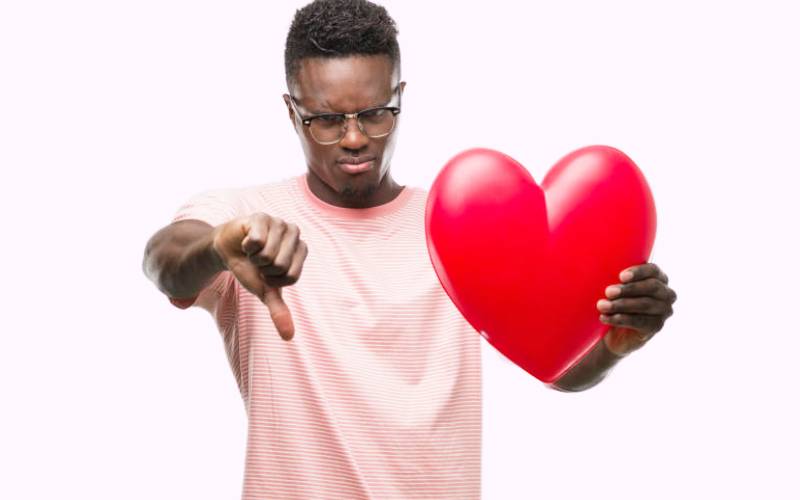 One of the least appealing aspects of online dating (and there are a few awful things we could mention) are the cringe-worthy chat up lines that people send out when they first start talking to a new match. There are the really cheesy ones we've all heard a million times before and the dirty ones that leave many of us wanting to throw up. But which are the worst offenders? Fashion brand Missguided recently asked their followers on Twitter to share the worst chat up lines they had ever been sent and people did not disappoint. Here's a look at some of the funniest and most disgusting that people replied with. One user was sent this ridiculous Disney-themed line: "Is your name Ariel? Because I think we mermaid for each other." Another received this spin on the classic knock knock joke: "Knock knock. Who’s there? Where, when. Where, when, who? Nando’s, tomorrow, me and you." Then there was this guy, who thought he was being clever by comparing his lady friend to a snack from a vending machine: "D5. Sorry about that, I was just trying to get a snack out of the snack machine." And of course there was a roses are red type of line: "Roses are red, violets are blue, I'm so glad I slid into your DMs, tonight can I slide into you?" A different date managed to be creative and insulting at the same time when he asked: "Are you my appendix? Because I don't know what your use is, but this feeling in my stomach makes me wanna take you out." Someone else used this oldie: "There must be something wrong with my phone, because it doesn't have your number in it." Other chat up lines were just downright unexpected, like this one about an avocado: "Let me paint you green and spank you like a disobedient avocado" An eighth person wrote: "Are you a buggy? Because I want to put my kids in you." While another thought this cheesy line might work for them:"Are you my Amazon order? Because I want you in my apartment in three to five business days 100 percent satisfaction guaranteed." But the worst could be this one about McDonald's: "Are you the gherkin from a Big Mac? Cause baby, I just wanna take you out."