The shoe, a story of suffering and constraint

Lifestyle
For centuries in China, or in Europe, we have bandaged our feet to enter fashionable shoes and stand out socially. 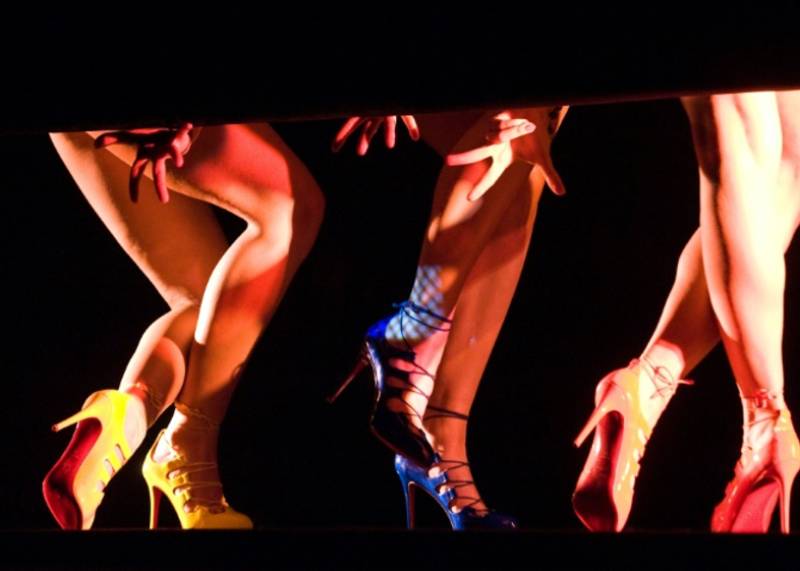 For centuries in China, or in Europe, we have bandaged our feet to enter fashionable shoes and stand out socially. If today the shoe brings much more comfort, it is always the constraint allure makes fantasize. "Marche et démarche", an exhibition on the history of the shoe at the Museum of Decorative Arts in Paris, explores the relationship between the body and the shoe, this "most persistent example of the imposition by fashion of an idealized form on the natural anatomy ". The inspiration comes from the shoe worn by Marie-Antoinette in 1792 which corresponds to size 33, told AFP the fashion historian and curator Denis Bruna. Other models of shoes aristocrats and big bourgeois of the 18th and 19th centuries are hardly larger.

"How could adult feet get into such small shoes?" He asked. It was that "the upper classes did not walk, they had to remain confined to the house, and the puddles, the mud, the rubbish were reserved for the common people with their big feet," he explains. A podiatry manual of 1802 advised to "wrap the toes of ligatures" to have pretty feet and the generation well born at the beginning of the 20th century had fine feet because of having worn during childhood shoes with a two sizes below. Erotic object The cult of the small foot comes from China where since the 11th century one folds the toes under the arch plantar of a girl from 5 years.

"Sometimes we did not hesitate to break the bones with a metal rod so that we could accentuate the curvature.The ideal was to reach a maximum size of 26 in adulthood and a foot in the shape of a lotus bud", says Denis Bruna. "The girls praised the merit of their little feet for a good marriage" and this lotus shod, even during sex games as shown in a painting, was "an erotic object much sought after by men". This theme is repeated in the section devoted to fetishism where we can see by opening black curtains very tall boots with very tight laces evoking the fantasy of customers of brothels. In 2007, filmmaker David Lynch photographed Parisian cabaret dancers Crazy Horse wearing Louboutin heels disproportionate, some impossible to wear, in a fetish world. Heels of 12

It is only from the second half of the 20th century that comfort appears. At Dior's last haute couture show in July, the heel was almost banned by the Italian feminist designer Maria Grazia Chiuri, who imagined shoes made up of just one sole glued to the stockings. For the stylist, from an anthropological point of view, the heel is a "contemporary evolution of the Chinese tradition of lotus feet". A tunic dress was embroidered with "Are clothes modern?" (Are the clothes modern?), title of the famous book of the architect Bernard Rudofsky who inspired the collection. In this work of 1947, the architect emphasized that we modeled our feet to make them conform to a fixed ideal.

To feel it, the exhibition invites visitors to slip their feet in shoes with vertiginous platforms or with a huge pointed toe and try to walk around, leaning on bars. Another space offers a selection of cult scenes of cinema with, among others, the legendary steps of Marilyn Monroe or Jeanne Moreau perched on heels. "Today, for twenty years with sneakers, it is the comfort that prevails in the choice of shoes," says Denis Bruna, but cultural imperatives will still weigh on our choices. "There are girls who ask me why there are no longer 12" heels, entrusted to AFP Pierre Hardy, designer of luxury shoes for women and one of the first to make chic sneakers for men . "For me, no one wants to walk with a heel 12 ... but some girls love it, which seems absolutely paradoxical, even miraculous".