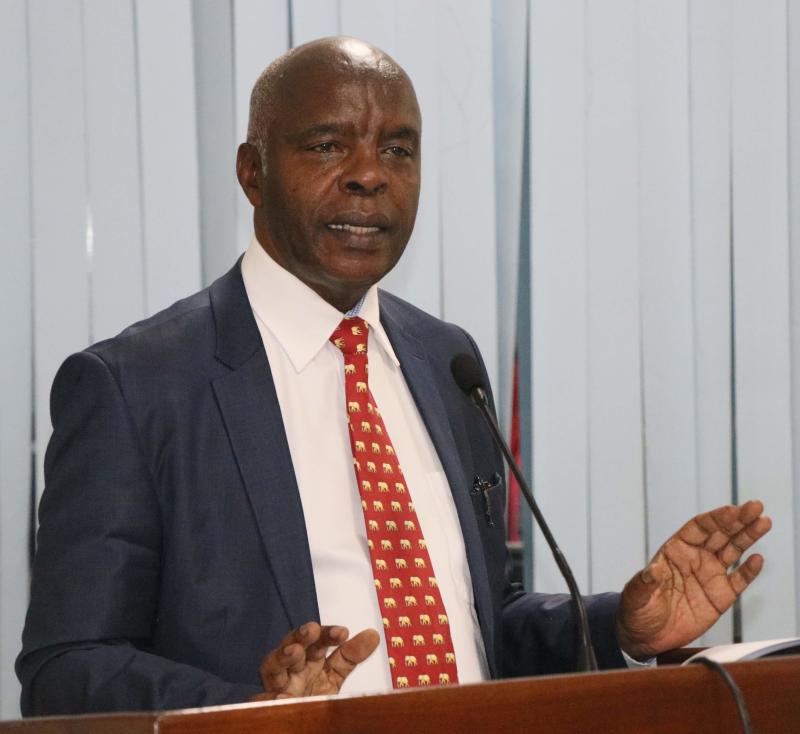 The first day the teenager stepped into high school, it was with as much excitement an adolescent can possibly muster in a new environment. And for the very first time in his young life, Kivutha’s hardened heels had a cushion against the rocky ground; a black pair of lady shoes. The first pair he ever owned. Days earlier, he and his parents had walked into a shoe shop. There were no boys’ shoes in the store, the attendant had politely informed them. I imagine the boy was distraught. But only for a second. He was not about to leave the store barefoot. So he did the only thing he could. He picked out the prettiest pair. And walked out minutes later with a smile on his face.  I ask if he was teased about it; and he admits that he was, by his peers. That is the only frivolous question I can afford to ask. We are strapped for time. That young man is today the governor of Makueni. He was once the Minister for Defence. And he can now afford as many pairs of shoes as he wants. And donate them too if he wishes. He is, however, not ostentatious. Today he is in an understated navy blue suit and simple black shoes. If he were a little trimmer, a tad taller and more brash, he would easily pass for Hollywood actor Samuel L Jackson.

SEE ALSO: Kibwana: You will fund my presidential campaign!

Kivutha is known for being gracious and firm, but the Kivutha I meet on this day in his Makueni office is a little thin on patience. He has just has had a long day of meetings with the Senate. His face is drawn, and the dark rings around his eyes stand out. “I am exhausted from the day’s meetings. How much time would you need?” he attempts a weak smile as he offers me a seat and takes his place behind the table. We settle at 40 minutes. “How would you describe yourself?” I ask, as my mind whirs in a bid to reshuffle the questions I need to ask. I thought I had two hours with the man. Sensing that I am a little off balance, he smiles imperceptibly, as though glad that order has been restored. “I am a husband… to Nazi Kivutha. A father of four adult children; two girls and two boy. I am a grandfather.”

SEE ALSO: Kibwana, away from the Twitter crowd show us what you are made of

“I am also a lawyer by profession. I have a Master’s degree in Law. And I have another in Theology.” Law of the land and God’s law. Which one takes precedence? “God’s law is the ultimate law. And man’s law has borrowed a lot from God’s law. I am a born-again Christian,” he adds. He takes his faith seriously. And while he knows that politics is mostly a dirty game, he lets his faith guide him to make the right choices. “Being a governor is ministry. It is my way of serving God – by serving people. This is not to say that I am perfect. Of course all have fallen short of the glory of God. But I live by the understanding that my faith should inform my politics.”