Walk a mile in their shoes 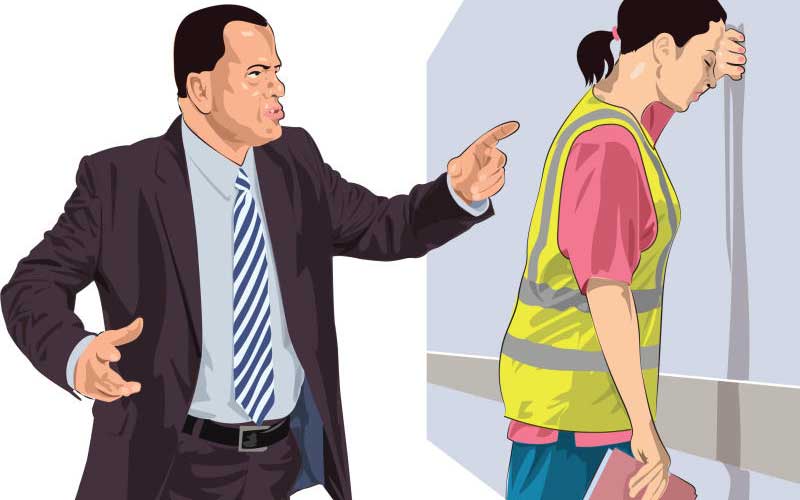 The only people who should be qualified to judge others are those who have walked in the shoes of the ones being judged. And if you have walked in those shoes, then what you are likely to feel is empathy rather than judgement. Earlier this year, our older girl was hired as a registration assistant with the Huduma Namba campaign. After a week of training in how to handle all sorts of situations, they were sent to their various stations to start the exercise. Over the following 45 days, weekends included, she would leave the house at dawn and return well after dusk, completely exhausted and wanting nothing more than a quick shower and to crawl into her bed. There were days when I would have to insist that she eats something because I feared that the accumulating fatigue and poor eating would compromise her immunity and eventually put her down. Of all the places where the young  lady has worked, I believe this will remain the most memorable. She still remarks that that was when she saw Kenyans in their raw state – most were, unfortunately, entitled, rude, impatient and almost violent when they could not have their own way. Interestingly, it was the better educated lot that proved the most challenging, wanting to jump the queues and pay bribes to get attention first despite being the last to arrive at the registration centres. According to her, people in the lower income areas were much more orderly and amenable to waiting patiently for hours to go through the registration process.

She and were colleagues endured bullying and abuse almost daily, especially from people demanding answers that they were not in a position to give. She was very relieved when the exercise ended and politely declined an invitation to apply for a position as an enumerator in the census. But she did send up a prayer for all those who would be recruited to do the job. You see, having walked in their shoes, she knew what they were in for and was empathising with them long before the census began, especially when the demanding questions started to show up on social media. On the first day of the census, we were all at home and she was busy advising that if the enumerators made it to our estate that night, we should be warm and welcoming, and offer a glass of water or even better, a cup of tea. As we expressed scepticism, she reminded us that there had been many days when she and her colleagues went hungry because they simply had no time to stop and eat or because they had no money. Sometimes they would have to make do with food gone cold or survive on soda or water.  A few days after the census kicked off, the young lady and I were driving home when she suddenly said, “Please, let’s give her a lift!” I had no idea who she was referring to – I had not seen the woman wearing the tell-tale orange reflector jacket and standing on the side of the road. Too late, we had already driven past and our girl could only sympathise as she remembered trekking in the sunshine when she was the one wearing the reflector jacket. As we got to our gate, we found another census official standing there and I lowered my window to talk to her. I wanted to know when they were coming to our compound considering the whole family had stayed home over the weekend waiting to be counted. I didn’t think I was being confrontational; however, I was interrupted mid-sentence by our daughter’s very gentle, “I think what she is trying to ask is...” Wow, I was impressed! When the enumerator finally made it to our house the next day, guess who was the only person available to answer the questions? Yes, our older daughter. And not only that, when I caught up with them, I found that she also took the opportunity to pull some of her own training from memory to guide her almost-colleague as she took down our details. Like I said, I don’t think the experience will be forgotten any time soon.