Crazy World
A jealous girlfriend is facing jail after she was found guilty of causing the death of her boyfriend's ex in a horror crash. 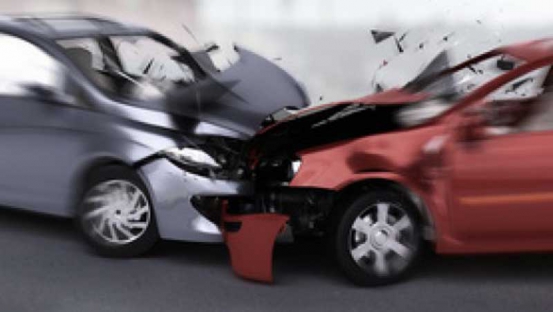 A jealous girlfriend is facing jail after she was found guilty of causing the death of her boyfriend's ex in a horror crash. Rage-filled Melissa Pesticcio denied causing the death of Sophie Taylor and serious injury to her passenger Joshua Deguara during a chase in the Welsh capital. But she was today convicted of causing death by dangerous driving and causing serious injury to Mr Deguara by a jury at Cardiff Crown Court.

Harrowing footage captured how Miss Taylor, 22, was 'driven to her death' as she was chased by her ex-boyfriend Michael Wheeler and his girlfriend Pesticcio in separate cars on August 22 last year. She died after her black BMW One Series was struck by Wheeler's black Vauxhall Corsa causing it to spin into a block of flats. Her passenger Mr Deguara suffered horrific life-changing injuries that have left him unable to leave the house. Pesticcio's white BMW One Series did not hit the other vehicles, but prosecutors alleged she and Wheeler gave chase in a "joint pursuit". Pesticcio, 23, and Wheeler will be sentenced at 10.30am on Friday.

Speaking after the trial, relatives of Miss Taylor and Mr Deguara paid tribute to the pair in a joint statement. It said: "Two families were broken forever on August 22nd 2016. We have been left devastated and heartbroken at the loss of our beautiful Princess Sophie, and the horrific injuries suffered by Josh. “The very thought of just how frightened and alone my daughter and her friend Josh must have felt on that fateful night; being chased through the streets of Cardiff. "As her mum, I was not there to protect her from harm’s way and help her when she needed me. “This has now become an ongoing nightmare that both our families have to endure daily. Since that dreadful day we feel that justice can and will never be fully served.

SEE ALSO: Man gets girlfriend congratulations cake after she finally farts in front of him

"For the death of our beloved Sophie, there will be no amount of justice for the events that led to her death and the life changing injuries that Josh has sustained - no amount of justice will ever be sufficient. “Sophie was our princess, the light of our life - a strong and independent young woman with a huge heart. "She was a beautiful daughter, sister and friend, capable of giving so much love, and in return all she ever wanted was to be loved back. "As a close family, her death has left us ripped apart, unable to cope, really. We fear we will never be able to get over the devastating loss of our lovely angel. “Sophie will never be replaced in our hearts. No amount of sentence will ever bring her back to us, nor will it wipe away the horrific life-changing physical and mental scars suffered by Josh.

“Joshua is a lovely young man who has his whole life ahead of him. He has been left with devastating injuries that has changed his life forever. "He is a bright, kind and caring young man with an amazing sense of humour. He was very independent with a great circle of friends so had a busy social life. He enjoyed playing football and was due to start a new job just before the crash. This is now not the case - he is housebound now and has lost all his independence." Acting Detective Chief Inspector Rob Cronick added: “Today’s verdict brings to close the criminal investigation, but the lives of Sophie Taylor’s family, and of course Joshua Deguara and his family, will never be the same. “Michael Wheeler and Melissa Pesticcio acted together in their relentless pursuit of Sophie and Joshua. They literally drove Sophie to her death and left Joshua with horrific injuries from which he may never recover.

“Michael Wheeler’s treatment of Sophie prior to her death involved coercion and control and was indicative of systematic domestic abuse. "Melissa Pesticcio was driven by jealousy and rage as an ex-girlfriend of Wheeler. Their behaviour leading up to the tragic incident was nothing short of despicable. “I wish to pay tribute to Joshua who has shown immense courage and resilience in giving evidence during the trial, and for showing total humility to confront the challenges that he will face moving forward, as a consequence of providing friendship and support to Sophie prior to the collision."

Signs you're self-sabotaging your relationship