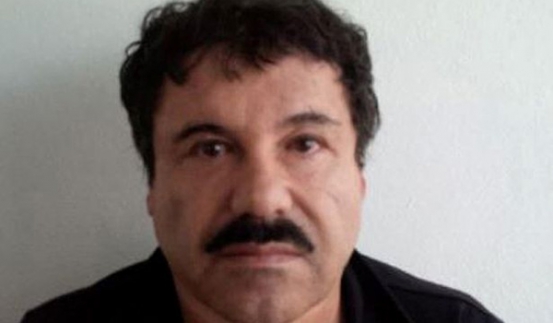 One of the world's most wanted drug lords has reportedly 'declared war' on the Islamic State in a threatening letter.

Joaquín “El Chapo” Guzmán apparently sent an encrypted email to the ISIS leader Abu Bakr Al Baghdadi after one of his cartel's shipments was destroyed.

His letter, which has been leaked by cartelblog.com, claims his men will "destroy" the terror group if they continue to 'impact on their operation'.

The Mexican drug baron, who runs the notorious Sinaloa cartel, allegedly told Al Baghdadi that his organisation are 'not soldiers' but 'lowly p*****s'.

He apparently wrote: "Your god cannot save you from the true terror that my men will levy at you if you continue to impact my operation.

"My men will destroy you. The world is not yours to dictate. I pity the next son of a wh*** that tries to interfere with the business of the Sinaloa Cartel.

"I will have their heart and tongue torn from them.”

El Chapo, nicknamed "Shorty", has been on the run from police since he escaped from the maximum security Altiplano prison - 55 miles west of Mexico City - in July.

He fled through a hole in a shower after his men dug a mile-long tunnel underneath the jail to a farmhouse from where he fled.

The tunnel, which would have taken months to dig, was found equipped with ventilation ducts, running electricity to power strip lighting, stairs and a motorbike on rails on which he rode away.

Guzman, once the 1,140th richest man in the world and once the 55th most powerful, is said to have paid $50 million (£32 million) in bribes this time to ensure he got away safely.

He had previously escaped from prison in 2001, and was only recaptured last year.

The second jailbreak was a huge embarrassment for Mexico's President Enrique Pena Nieto, who had said it would be "inexcusable" if Guzman managed to escape again.

Could the elusive First Class be a 'curse' in securing a job out there?

Getting a First Class Honours at the university is never a cake walk. In fact, one can count in one hand the number of students who manage this feat

By Mwangi Maina | 20 hours ago

Lillian Gogo: My dream was to join university
;
Feedback