Day Bwana Mchungaji nearly made midnight ‘Passover’ at my house

I too have been a client of a church that requires faithful to show commitment to the lord through ‘kupanda mbegu’ in the form of sending Sh310 to an Mpesa number.

By the way, many Kenyans seem to have sowed Sh310 mbegu so much it is almost taking over as the new country code replacing +254.

Trouble is, mademonis who have no idea how my lovely Michelle and I came to be together, claim to be able to fix our marriage in spite of the fact that it is working just fine. They do not know, that our marriage, though dysfunctional, is held together by the glue of optimism even if we no longer function at the junction.

I mean, although there are times a man requires all the love he can get from his missus, these losers claim that love can only be achieved through prayers that are paid for. Since marriage counsellors, in the past, have all sided with Michelle, I decide to go with the tide and see for myself where the two of us will end up without outside interference.

I remember this guy we visited who kept writing down all of Michelle’s complaints and ignoring mine. And the quack claimed he had a PhD in counselling and psychology. Even when I get intelligence that Michelle is plotting to take over the ‘husbandship’ of the house, I just grunt, saying I want to be surprised this time.

This is because, most of the guys who claim to cure feminine dependency syndrome (FDS) and husband battery, serve love portions strong enough to magically turn frosty women like Michelle into warm wives full of tender love for their husbands, are also nothing but con men.

Forget about that Form Two drop out who works miracles with potassium permanganate. By the way, have you ever paused to consider that there is a possibility that if such a guy had completed his ‘O levels he would be able to banish all the hyacinth to Somalia while he walking on the water in Lake Victoria. Or perhaps he could even have ascended with that woman whose ‘fundamendos’ he was fondling for a tour of the heavens.

But that guy is nothing compared to another one I have had the misfortune of dealing with. As far as I am concerned, he is the grandest thug in collar. In fact, he claimed that his modus operandi was more doctrinal than all other evangelical priests combined. He neither took money nor asked for donations. Instead, he came up with suggestions to help improve your situation.

“It is better to teach a man how to bake and fish than to give him two fish and five loaves of bread,” he declared. Therefore, his was the church that taught women how to bake and men how to fish. It, however, followed that most of his flock consisted of women. Apparently, men were not keen to be taught how to fish. I believe it has a lot to do with the fact that the nearest lake to his Kawangware sanctuary is a thousand miles away.

Women, on the other hand, with their microwaves and baking utensils were all over him. They were never late for a service. Dunderheads among them were encouraged to organise tutorials with the man of God in the privacy of their homes where the only requirement was peace. That means the woman who was to host ‘Mchungaji’ had to ensure the noisy husband and the pesky kids were away during the session.

It was said, however, that the homes Mchungaji visited almost always got robbed that very night. Therefore, security analysts concluded that Mchungaji would ‘survey’ the layout of homes taking special note of appliances, info he would pass on to his thug friends. They, in turn, would organise a midnight ‘Passover’ where they would rob the house.

What I, however, did not suspect was that Michelle was a member of that church. I always thought she was smart because after all, she chose me as a husband. But how wrong I was. When I stumbled upon the two, her eyes were shut tight in prayer while she was munching on a cake.

“Madam, who is this stranger in the house?” I asked feigning surprise.

That must have been the spiked holy water that makes people sleep ‘fo fo fo’ so that they do not interrupt the brigade who would pay them a visitation later that midnight. I refused to take the cake and demanded that the man leave my house.

“I am the only priest in this house, so begone,” I ordered. The man left mumbling something about a special place in hell for blasphemers.

I then informed Michelle the danger she had just exposed us to and even before I finished, she complained that she was already feeling sleepy. Well, at least if they come, they will find me wide awake. I said to myself shutting all the doors.

Political parties have the right to kick out rebels

Internal political party upheavals are a manifestation of anarchy in a political environment gone wild.

By Stevens Muendo and Patience Tamara | 3 days ago 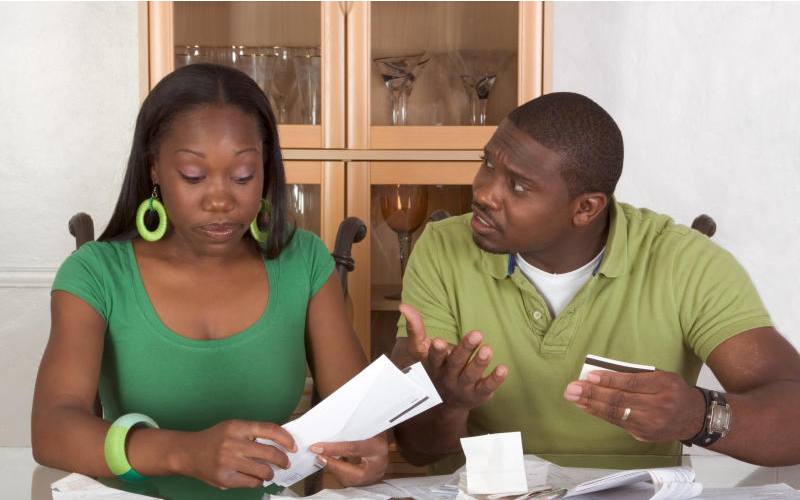