Miriam Makeba: Music should be a career

It’s an otherwise quiet Thursday afternoon when I hook up with one of the most celebrated artistes in the music industry at her home in Hurlingham.

On arrival, she humbly ushers me in and offers me something to drink. She looks stunning, her face glowing as usual. As we settle down for our interview, I discover there is so much to learn about her other than what she is famously known for — her music.

When most people hear the name Achieng’ Abura, the first thing that springs into their minds is music. Not many know her beyond her music career. As a singer, composer and pianist, Abura has inspired some of the greatest names in the music industry. Her strong will is what saw her rise so fast to stardom.

So what’s she like, up close and personal? Sweet, relaxed and down-to-earth, are the words that best describe her.

“I am an easy-going girl, passionate about God, life and music,” she says.

Born and brought up in Eldoret in a family of eight children, she describes her life as a humble and quiet one. Her parents were farmers.

“I grew up in a place called Songhor, where my parents had bought land. It was a beautiful place and I loved being there. I did a lot of farming and enjoyed every bit of it,” she says. “My parents also had businesses in Eldoret, which we helped manage. We grew up knowing that it is important to work hard.”

At the age of 12, after excelling in her primary school education, her mother Isabella Abura, rewarded her with a new Campbell piano.

“I loved singing right from the time I was young. I could sing in the house and that is when I realised I had a talent,” says Abura.

Since then, Abura, 50, has been making her mark in the music industry with both her gospel and Afro-jazz style of music.

At some point, juggling between music and a full time career proved to be a challenge. That is when she decided to ditch everything for music.

“Music is the essence of my spirit. It is something I am so passionate about. It keeps me stable,” she says.

Why the shift from gospel to Afro-Jazz? I ask.

“I had always wanted to sing like the late Miriam Makeba. At that time, the church was so critical — I think it still is. Just because you are a gospel singer does not mean you can perform miracles,” says Abura.

“I have always remained true to my religion even with the Afro-Jazz style of music, and I must say I have found satisfaction in it.”

Abura says she uses her music for social change.

“I strive to make my music thematic, touching on issues such as environment, peace, or the girl-child,” she says. She was actively involved in the Sudan peace process.

Her debut gospel album is titled I Believe. Her following albums were Way Over Yonder, a special dedication to her late mother.

Her Afro-jazz and Afro-fusion albums include Maisha, Spirit Of a Warrior and Dhahabu Yangu. A Jazz undercurrent within strong East African beats and a distinctive powerful voice, characterises Abura’s music.

With her music at hand, she also undertakes several projects with the United Nations Educational, Scientific and Cultural Organisation (Unesco) and United Nations Development Programme (UNDP).

She has collaborated with several artistes, both local and international including Ted Josiah, Wyre, the Moipei sisters, Collo, Senegalese based Saintrick, among others.

She has also conducted several aspects of training, especially vocal training among local and international artistes. She was the principal of the Tusker Project Fame for three seasons.

“I enjoyed nurturing talent. As principal, I loved to watch how the contestants grew and blossomed from one level to the next, in terms of music. I must say it was a remarkable experience,” says Abura.

Though people might feel as though she has been missing in action for some time, Abura says she is preparing for a comeback. According to her, she is working on her next album, which will probably be out by the end of the year. She is also working on several projects on environment issues, especially on the conservation of some of the wildlife species that are almost becoming extinct in the country.

“I have so many plans as far as my music career is concerned. I feel I need to do much more as far as Afro-fusion is concerned because to me, it is the most beautiful part of music. Internationally, it is also very marketable.”

As far as the growth of the music industry in the country is concerned, Abura is quick to attest to the fact that it has grown significantly. However, since it is not regulated or monitored, it can collapse anytime.

“Artistes are always subject to manipulation. My hope is that the Government will create a cultural and music sector that is monitored and well funded,” she says.

Unlike in the past, she says, music has transformed into a fulfilling career, hence every artiste should be proud of what they do.

“Music should be a career. Artistes must learn to appreciate it and do the business side of music, to market and promote themselves, to diversify within the music and to know their creative rights, since it can go a long way in spearheading them to greater heights,” she opines.

“One of the biggest things about music is that you learn a lot. I have travelled a lot to different countries to perform, and I must say music opens you up to a different world, and different moments.”

Her dream is to start a school of performing arts where she can help those who want to venture into music achieve their goals.

She has also partnered with a few individuals, together with whom they run a record label company and strive to see it grow bigger and better.

As someone who’s been there, done that, she encourages music enthusiasts  not to give up however dark the path could be.

“Music doesn’t pay off immediately,” she says. “I have definitely experienced my own challenges. At some moment, the industry is up and at the next, it is down. For an artiste, it can be frustrating, especially when one is not able to realise their full potential. However, it is now the era of innovation and artistes must enhance cultural development not forgetting that persistence and hard work does pay off,” she says.

Fire razes Moi Girls High School Eldoret lab
The school's Board of Management (BOM) convened a meeting today and assured parents that the girls are safe and normal learning has already resumed.
Rift Valley
By Faith Kutere
1 month ago 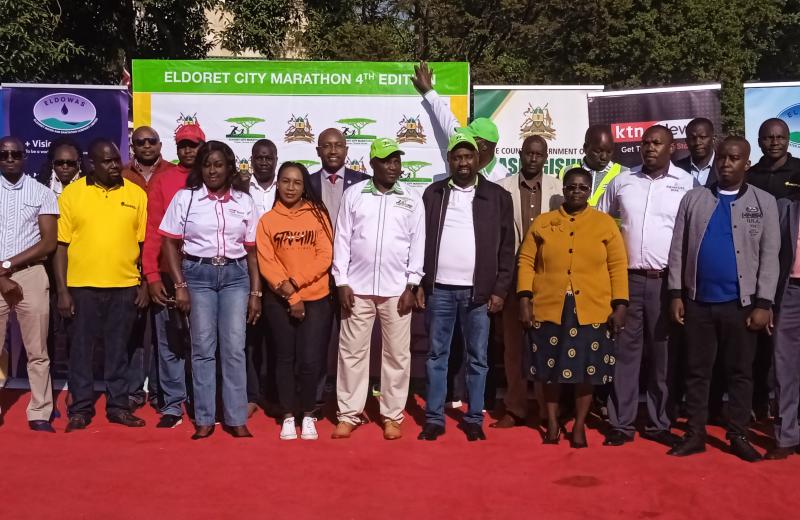 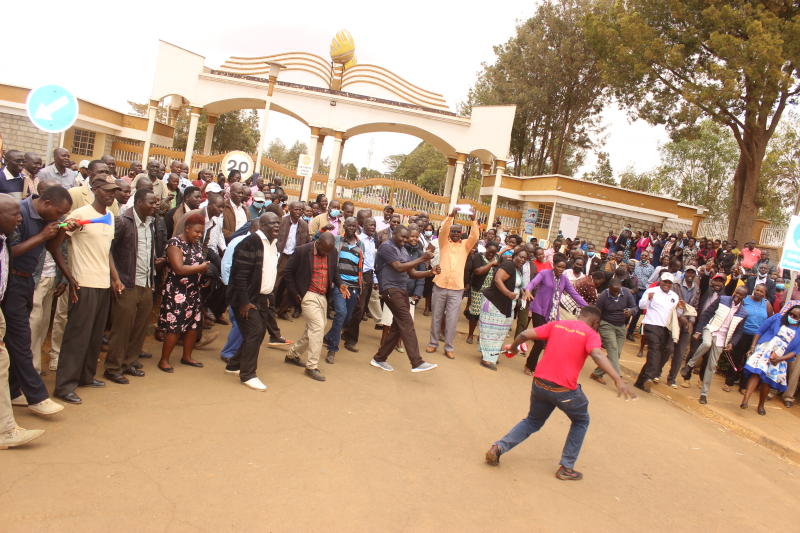 Eldoret varsity workers protest delayed CBA
Operations at the University of Eldoret have been disrupted following the decision by workers to go on strike to push for implementation of the CBA.
Education
By Christopher Kipsang
3 months ago 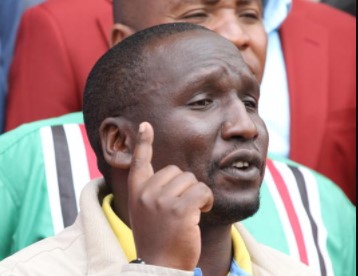 By Eva Ng’inja-Croft 3 17 minutes ago
Next president should help end violence against women, girls

By Andrew Kipkemboi 3 47 minutes ago
Premium Kenya Kwanza manifesto: When the devil is not in the details