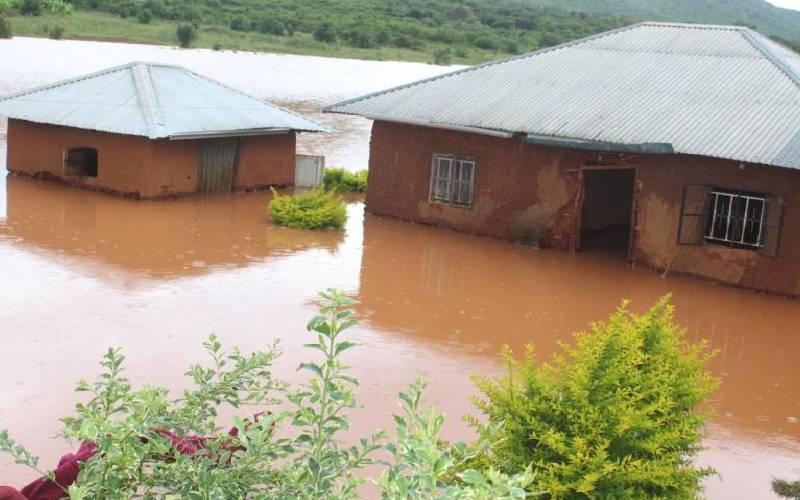 Mention the name Budalang’i to Kenyans and what immediately comes to their mind is floods. This is because of the history and frequency of floods in this area.  During floods, many people particularly in Bunyala South and Central wards are displaced and have to seek refuge in Bunyala West and North wards, which are on higher grounds.

The latest flooding episode occurred barely two months ago. Interestingly, the main flood mitigation measure the government has consistently employed is the construction of dykes on both sides of River Nzoia channel. Sadly, the dykes which are merely solid soil, have not been effective as they are easily eroded away, leading to extensive destruction of settlements and property. Recently, the government initiated a Sh10 billion World Bank-funded Lower Nzoia flood mitigation programme through dyke rehabilitation and livelihood enhancement. This is an on-going programme meant to eradicate flooding menace.

Assessment reports from the Lower Nzoia flood mitigation programme indicate the root-causes of River Nzoia floods are river meandering and heavy siltation that have rendered the channel shallow. The Environmental and Social Impact Assessment, Lower Nzoia Irrigation Project World Bank funding reports, expressly states that sedimentation in lower Nzoia is estimated at 65mm per year since 1981. This means to date, lower Nzoia is more than two metres shallower than it was in 1981. At the same time, the straight distance from Rwambwa bridge, where the dykes start to the mouth of River Nzoia is 17 km. However, the meandering river channel from Rwambwa Bridge to the mouth of the river is 40km. This means the water has to cover 23 additional circuitous kilometres to reach the mouth. According to the report, it is these heavy meanders and intensive sedimentation that cause frequent flooding in the area. Whenever flash flood occur, Budalang’i goes into a flash flood dam, holding more than 1.0 billion cbm of water, twice the capacity of Kiambere dam (585million cbm).

This water is what should tremendously be reduced through proper drainage mechanism. Therefore, flood mitigation interventions should target this by removing the twin causes of flooding in Budalang’i Constituency: Siltation and river meandering. The two approaches that would effectively address these causes are river training, to straighten the river channel and dredging to remove the silt at the mouth/delta and deepen/widen the river channel so as to ease the flow of water downstream to the lake. This flood mitigation strategy has been successfully employed on River Osogbo in Nigeria, the delta of River Niger, River Murray in Australia and Adyar and Cooum rivers in India and Red river in Vietnam.

However, in the flood mitigation design analysis, the consultant for the ongoing Lower Nzoia Flood Mitigation Programme conveniently settled for the rehabilitation of the old dykes rather than addressing the root cause of flooding, which are meanders and sedimentation as established in the programme’s hydrological reports. During public participation sessions conducted in Budalang’i, government and consultants boldly and repeatedly assured people of permanent concrete dykes. That was a fallacy. The dykes are still soil made. The documents further state the consultant settled for dyke rehabilitation because it was preferred by the residents to other measures during the public participation process.

This defies the principles of cause-effect analysis and appropriate response when a consultant selects an intervention because of residents, who are laymen, not experts. Secondly, the principles of hazard management (elimination, reduction and containment) were not appropriately applied. Why did the consultant settle for old dyke rehabilitation, which is a containment measure when it is demonstrably feasible to eliminate/reduce floods through dredging and river training as has happened elsewhere? These two are contentious issues that Budalang’i professionals raised in consultative meetings with the Ministry of Water and Sanitation in 2018 and 2019.

Bunyala West has chosen to rally on love- Obukheri

Eviction of families was epitome of human rights violation

Politicians should not use Msambweni vote to polarise country

The youth should rally BBI proposals

Medics' plight: An open letter to the President