NAIROBI, KENYA: In 2014, for the first time, Sio-Siteko trans-boundary wetland was selected as venue for commemorating World Wetlands Day in Kenya.

The event successfully raised the conservation profile among stakeholders at all levels of the value and the need to conserve the steadily degrading wetland. Speeches were read, and grand plans elaborated on how the wetland would be restored.

The most memorable was a statement by Busia County Government that read in part, “the county was cognisant of the opportunities lost through wetland degeneration and had embarked on a long-term strategy to promote their protection. It was observed that, among others, the strategy would achieve sustainable management of fisheries in Sio-Siteko wetland to increase food production, alleviate poverty, mitigate adverse effects of water pollution, reduce water borne diseases, resolve conflicts and create a harmonious environment that promotes cross border trade. To this moment, the local community is patiently waiting for the strategy to be implemented.

Wetlands are our frontline defence against floods

Kisumu, Nairobi Governors yet to respond to wetlands invasion case

Why the interest about wetlands? Wetlands are among the world’s most important natural resources but on the contrary, they are least understood and most abused assets (Maltby, 1990).

Further, tropical wetlands are known to be very productive (Denny, 1993), providing water and primary productivity upon which large numbers of plants and animal species depend for survival, making them important locations of genetic diversity.

The Sio-Siteko wetland system which spans the Kenya-Uganda border is one such abused wetland despite providing a number of valuable ecosystem goods and services, including storing and purifying water that flows into Lake Victoria (Ouma 2010).

Despite serving as an important migratory flyway, the wetland is undesignated. It is also a source of food (especially fish and fingerlings) and construction materials such as sand, clay and poles, and also supports agricultural crops such as arrowroot, sugar cane, potato, maize and millet. In addition, it stores and supplies water for domestic and livestock use. The wetland complex also filters and purifies polluted water from urban areas. 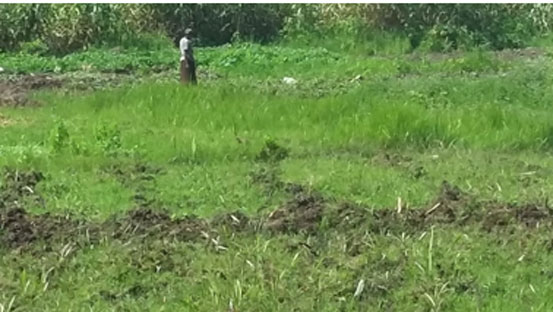 Sio-Siteko, as is the case with most wetlands around Lake Victoria, is not gazetted hence does not fall under protected areas. It is therefore prone to overexploitation and continued degradation. There are noticeable changes in wetland hydrology and physical condition which have long term effects on the surrounding wetland ecology, biodiversity and riparian community’s livelihood.

Human activities in the Lake Victoria Basin (LVB) have accelerated the rate of ecological change and increased threats to the existing natural resources. In the last fifty years, wetlands in the LVB have been facing serious problems of degradation and their ability to continue providing valuable ecological services is threatened (Kairu, 2001, Kansiime et al., 2007).

About 80 percent of the human population living in the LVB derives its livelihoods from subsistence agriculture (GIWA, 2006). Thus, agriculture, which is intensifying on most catchments, will continue to have significant impacts on the environment.

The main driver of changes in Lake Victoria ecosystem are human population pressure, especially its increasing size, rapid growth rate and increasing urbanization and immigration. In the upper reaches of many rivers, the main threats to wetlands are reclamation for agriculture, overgrazing, human settlement and encroachment, siltation, pollution (mainly from agriculture and industrial sources), introduction of exotic species such as blue gum trees (Eucalyptus spp.) and overharvesting of water dependent plants.

Inheritance is a major cause of land subdivision into small-holdings. The available agricultural land per person has diminished considerably from 0.56 ha per person in 1979 to 0.18 ha per person in 2005. The phenomena is also manifested in low agricultural production, low fish yields, lack of fuel wood, water pollution, loss of biodiversity and poor health caused by waterborne diseases.

The communities around Sio-Siteko wetlands are mainly engaged in crop farming, with a small level of livestock farming and petty trade. Majority of community members in the area derive a lot of their livelihoods from natural resources, including those from Sio-Siteko wetlands.

However, the wetlands have had a lot of degradation, from encroachment for crop and livestock farming, pollution and over harvesting of some resources, which affects wetland productivity.

This is compounded by the fact that being a trans-boundary resource, the wetland system needs concerted efforts from both Uganda and Kenya governments, which is currently missing.

The location of Sio-Siteko wetland system, along two countries, presents a challenge in terms of specific administrative structures and legislative measures to guide management of such a resource.

This is compounded by the fact that the environment management policy and legislative frameworks in Uganda and Kenya are not exactly the same. The lack of harmony as relates to resource governance is a major drawback. 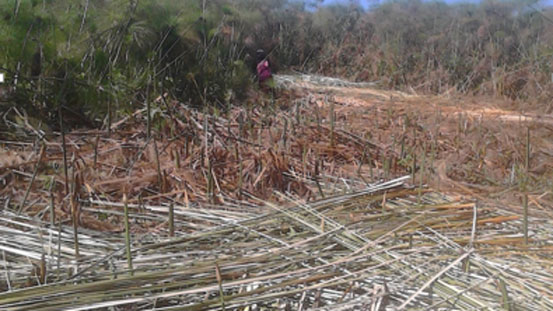 Workshops to sensitise teachers and other stakeholders on crane monitoring, and crane festivals have also been held to strengthen understanding and skills in support of crane conservation in the region. Assorted tree and flower seedlings have also been distributed to the target schools.

Development of a National Single Species Action Plan for the conservation of Grey Crowned crane, development and implementation of environmental education program, advocacy and strengthening partnerships and undertaking feasibility for conservation agreements are among outputs that will strengthen crane and wetlands conservation at Sio-Siteko wetland.

Elements of the western Kenya project that will contribute to improved conservation of Sio-Siteko wetland include; crane monitoring aimed at improving understanding of the breeding status, population trends and distribution of Grey Crowned cranes in Western Kenya, rehabilitating and protecting critical crane habitats in close collaboration with local communities, and raising the conservation profile of Grey Crowned crane at all levels through communication and networking.

The Nile Basin Initiative (NBI), through the Nile Transboundary Environment Action Project (NTEAP), jointly with other stakeholders from Kenya and Uganda has supported the development and launch of Sio-Siteko Trans-boundary Community Based Wetland Management Plan.

The plan is an outcome of a negotiated process and provides a framework for collective action towards realising a shared vision.

The plan brings out the main issues that require attention by the various stakeholders ranging from use of the ecosystems and its resources, and cross border cultural and socio-economic issues.

In addition to being a planning tool, the plan provides useful information on the wetlands hydrology, ecosystems and biodiversity together with their socio-economic and cultural importance.

For purposes of sustainability, the Nile Basin Initiative and other regional bodies like the Lake Victoria Basin Commission can facilitate coordination processes but the implementation has been designed to be carried out by the districts and the communities who directly benefit from the resources.

While the vision for Sio-Siteko management plan is “A well conserved Sio-Siteko Wetland system, sustainably utilised for both socio-economic and ecological benefits in a harmonized trans-boundary relationship,” the objectives are; Sustainably manage the fisheries of Sio-Siteko Wetland to increase food production and alleviate poverty, mitigate adverse effects of water pollution and reduce water borne diseases in Sio-Siteko wetland, conserve wetland habitats to reduce wetland biodiversity loss, reduce human – wildlife conflict through introduction of sustainable conservation measures and alternative sources of income, improve livestock production and security through enhanced health care, resolve conflicts and create harmonious environment that promotes cross border trade, and set up, facilitate and monitor management plan implementation structures and mechanisms. Widely disseminating the plan among all stakeholders is of immediate priority to spur collective action in its implementation.

Role of community based organisations

Communities in Busia County are also making efforts in their own small ways to conserve and uphold the wise use principle by practicing agriculture that will not compromise the functions and existence of their wetlands. Eco-Green, a youth led Environmental Community Based Organization is one such organization actively supporting wetlands conservation. It was founded in 2015 with a mission to promote, conserve and protect biodiversity in order to create uninterrupted functioning of natural ecosystems.

Through the ICF/EWT/CANCO partnership, the Kenya Country Coordinator in consultation with the local community is developing a project proposal on Sio-Siteko wetland, aimed at supporting implementation of aspects of the management plan. The concept focuses on four components; Rehabilitation of critical biodiversity wetland sites, environmental education, livelihood support, and advocacy and networking.

Kenya joins the world in marking the World Wetlands Day

By Benard amaya | 3 days ago

By Amos Kareithi | 10 days ago