Of Ruto's figurative slap and where the real one should land

To slap someone is to hit them with the palm of one’s hand. In most parts of the world, this physical contact across another person’s face or other parts of their body makes the act assault. This is certainly so if there is force in the slap.

Former Laikipia North MP Mathew Lempurkel found out, the hard way, how grave Kenyan law considers slapping to be. According to court papers, he “willfully and unlawfully assaulted Sarah Korere by slapping her on her left cheek.” For that, he was jailed for one year without the option of a fine.

Former Nairobi governor Evans Kidero got away with merely a slap on the wrist (pun intended). Accused of slapping the then Nairobi Country Woman Representative Rachel Shebesh, Kidero had the matter settled out of court. Anecdotal evidence suggests that it was an expensive settlement with seven-digit figures bandied around.

In the run-up to the elections, Kenya is now in the silly season proper! Accusatory and often false messages intended to denigrate adversaries are echoing loudly left, right and centre. One of these has been the apparently leaked conversation between Deputy President William Ruto and some of his supporters from Central Kenya.

In the dialogue, Ruto allegedly says he almost slapped President Uhuru Kenyatta for wanting to concede defeat during the 2017 presidential elections. This narrative attempts to play on the tired old canard that depicts the DP as a man of violence when it is patently clear that slapping, in this instance, is a figure of speech.

There is a surfeit of other figurative examples. For instance, Suna East MP Junet Mohamed deserves a slap on the back from those at whose behest he acts. As purveyor of these unseemly leaks, he has triggered, whether unwittingly or choreographed, a series of the Kenyan version of “Me too” revelations. These have dragged Cabinet Secretaries Eugene Wamalwa and Fred Matiang’i into stories of “near slappings.”

President Uhuru Kenyatta’s acts of running interference for erstwhile political adversary Raila Odinga, are now considered a slap in the face by some. Tharaka-Nithi Senator Kithure Kindiki and National Assembly Speaker Justin Muturi recently said, “Dr Ruto stood with President Kenyatta in the 2013 and 2017 elections but it was sad the Head of State had abandoned him in favour of Azimio la Umoja One Kenya Coalition presidential flag bearer Odinga.”

Even the Independent Electoral and Boundaries Commission (IEBC), having previously slapped a ban on the use of the manual electoral register, has now rescinded its decision. Pursuant to discussions with stakeholders in this year’s national elections, the IEBC will use the biometric voter’s register but maintain the manual one as a back-up.

It is clear that proponents of the two main political formations, Azimio la Umoja and Kenya Kwanza, are now talking smack to each other. Having launched their party manifestos, they have departed from their intended development agenda and are trying to outdo each other in ad hominem and vituperation. But it becomes particularly worrying when leading lights of the two formations go at each other hammer and tongs.

President Kenyatta has made his choice of successor evident. Bully for him. It is within his constitutional rights. But as the outgoing president, it behoves him to remain the symbol of national unity by exercising restraint in the place of displays of pique. Perhaps he should follow his own advice by turning the other cheek. Similarly, DP Ruto would be well advised to avoid stroppy outbursts directed at the president, after all, he is not running in this year’s elections.

Kenyans are asking; is it possible to redirect the national conversation from personalities to issues that affect the body politic? Certainly, there are ineluctable issues that must be addressed after the elections. Foremost is the fixing of the economy which is in parlous straits. The youth have an expression when they find something pleasing. They say it slaps! Finding solutions to Kenya’s onerous problems will certainly slap in the right way! 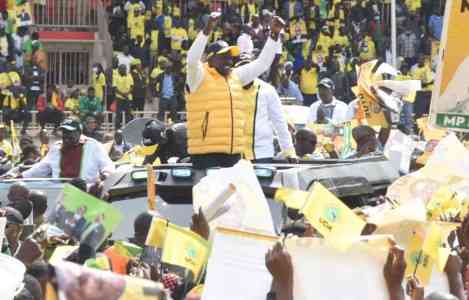 Ruto to Uhuru: You don't have to worry that I will outperform you
UDA presidential candidate Ruto pledges to unite country and empower low-income earners; says he’ll commit to constitutionalism regardless of poll results.
Politics
By Stephen Rutto
1 month ago 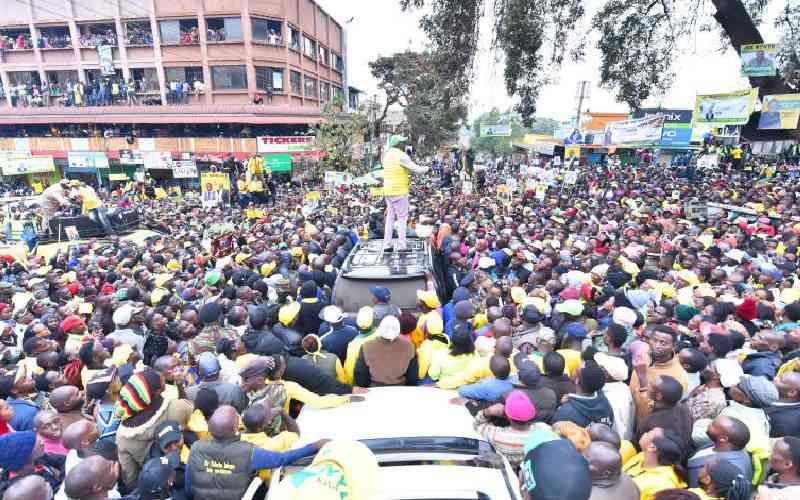 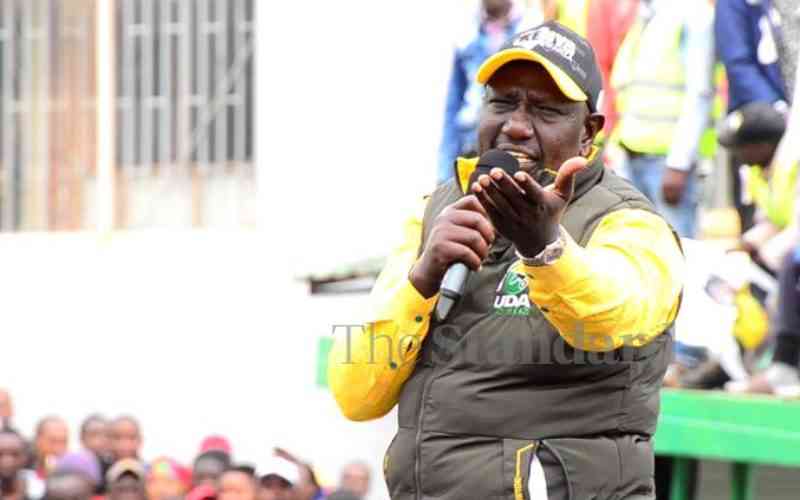 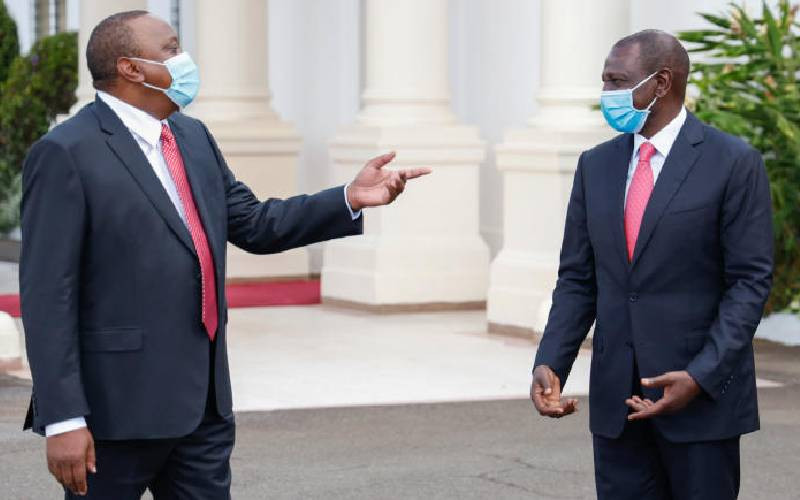