The stories from Alliance High are shocking to any parent. Yes, it is shocking because Alliance School is just that; the envy of many and the face of the elitist and privileged in society. It is the school that all the best boys in the country’s primary schools are encouraged to settle for as choice number one.

Until the new exam measures were enforced, it easily churned out over 200 ‘A’ plain students who would go ahead to scoop the juicier careers such as medicine, engineering, actuarial science, architecture and ICT-related courses.When you talk about Alliance, both the boys’ and the girls’, four things come straight to mind. First, is that it is the home of the best brains, the country’s top scorers.

Two, you think of the powerful and mighty, sharp and shrewd minds that stand at the apex of private and public institutions as well as professional, research and academic institutions in our country at different seasons. Thirdly, are the top cream principals in the league of founders like Carrey Francis (whose grave is among those the Form Ones are forced to lie on) as well as Christopher Khaemba.

Finally, it is the question of whose children dominate this school. Yes, the best but poor boys in the counties have slots here. But also the movers and shakers in Government and private sector as well as the political enterprise have their standing quota in this institution. In fact the parking lot and visitor lists during Open Days paints a picture of this elitist and privileged club.

So to imagine that these ritualistic and near-cultic initiation processes for Form Ones can be happening here is akin to being told Farmers Choice is moving its pork sausages business in Africa to the Middle East.

The girls who went to Alliance Boys

Chrispo wants to study law after scoring 413 in KCPE

But yes, from the accounts of parents and students, these rituals exist but are made to look like a normal initiation process whose secrets, if leaked, have dire consequences for the young ones as it is considered betrayal. The punishments reported include whipping, torture, humiliation and instant justice by prefects – or to put it plainly, fellow students.

Then there is the nocturnal activity of being woken up and being forced to lie on the founders’ graves, kissing grass, curdling electricity bulbs and other forms of denigrating and debasing activities. The authenticity of the report springs mainly from three corners.

The first is the fact that a Government agency investigated the claims and filed the report that has triggered all this nightmare for the management, board, alumni and entire Alliance School fraternity. Secondly, the testimonials by some parents whose children confessed during half-term, following exposure of the report.

But even more interesting is the third reason. Authoritative information has it that a top Ministry of Education official abruptly withdrew his son from Alliance School. The context and reason is now predictable. Shortly thereafter, the agency started investigations. Then the principal quit in a huff, claiming he was taking early retirement to pursue other interests, which by the way you can choose to believe!

Obviously, David Kariuki was battling a three-pronged attack on his person and professional standing. Parents were enraged that the number of As had dropped from 207 in 2015 to only 14 last year. This attracted criticism from the ministry’s statement that the drop was because cheating had been stopped, insinuating that Alliance School, among other giants that fell, were cheaters.

The second source of pressure was from the furious Jogoo House official and the network around him, who were bitter that such a thing was happening at this school of all places, and behind their backs. Jogoo House officials know some of the people with children in this school and the strings they can pull, and what this means to their own careers.

They had to act in self-defence because they were caught up in what Kenyans call the unga situation (protecting the own and family feeding lifeline).

The other reason is they knew Alliance School, which was the first to give black Kenyans access to secondary education, makes news and indeed it has spread like bushfire (by the way the school’s nickname is ‘Bush’).

Not long ago in a national school in Nyanza, two boys were sodomised but Jogoo House’s antennae remained low. In Nyeri, students killed a prefect. In other areas, students burnt schools but soon it was forgotten, but not before the usual shuffling of feet at Jogoo house and Teachers Service Commission headquarters.

There is a bigger reason to worry about what happened at Alliance School. It represents the best and the pride of our country. It is our knowledge factory. It is an attack on the soul of Kenya, much in the same way claims of doping have hurt our image as an athletics sports superpower in the globe! But it also says a lot more of what could silently be happening in other schools, especially in the rural areas and informal settlements. As they say, if it happens in Alliance School of all places, then it surely must be happening elsewhere. That is why a nationwide investigation has to be done.

Even as this is done, we must also remember that after all Alliance School is part and parcel of our society; and so there is nothing to firewall the institution from the rot and the filth in our country. So, we can just shrug and say the Alliance School episode is just about ‘us’ being ‘us’!

Kenya’s mysterious dollar billionaire has disappeared from the list of the latest publication of the world’s wealthiest people by property consultants Knight Frank. 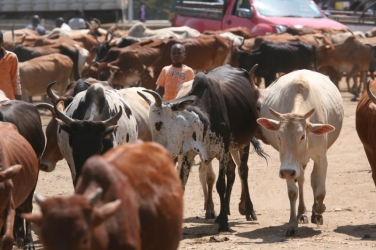 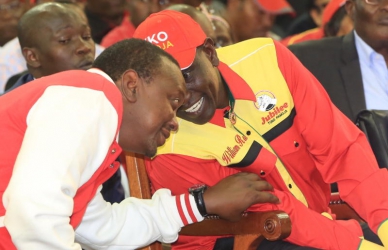 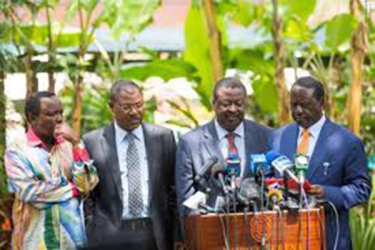 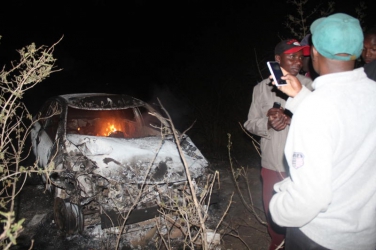