Civil servants and teachers have suffered a major blow after the government rejected Sh68 billion request to finance increment of salaries and allowances starting July 1.

The Standard has established that the National Treasury has written to the Salaries and Remuneration Commission (SRC) turning down the request that would have made available money to fund next phase of pay reviews. 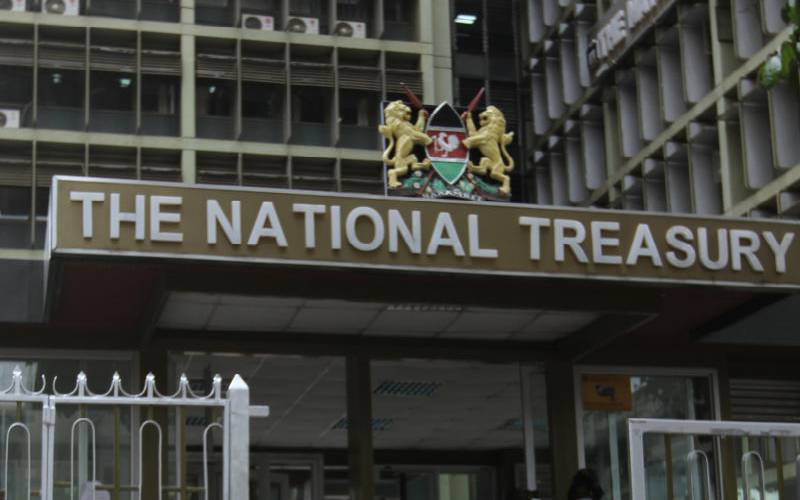 This comes on the backdrop of a Sh253 billion loan programme the government has struck with the International Monetary Fund (IMF) that is aimed at putting the country’s finances in order.

According to the Treasury officials, controlling the government wage bill can yield the government significant savings which they can use to “help protect high priority social and development spending in the context of limited fiscal space,” said National Treasury Cabinet Secretary Ukur Yatani and Central Bank of Kenya Governor Dr Patrick Njoroge in a letter to the IMF managing director.

“This will be accomplished through continued restraint in hiring and wage awards (including in the 4-year wage agreement that will come into effect in FY2021/22) and by improved wage bill management,” they said.

All government employees that had a Collective Bargaining Agreement (CBA) were expecting to get an increment as the financial year comes to a close but it seems their hopes have been dashed.

However, we have learnt that the total payout is Sh68 billion and not Sh83 billion being pushed by Kenya National Union of Teachers (Knut) secretary general Wilson Sossion.

A source said that of these funds, the National Treasury has committed only 10 per cent, or Sh8 billion. Last evening, Yatani said the 10 per cent allocation totalling Sh8 billion for 2021/ 2022 is for civil servants and teachers.

Today, the SRC will hold a meeting with the chair of the Council of Governors (CoG) as it seeks to manage what threatens to degenerate into a full-blown labour crisis.

The government, which has been adversely affected by the Covid-19 pandemic, is said to be at it wits’ end given the need to prioritise the CBAs for all the sensitive sectors including teachers, security and health by the end of financial year in June.

The government is said to be pondering to invoke a clause under the four-year agreement that allows it to freeze the payout in case of eventualities such as a pandemic.

TSC had assured teachers' unions that salary talks would commence immediately SRC gets the award from the Treasury to define the negotiation beacons.

Details show that SRC had requested the money to harmonise workers pay and to effect new salary raise once the job evaluation is completed.

The Collective Bargaining Agreements (CBAs) are expected to end on June 30, giving way to the next four-year cycle of remuneration based on job evaluations. But this now seems to hang in the balance as details show that the government will not make available the funds.

Classroom teachers, who were underpaid under the present CBA, will be most hit as they were expected to be the greatest beneficiaries in the next phase of salary reviews.

He said that of the funds demanded by SRC, Sh32 billion was to be allocated to Teachers Service Commission.

“But shockingly, Treasury only said it can raise Sh6 billion. And this means that TSC may only get less than Sh2 billion for the next four years.

“Compare this to the Sh54 billion CBA that is coming to an end and you see this is a joke,” said Sossion and urged the Treasury to release the funds.

“By end of June, all the CBAs for the next phase (2021-2025) should have been negotiated, signed and deposited at the Labour court.”

He termed as a sad affair for workers and trade unions, the move by Treasury to reject the modest request by SRC.

“We insist that the Treasury must allocate the money because we believe the economy can support the request. Failure to this means workers will be hurt and the job evaluation shall be useless,” said Sossion.

Sossion said workers' strike will be inevitable in absence of proper CBA funding across the public service sector.

“This is a serious mater that we cannot play around with. They are precipitating a strike from unions and workers. It is a sad affair that they have always given us indication that we shall be able to sign the CBAs.”

Beatrice Nanjala’s tumour had three litres of fluid equal to someone having two heads.

By Macharia Kamau and Philip Mwakio | 8 minutes ago

By Josphat Thiong’o | 8 minutes ago