Charlie Charlie: Concern as demonic game for teens is back 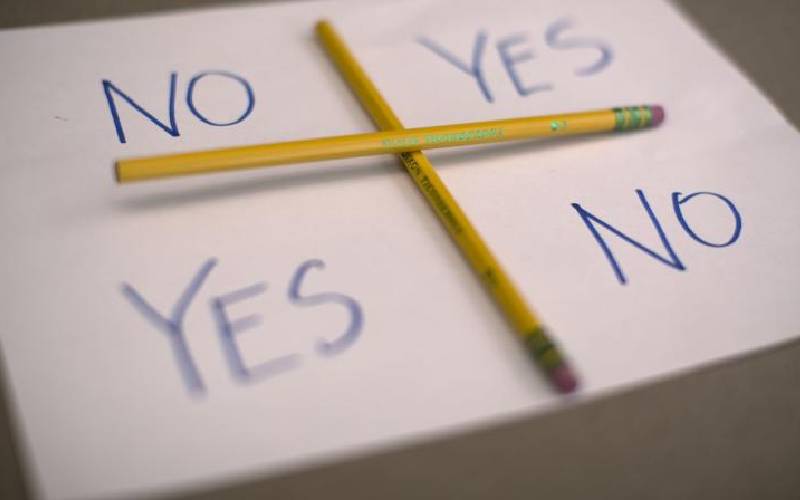 The thought of being in the same room with a demon is enough to terrify an ordinary person and make their skin crawl. But demons and spirits have just as many sceptics as believers.

So, for enthusiastic fans, attempting to cast spells, playing with Ouija boards and even reaching out to spirits in the after-life is a thrilling affair.

One of the legends crafted by creative minds over the centuries modelled around spirits and demons is Charlie.

Charlie is said to be a demon that is called upon to answer questions in an internationally popular game called Charlie Charlie, that has gripped the Internet.

The game involves balancing two pencils in a cross shape over the words “yes” or “no” on a paper. Players ask questions which are supposedly answered by the mysterious demon named Charlie, who moves the top pencil by rotating it.

The game first emerged via Twitter and caused a craze worldwide in 2015, but there are concerns that it is slowly creeping back.

Back then, Charlie Charlie players widely reported being haunted and harmed by the supposedly wicked demon, leading to the rumour that the game may be fatal. Numerous reports indicated that the game was linked to suicides and mass deaths, but the claims were dismissed by the creators.

Now, alarmingly, the eerie game is back trending among African teenagers, with its hashtag gaining momentum again on social media in the past week.

“How strange that Kenyans ndio tuko 2015 compared to Spain,” says a Twitter user going by the name Daniel Nyakoe, who wonders why the game is popular once more locally.

And the confessions go on.

“We played that Charlie Charlie game and something weird happened,” claims one called Joe, but he did not explain further when probed by other Twitter users.

“That thing is real,” he says after being prodded more.

On social media, most of the conversations revolve around an unproven report that six Kenyan children have this week died after playing the game.

“That game is demonic guys, my pencils moved, but I couldn’t wait to complete because I was gripped by fear,” wrote one Dennis.

A budding YouTuber named Legend Mash yesterday uploaded on his channel the experience of an unknown boy playing the game.

The eager young man begins by telling the camera that they would get to the bottom of the game and know how real or fake it was by the end.

“Charlie Charlie, are you there?" the boy asks twice before one of the pencils rotates 180 degrees to point to yes. The young man then appears to be gripped with shock and fear.

The clip then fades and returns to a chocking and gagging Charlie Charlie player, the same young man who is now lying on the ground being attended to by concerned friends.

However, such accounts and multiple others have long been dismissed as hoaxes.

Many other similar accounts have flooded Kenyan YouTube channels for the past 48 hours, with Charlie Charlie players reporting funny bodily happenings after attempting to play the occultic game.

The Standard reached out to the Directorate of Criminal Investigations with these reports, but the detectives denied mysterious deaths related to the game.

The game has for a long time been linked to Mexico, but Mexicans interviewed by the BBC have in turn distanced themselves from it.

Other reports say that the game is a modern version of the Spanish paper and pencil game called Juego de la Lapicera (Pencil Game), a childhood game often played by teenage girls as they seek to find out which boys in their class like them.

The game was popularised internationally six years ago through the hashtag #CharlieCharlieChallenge, making history after being retweeted over 1.6 million times.

According to The Independent, the game is a scientific phenomenon of gravity moving the pencils, and not a Mexican demon named Charlie.

“With the Charlie Charlie game, nobody is actually touching the pencils. But they are still likely being pushed — the pencils have to be so finely balanced on top of each other that even the slightest movement from a breath or slightly tilted surface will push it around. The arrangement of pencils that the game requires means that they’ll always move, because it’s just not a natural position for them to be in,” reads an explainer by The Independent.