Maraga: What frustrates the rule of law in Kenya

Chief Justice David Maraga, who is retiring on January 12, 2021, has revisited issues that frustrated him during his tenure.

Speaking during a Rotary Club of Mombasa function on Wednesday, Maraga told Rotarians that his greatest frustration during his years as a member of the Bench is Kenyans’ lacklustre attitude towards the rule of law.

The CJ noted that Kenyans are often interested in the law only when it favours them, pointing an accusing finger at the government for failing to obey the rule of law.

“When I talk about disobeying court orders, many immediately think of orders like the one requiring the Government to facilitate Miguna Miguna’s return to the country. There are many other orders some of which mean livelihoods to very poor people.

“A peasant buys a piece of land from his neighbour who refuses to transfer it. He goes to court and after many years, he eventually gets an eviction order. When he takes the order to the Police for assistance to evict, corruption kicks in and the Police question the propriety of the eviction order and start another case,” he said.

Justice Maraga also expressed his displeasure at the nation’s propensity for corruption saying it is down to selfishness and self-centeredness. 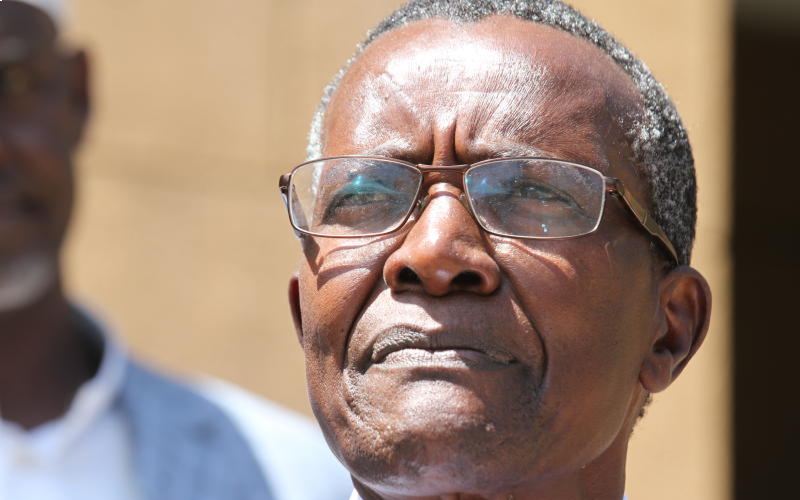 He added that any form of dishonesty amounts to corruption, including jumping queues and “overlapping” to beat traffic.

The CJ also hit out at society for dignifying theft and stolen wealth instead of promoting ethics and values.

“As a result, young people simply join the bandwagon of hedonistic pursuits. They want to buy flashy cars and live in upmarket estates in the first year of their work.

The people they admire most are the known thieves who flaunt their stolen wealth with abandon. If you are in a powerful position and you don’t steal, they will say you are a fool. We know what that means,” he remarked.

Justice Maraga, however, expressed optimism that Kenya can change for the better, provided integrity is upheld at all times.

He also thanked Kenyans for supporting him during his four-year term as Chief Justice, admitting that he is not without blemish.

Justice Maraga is on terminal leave pending his retirement.

Previous article
Loss of green cover create 'heat island' over Nairobi
Next article
Nakuru: Work and leisure on the floor of Rift Valley