This comes after a routine aerial and ground surveillance, that was conducted last week led by the Chief Conservator of Forests Mr. Julius Kamau and which identified areas of interest.

During the aerial surveillance, it was noted that although there was a high survival rate of previously planted mangroves areas, Coastal forests still faced pressures and threats of encroachment in some areas leading to forest pollution, illegal logging for fuelwood, and brewing of illicit brew by some members of the neighbouring communities.

KFS Officers led by the Coast Regional Commandant Mr. Benjamin Were identified the area and conducted a raid where they managed to destroy several 100 litre metallic and plastic drums meant for the illegal activity.

CCF Kamau has issued a stern warning to any perpetrators of illegal forest activities in the area, noting that the long arm of the law will soon catch up with criminal elements out to destroy precious forest resources under KFS jurisdiction for the benefit of all. 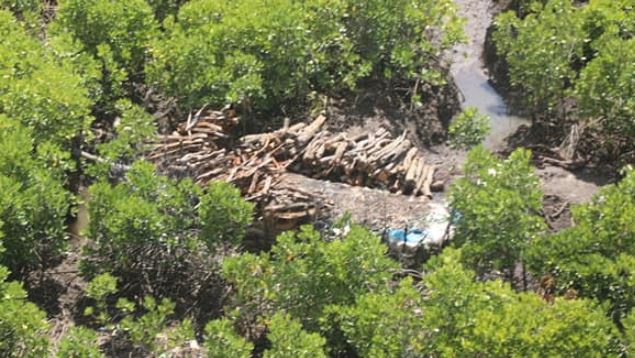 "The Service is keen on ensuring that we conserve, manage, protect, and safeguard forest resources in the country for the benefit of Kenyans," noted the CCF in part.

He also notes that "Operation Safisha Mikoko" will continue endlessly until mangrove forest ecosystems are secured.