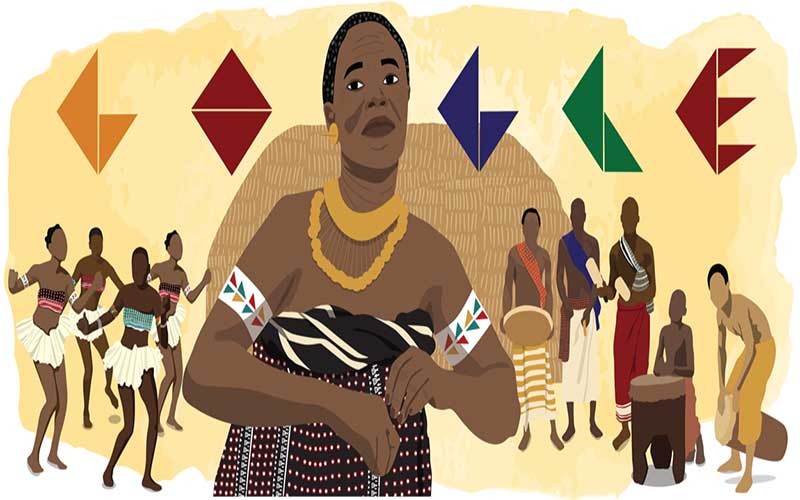 Kenyan female freedom fighter Mekatilili wa Menza, who led the coastal Giriama people to resist British colonial rule in the early 20th century, was honoured by a Google doodle on Sunday in a move widely welcomed by social media users in the country.

The doodle on Google search engines in Kenya showed Menza - one the east Africa nation’s earliest freedom fighters - performing ‘kifudu’, a traditional dance which she used to agitate and call people to arms.

Nairobi-based guest artist Wanjira Kinyua said she was excited to be involved in the project and wanted people to be inspired by Menza and celebrate other women in Kenya who fought for independence from British rule.

“I hope this Doodle will help people remember Mekatilili wa Menza’s legacy and emulate her courageous spirit, and also to celebrate women who fought for independence in Kenya,” said Kinyua in a statement released by Google.

There has been increasing conversation globally about celebrating Black history after a wave of global anti-racism protests sparked by the death of George Floyd, a black man, in police custody in the United States.

Believed to be born in Kenya’s coastal county of Kilifi in the 1840s, she was named Mnyazi wa Menza, but after the birth of her son her name was changed to Mekatilili meaning “Mother of Katilili”.

After becoming a widow, she organised the Giriama people to rebel against the British who threatened their sovereignty and freedom with forced labour and taxation.

Her leadership contributed to uprisings in 1913 and 1914, and despite multiple arrests and imprisonments, she was successful. The British ultimately relaxed control of the region, granting Menza and the Giriama people’s demands.

Menza died in the 1920s of natural causes. The Mekatilili wa Menza festival is held in every August in Kilifi county in her memory.

In collaboration with the National Museums of Kenya and other partners, Google also featured a photo essay detailing Menza’s story.

“We believe our Heroes deserve better. They have played their part in nation building.

Ranches near Mara to remove fences