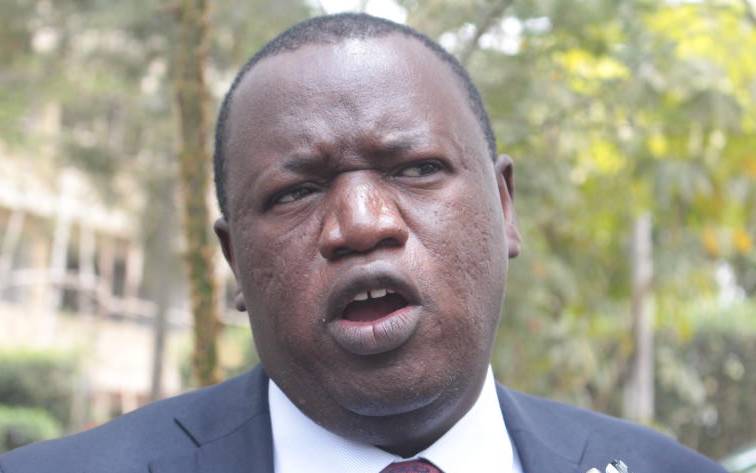 The Principal Secretary at the State Department for Devolution, Charles Sunkuli, has ordered all staff to self-isolate for 14 days after 18 employees tested positive for Covid-19.

This means that operations at the key Ministry's departments may grind to a halt for the next two weeks.

All staff are required to self-isolate from August 3 to 16.

The PS (pictured above) made the revelations in a memo sent to the heads of departments and circulated to the media.

“Following mass testing for Covid-19 that was done on July 23, 2020, it has come to our attention that 18 officers tested positive for the disease out of 128 samples. The purpose of this memo is to request you to inform all the officers working in your department to isolate themselves for the two weeks,” Sunkuli said.

The officers will be subjected to another mass testing on August 17 upon resuming work.

Many government and private offices are now affected by the pandemic. On June 30, the Speaker of the National Assembly Justin Muturi revealed that two Members of Parliament had tested positive for Covid-19. Muturi fought off rumours that more MPs may have tested positive for the virus making Parliament building a possible hotspot.

“I wish to note that far from the speculations reported in the media and elsewhere, information available to the office of the Speaker indicates the two cases of the virus that have been reported among Members of Parliament,” he stated.

“Going forward, we will endeavour to ensure that Parliament and all the users are safeguarded from the disease through continuous collaboration with the Ministry of Health.”

Both the National Assembly and the Senate have been forced to implement health safety protocols to combat the spread of the virus. Such include social distancing in seating, prohibiting swapping seats, prohibiting lawmakers above 58 years or those with underlying medical conditions from making physical appearances in the Houses.

On July 29, Chief Justice David Maraga ordered for the closure of Milimani Law Courts after it emerged that one staff member had tested positive for the virus while several others experienced similar symptoms.

The CJ revealed in his statement that the staff member had interacted with others and therefore closure was ordered for two weeks to allow for self-quarantine.

“One member of staff has subsequently tested positive for Covid-19,” a statement from the CJ’s office read in part.

“The leadership of the Judiciary has in consultation with the Ministry of Health taken the necessary steps to suspend physical court operations. This will enable all members of staff at Milimani Court to self-quarantine and get tested before the resumption of duties,” it further read.

“Respective Heads of Division and Courts will issue directions on the handling of matters that will be affected by the closure,” CJ Maraga said, as he added that court activities would go online. Beside this are other incidents. They include the closure of Makadara Law Court after two employees tested positive, closure of Rongo court under a similar circumstance and Mombasa Law Court which was also closed after 11 employees tested positive.

The government has come up with safety protocols to combat the virus. They include the dusk to dawn curfew, wearing of face masks and social distancing.