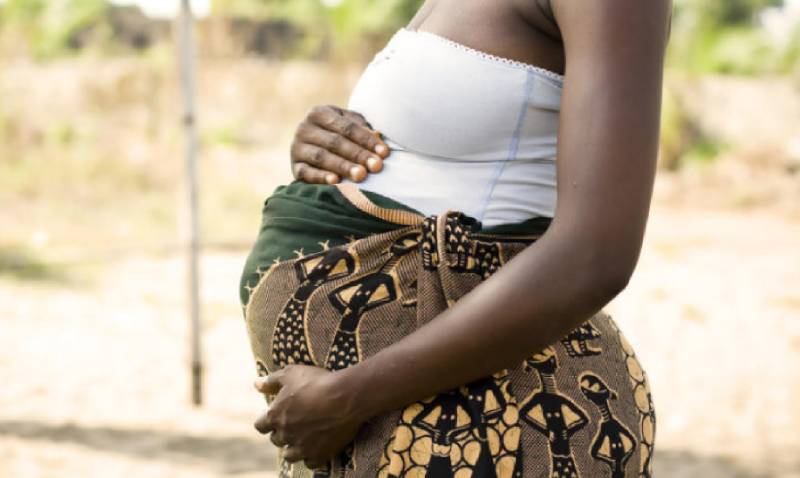 In 2010, a 16-year-old girl became pregnant out of an alleged defilement by her then class prefect.

She, however, kept quiet about it until the eighth month when her parents discovered her little secret, and the prefect was subsequently charged with defilement.

Sikuche Wanyama was jailed for 15 years for defiling the girl identified as VNW in court papers.

Seven years later, Wanyama is a free man and will enjoy Christmas like the rest of us after the High Court allowed his appeal, citing the girl’s deceitfulness and lack of strong evidence.

VNW claimed that Wanyama forced her to have sex with him, but High Court judge Hillary Chemitei argued that there’s no way she could have hidden her pregnancy for eight months knowing that it was as a result of a forced affair.

In this case, the prosecution did not file a reply on why Wanyama should not be released.

“What I am unable, however, to appreciate is the truthfulness of the complainant. If she became pregnant as a result of the incident how then was it possible for her not to know that she was pregnant till February 2011, about eight months thereafter.

“Why did she fail to reveal (her pregnancy) to any of her relatives or even teachers. I do not think that it was possible for her to hide the pregnancy for that long yet she knew that the same was as a result of force,” the judge ruled.

Cases gathered by The Standard point to a growing concern as to whether minors are able to consent to sex.

Sexual offences Act is categorical that a person below 18 years cannot consent to sex. It provides a punishment of life imprisonment for anyone who defiles a minor below the age of 12, and 15 years or more if the girl is between 13 and 18 years.

On November 17, 2015, Justice John Mativo released Duncan Mwai on appeal after finding that his relationship with a 14-year-old girl was mutual and had been approved by their parents.

Mwai had been jailed for 20 years by the magistrate’s court.

The girl told the court that she was ready to be Mwai’s wife.

“I have evaluated the evidence tendered by the prosecution and the appellant in the lower court and I am persuaded that the same does not disclose a guilty intent on the part of the appellant. As mentioned above, he informed his parents that he had gotten married and arrangements were made to notify the girl’s parents,” the judge ruled.

“At the time of arrest the girl asked the police why they were arresting the appellant and in court she admitted they were living as husband and wife and that she ran away when her parents came looking for her.  I find nothing in the evidence to suggest that the appellant had reason to doubt the consent or her capacity to consent,” Justice Mativo added.

More complex is the issue of consent when both parties are minors. Justice Hellen Omondi, Justice Fred Ochieng in separate judgements raised concern on who between the girl and the boy should be punished if they have not attained the legal age.

Justice Omondi in her decision involving a minor named POO said in the event such cases happen, counselling is a better option than punishment.

“These are minors - both in their teens when hormones are raging madly. They decide to experiment on their prowess mutually - then lo and behold the girl gets pregnant and an enraged parent reports to the police, who in turn arrest the boy,” said Justice Omondi.

She continued: “Does a boy under 18 years have the legal capacity to consent to sex? Haven’t both children defiled themselves? I think these are children who need guidance and counselling rather than criminal penal sanction. I really think in this kind of situation should be re-examined in the criminal justice system.”

Justice Ochieng in another case, involving a boy named CWK said there should be a research to ascertain whether there were ways of offering protection to both the boy and the girl if they are entangled in such offences.

A majority of judges have opted to stick to the law and punish but a curious observation is that most of cases are of young people who knowingly and agreeably commit an act that is meant for adults.

Away from the court cases, a phone rang at child helpline in Nairobi early this month. This was a call for help from a 15-year-old boy who had been forced to marry his 14-year-old girlfriend.

They are both secondary school students.

Both families met and it was mutually agreed that the girl would move to the boy’s family as a wife. After giving birth, she would resume her education facilitated by the boy’s family.

The boy’s request to the helpline was that the agency should speak to his parents as he is not ready to be a father and a husband.

All he wanted is that the girl should stay at her home and their parents to consider assisting in raising the child after birth without forcing him to marry the girl.

In another case also reported to the agency, two minors aged 17 decided to elope from their parents’ homes to get married. Their friend gave away their hideout but they got wind they were being pursued.

They ran away again and have not been seen to date.

Statistics obtained from Child Helpline indicates that a total 69 cases of child marriage were reported this year. Out of this, 57 were girls and 12 were boys.

The most likely age for a female child to be married, according to the statistics is 11 and 15 years which is similar to that of boys.

The most likely age for a female child to be married, according to the statistics is 11 and 15 years which is similar to that of boys.

In another case, a 16-year-old boy reported to Child Helpline last month of abuse by his 18-year-old girlfriend after he discovered that she was seeing another man.

He had already moved out of his parents’ house to marry her.

The boy admitted that although he knew his marriage was illegal as he had not attained the age of majority, he said that he wanted to enjoy a good life that the girlfriend lavished him with things he did not have at his home.

Tracing her was an impossible task as she had rented a house where tenants are not required to give their details and also she used a fake identity whenever they moved in to a new house.

On sexual abuse, the agency recorded 422 cases and again the most prone group are those aged between 11 and 15. This is followed by 16-17 years.

There were 250 female minors who reported cases of sexual abuse as compared to 37 boys.

Speaking with The Standard, Kiama Wangai, a lawyer, was of the view that changing times are giving both the judges and society a hard time to contain the menace.

According to him, failure by the State to appeal a 2014 decision by Justice Said Chitembwe who released a man after finding that the minor behaved like an adult meant that it had acceded to the judge’s thinking.

He noted that currently, there are two laws which need to be harmonised – the Sexual Offences Act and the verdicts by the court.

“Law comes from society and it is the one that sets them. The society wants to safeguard the child and should not engage in sex. The challenge is that the environment has changed and the reasoning of the court. That means they can no longer be protected by the law,” said Prof Wangai.

Lawyer John Chigiti said although the law is set for the best interest of a child, by limiting the right to productive health of a minor; the society should re-look at the emerging trend in a bid to make decision on whether to lower the age or not.