By Irungu Houghton | 1w ago 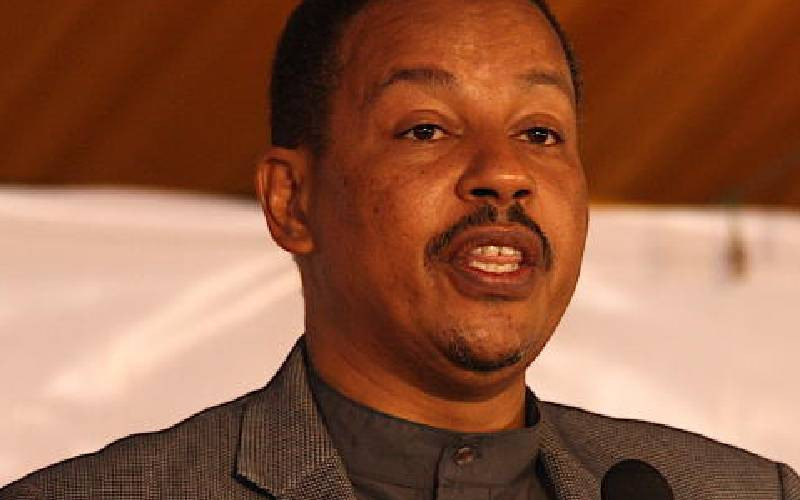 As netizens benchmark their personal experiences against the latest Kenya Demographic and Health Survey 2022, it is worth keeping in mind Oscar Wilde’s famous observation, everything about sex is not about sex, it is about power.

From a health rights and gender equality perspective, the new survey contains six core findings. Annually, Kenyan men have four times more sexual partners than women. One in three girls over the age of 15 and women have experienced physical violence. Girls are six times more likely than boys to experience sexual violence. However, boys are far less likely to report or seek help or justice. Tragically, sexual violence increases as both girls and boys grow older. Rather than being a haven from public violence, marriage is twice as risky.

Predictably, the survey warns us again that the teenage pregnancy trends remain too high especially in Samburu, West Pokot, Marsabit and Narok. The findings validate Bungoma activist Sarah Munoko’s efforts that gender based violence trends in Bungoma are skyrocketing. They reinforce calls for increased programming to stop intimate partner violence seen recently in the cases of both Phyliss Jepleting and Edwin Chiloba.

Teacher associations, the Teachers Service Commission, and Education Ministry also need to urgently address the KNBSS finding that, apart from spouses and partners, teachers are the next major category of perpetrators. Thankfully, prevalence of female genital mutilation has halved to 15 per cent over the last two decades. Incoming Anti-Female Genital Mutilation board chairperson and former UDA party leader Surum Korema must maintain the progress under her predecessor Agnes Pareiyo and address the increasing incidences of sewing women’s clitoris completely shut.

Realising Article 43 of the Constitution and the right to health including reproductive health care also rests on declaring a breakthrough in health insurance uptake and quality. Only one in four of our family members have health insurance.

For those in poorer rural areas, those without insurance drops by half to one in eight. Can NHIF, health rights organisations and health facilities jointly declare 2023 the year of health insurance public sensitisation?

At least 5 per cent of Kenyans, many women, are systematically blocked from a full life by organisational policies or practices that lock out people with disabilities, physical barriers in the way our streets, buildings or schools are designed or our discriminatory attitudes and prejudice. The choices Kenyans make to have sex or not, children or not, work or not and own houses or not, are not free choices. Behind the report, lie hidden drivers for the choices we make. They include privilege, poverty and power.

If we want to drive down tuberculosis, mental disorders and kidney related illnesses among Kenyan men we will have to address poverty, toxic masculinity, patriarchal privilege, dietary and life-style choices.

Reducing arthritis, hypertension and HIV/AIDS for women will require us to reduce the work burden, eliminate violence and expand their inherent rights to choose and reject their sexual partners, including their boyfriends and husbands.

Her personal contribution to gynaecology and obstetrics deserves wider recognition.

Daktari Catherine would be proud of the progress she and thousands of health workers and gender equality advocates have caused and now captured in this 2022 KNBS report. We release her to the ancestors and thank her for service.

Court orders for arrest of former Nakuru county officials in Sh7.9m tender
Rift Valley
By Daniel Chege
12 mins ago
Court drops attempted murder charges against three
National
By Erick Abuga
16 mins ago
Malawi anti-graft chief suspended over leaked audio clip
Africa
By VOA
25 mins ago
Premium Why police officers could smile all the way to the bank
National
By Kamore Maina
2 hrs ago
.