Ignoring electoral safeguards could lead to a flawed process

By Irungu Houghton | 7mos ago 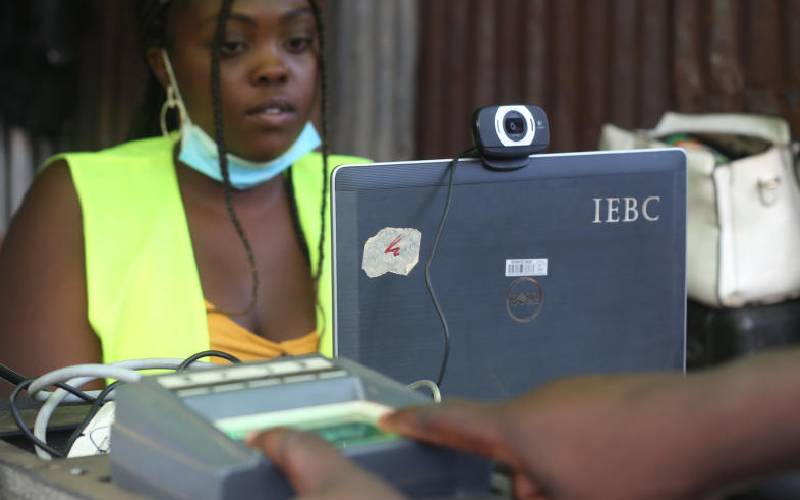 Most thespians and theatregoers will tell you great plays rest on the quality of the script, the depth of the characters, the sophistication of their language, the rhythm and spectacle.

Kenyan elections are no different. While not quite an exodus, the departure of State officials from national and county offices was significant this week. If the 2022 General Election was a play, two of the five theatrical elements are now in place.

Six million Kenyans wrote the script for the play called elections 12 years ago. Under the Constitution, every citizen has the right to form and campaign for political parties or causes of their choice and elect their leaders in free and fair elections. Political parties must have a national character, uphold national unity and be democratically governed. Elections must be conducted by an independent body and held by secret ballot in an environment that is transparent and free from corruption and fear.

It must also ensure that both men and women and persons with disabilities are represented.

Barely seven months away, the fifteenth post-independence elections seem to be twisting off-script on several fronts. Abuse and incitement seem on the tip of political aspirants’ lips, while their hands drip with handouts and bribes. The latest disgrace being the abuse hurled at presidential aspirant William Ruto’s septuagenarian mother Sarah Cheruiyot by party activist Francis Atwoli.

It is not just that MPs are attempting to remove political parties from Auditor General oversight or the obligation of achieving gender equality. It is that we are likely to see State resources deployed to campaign for candidates associated with the Jubilee administration. If not interrupted, these developments set up a predictable narrative for poll losers and risk the integrity and credibility of the entire exercise altogether.

One month away from the primaries, no political party has been held accountable for stealing personal information to inflate membership numbers. We, the victims, have been left to deregister ourselves. The absence of clear campaign financing legislative standards found their way into the defence pleadings of former Nairobi Governor Evans Kidero recently. His lawyers unsuccessfully claimed the Sh427m held in his accounts were campaign contributions and should not attract taxes. In his judgement, Justice David Mayanja earned himself a nomination for best support actor role in my view.

With several resignations this week, the characters of the next General Election are slowly falling into place. Four Cabinet Secretaries, nine Chief Administrative Secretaries and four Principal Secretaries along-side several national and county civil servants have joined thousands declaring their interest so far.

A series of national delegates party conventions, most significantly the upcoming Jubilee Party Convention on 25 February will soon cement the presidential race. As we turn the corner to the primaries over the next two months, we must be clear that both the delegate or consensus systems of party nominations return Kenya to an elite-centred political exercise that will vomit on the shoes of the electorate.

Increasingly hungry, cynical, and mistrusting, Kenya’s young electorate are increasingly demanding to be paid or rewarded to register to vote. The context is ripe for a organised minority to subvert the substance of democracy while the majority is neither organised well enough or doesn’t care enough to stop them.

Our Constitution was not designed for governments of ethical women and men. It was designed for those who lie, demonise and steal from the public. Electoral law tampering, overlooking electoral safeguards and ignoring public participation risks the slide to unconstitutional seizures of power and coups. We ignore the recent lessons from six West African coups, armed conflict in Ethiopia and Mozambique and flawed elections in Uganda and Benin at our peril.

Let us hope this isn’t the climatic finale to our national play.