Former fiery Cherangany MP KIPRUTO ARAP KIRWA speaks to ONYANGO OLOO about his years in the political cold, getting two master’s degrees and PhD, his hopes for Kenya’s future.

What lessons have you learned?The two degrees have integrated my knowledge in management, leadership and international studies. I now look at issues with clarity of mind and the openness to accommodate divergent views. I am better equipped to deal with debates between the status quo and new innovations, ideas and perspectives.

As Minister for Agriculture, you considered your ministry the best performing then. Why?We were able to retire farmer’s arrears in the sugar industry from Sh2.7 billion to zero. The Agricultural Finance Corporation had lent to farmers a paltry Sh4 million in 2002 and upon taking over the ministry in 2003, were able to build that portfolio to Sh3 billion lent to farmers by the end of 2007. We also rolled out a Strategic Plan for the ministry in 2004 that would guide the policy for a ten-year period (2004-2014).  In a period of two years, the GDP contributed by the sector moved from negative 2.4 per cent to 6.8 per cent. Staff motivation is perhaps one of the most important milestones that I derived a great deal of satisfaction and fulfilment from.

In hindsight, what would you do different if given another opportunity?I would spend more time instituting measures and structures to build the capacity of ministry staff to perform better and help their colleagues to perform better as well. In so doing, human and financial resources would be put to better use, leaving the ministry workforce appreciated, respected and engaged.

What would be your expectations of an Azimio government should they clinch power?High moral probity, prudent use of institutional resources and adherence to the coalition’s stated principles and values and servant leadership.

You were the deputy chair in United Democratic Alliance. What prompted you to decamp to Azimio?I do appreciate that I was given the opportunity to serve at that level since I had earlier decided to work with William Ruto without any position in mind. Increasingly, it became apparent that a number of issues exposed certain elementary differences between the two of us.

What are these differences?While I do believe in allowing institutions to operate without interference and the principle of delegation, my brother on the other hand came across as a micromanager who pays scant attention to advice and opinion of others. The party primaries are such an example where he literally presided over. The last straw that broke the camel’s back was the choice of running mate against the advice of politicians within his inner circle. The Azimio team, on the other hand, picked an individual whose performance and record speak volumes in terms of governance, respect for human rights, openness, inclusivity and a belief in rewarding every effort of all Kenyans.

You cited lack of democracy in UDA when you defected to Azimio. What do you mean?Democracy entails allowing people to participate in every activity affecting their welfare, making the people fully informed of choices they are about to make and providing an opportunity for their decisions to be respected. I found this elusive within UDA.

You described the choice of Martha Karua as Raila Odinga’s running mate as a ‘light bulb moment’.  Why?Her selection created a distinction between a team that can be trusted and one that cannot. You only need to weigh Karua’s history and public pronouncements against Mr Rigathi Gachagua’s to get my point.

What do you make of this sustained narrative that the 2018 handshake between President Uhuru Kenyatta and former Prime Minister Raila Odinga, is the cause of inflation, high cost of oil prices and prices of basic commodities?Nothing can be further from the truth. The running of State affairs has been a joint ticket between President Uhuru Kenyatta and his deputy William Ruto. A number of challenges have bedeviled the administration since 2013. Apart from high appetite for loans, domestic and external, there has been high level of graft that is responsible for disappearance of public resources at the rate of 30 per cent annually. Numerous uncompleted projects have added to the wastage and outright pilferage of resources that would have gone a long way in spurring growth and development. The internal conflicts and mutual suspicion between the then brothers and now protagonists have degenerated into cannibalising of internal parts of the system. Uncertainty, indecisiveness and lack of focus by public officers has sapped the efforts of the entire workforce.

Going forward, what should Kenyans do, or not do to make the country better and more prosperous after this election?This election offers Kenyans an opportunity to rediscover their potential here and abroad by exploiting the many advantages we have: a strong and well-trained human resource capacity, resilience of the people and its geo-political position in Africa and the rest of the world. This is only possible if we elect a critical component of governance, leadership and ability to turn around the economy in less than five years. Above all, bad manners does not pay and it is the greatest culprit responsible for dismal performance among many nations in Africa.

What is your next political move?To serve Kenya in any capacity that those in leadership will find my experience, ability and skills acquired useful to make a difference to the future of our country.

Previous article
The rise and fall of MP John Waluke
Next article
Daunting task ahead for new Education CS Machogu
. 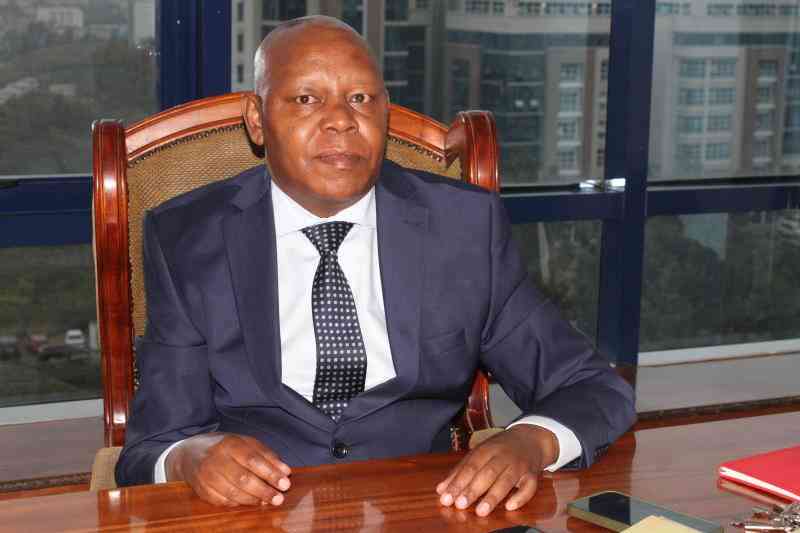 By Benjamin Imende Oct. 1, 2022
Kenya has become a graveyard for ICC witnesses who die mysteriously 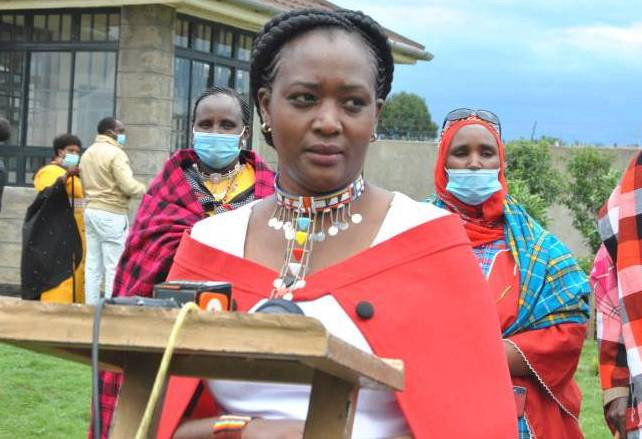 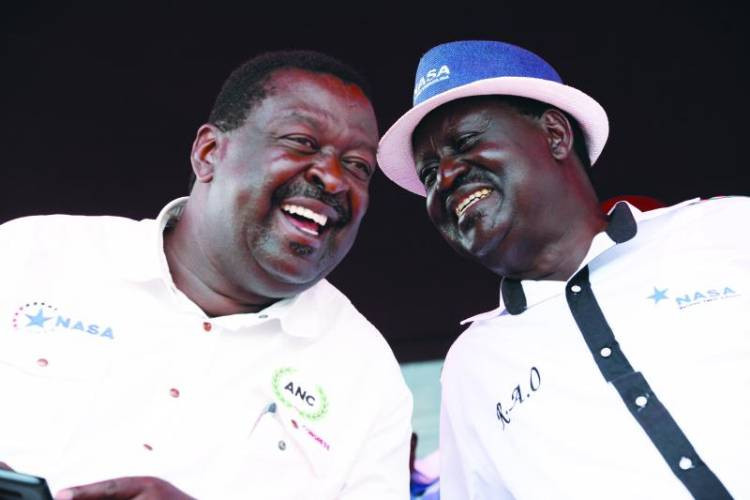 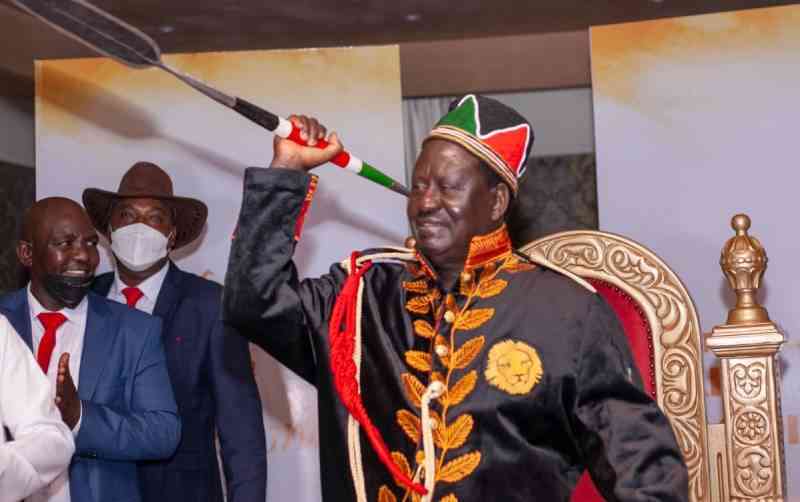 By Jim Bonnie Sep. 26, 2022
Missed presidency: What next for teary Luo Nation? 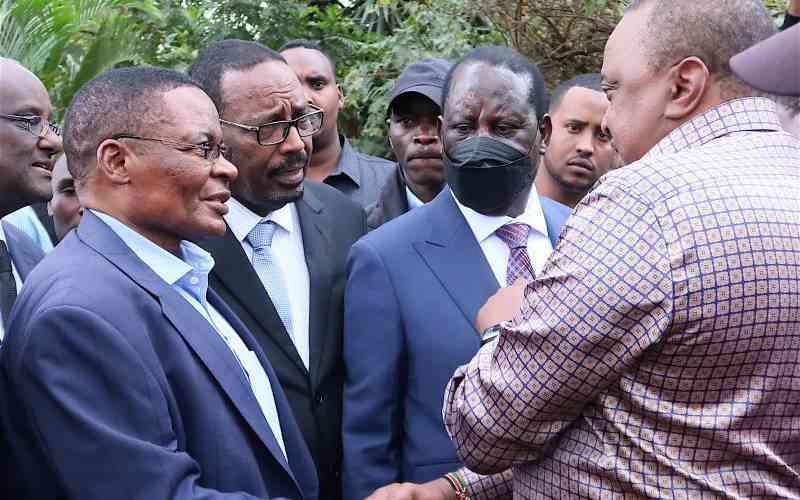 By Eric Nyakagwa Sep. 24, 2022
The law might not offer Azimio solution in majority battle